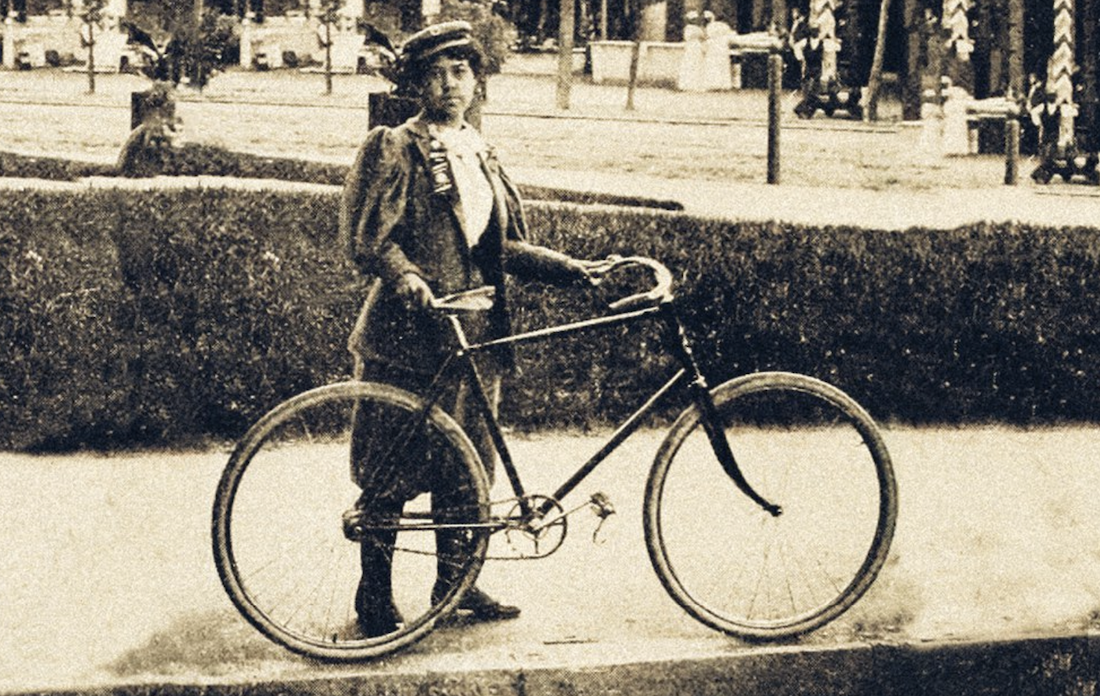 A series of plays about a bicycling barrier breaker.

Kittie Knox was a young biracial cyclist in the 1890s who fought against race-based limitations in America’s post-Reconstruction reaction against Black advancement. During her cycling career (1893 – 1899), she became a well-known century (100-mile) rider, protested the League of American Wheelmen’s color bar in 1895, and refused to conform to conventions about fast riding and wearing a long skirt while cycling. This is a dramatic story of a turbulent time in America’s history with lessons for today’s struggle for racial and gender equality and justice.

This project will commission and produce a series of one-act plays about Kittie Knox, creating a vehicle for multi-racial school, college, and community theater groups, along with bicycling clubs, to stage theatrical performances which reflect on the history of race and gender around the topic of bicycling. The scripts will be made available at low cost to such groups all over the country. An exemplar site-specific production will be initially produced in Greater Boston by Plays in Place. A book of the play scripts, illustrated with production photos from the Boston shows, will be published to help promote the study and production of the plays in both outdoor and indoor settings. Additionally, the project will record and produce audio versions of the plays for streaming online.

For the Greater Boston production, the series of plays will be performed in a series of spots within one large park. Audiences will move from play to play, either on foot or by bicycle, guided by the production team/ushers/volunteers. The plays might also combine with a longer group bicycle ride, after the show. Plays in Place will perform the show multiple times on a Saturday, three shows a day, for audiences of approximately 50 people at a time. Possible locations: Franklin Park in Boston, Cambridge Crossing, Danehy Park in Cambridge, Chestnut Hill Reservoir, and Nipper-Maher Park in Waltham.

MassBike and Plays in Place have formed a partnership to fund and produce this project.

Phase 2: Produce a professional site-specific production of the plays, over a series of summer weekends. These would be outdoor shows, using real bicycles, with professional actors, directors, and designers.

Phase 3: Edit, publish, and distribute a book of the plays. The book would include the scripts, production photos from the initial run, essays on the history, tips on production, etc.

Phase 4:  Record and distribute audio versions of the plays, as well as possibly stream video from the initial stage productions. (Cost varies, depending on technical requirements.)

MassBike is a nonprofit organization that advocates for policies that encourage and support community wellness, equity, and inclusion, enable sustainable growth, drive economic vitality, and reduce greenhouse gas emissions. They have extensive experience in organizing group cycling events and have organized rides and events around Kittie Knox and a diverse group of historical cycling figures and events.

Lorenz J. Finison, Historical Consultant to the project, author of Boston’s Cycling Craze, 1880-1900: A Story of Race, Sport, and Society, a founding member of the Friends of the Bicycling History Collections at UMass Boston, and of the New England Cycling Coalition for Diversity.