Lawmakers at the Massachusetts State House showed strong early support for a massive transportation safety bill that includes several provisions to improve conditions for bicycle riders. As the deadline for bill co-sponsors passed Friday Feb. 3, 73 lawmakers had signed on as sponsors of the House bill; another 38 had sponsored the Senate version.

After a lengthy process that went up against the last possible moment on Friday, the Bike Lane Protection Bill was signed into law by Governor Baker!

Thanks to the support of our members, the efforts of groups like Livable Streets Alliance and the Boston Cyclists Union, and the hard work of key legislators like Senator William Brownsberger and Representative Dave Rogers we are able to celebrate this victory! MassBike filed this piece of legislation and we could not be more thrilled about this success. 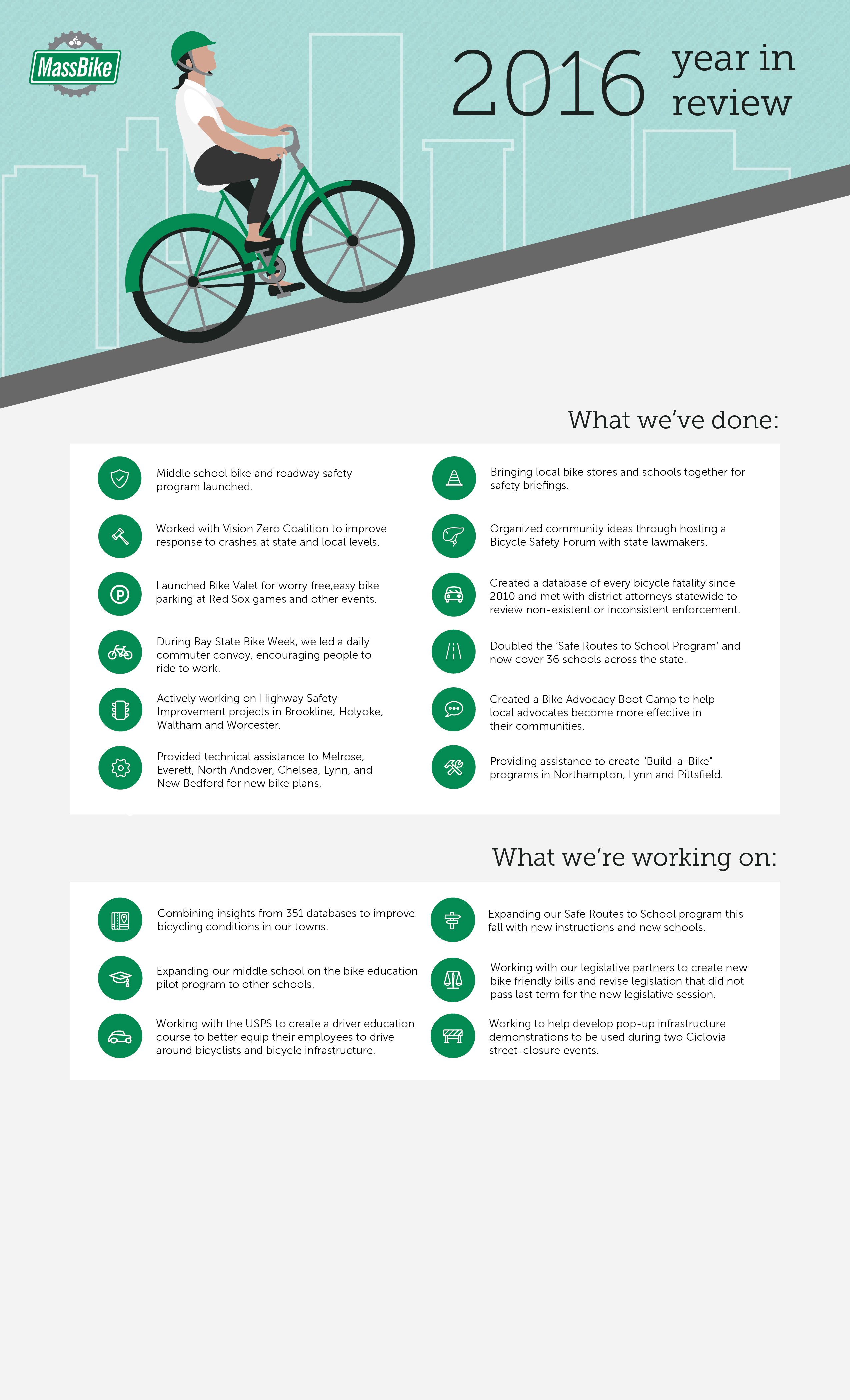 Last Wednesday morning’s tragedy in Porter Square that killed 60-year-old Dr. Bernard “Joe” Lavins of Lexington had a unique component. The door on the cab of the truck showed the name of the company.

MassBike contacted Mitlitsky Eggs, a Connecticut based firm founded in 1964, for comments and information.