Our 40th Anniversary Party last week at John Hancock Financial was a fun celebration that marked bicycling milestones and honored those who have been a part of the movement since the beginning. Special thanks to our host and partner for the event, John Hancock Financial, and to Boston Triathlon for making this night possible. 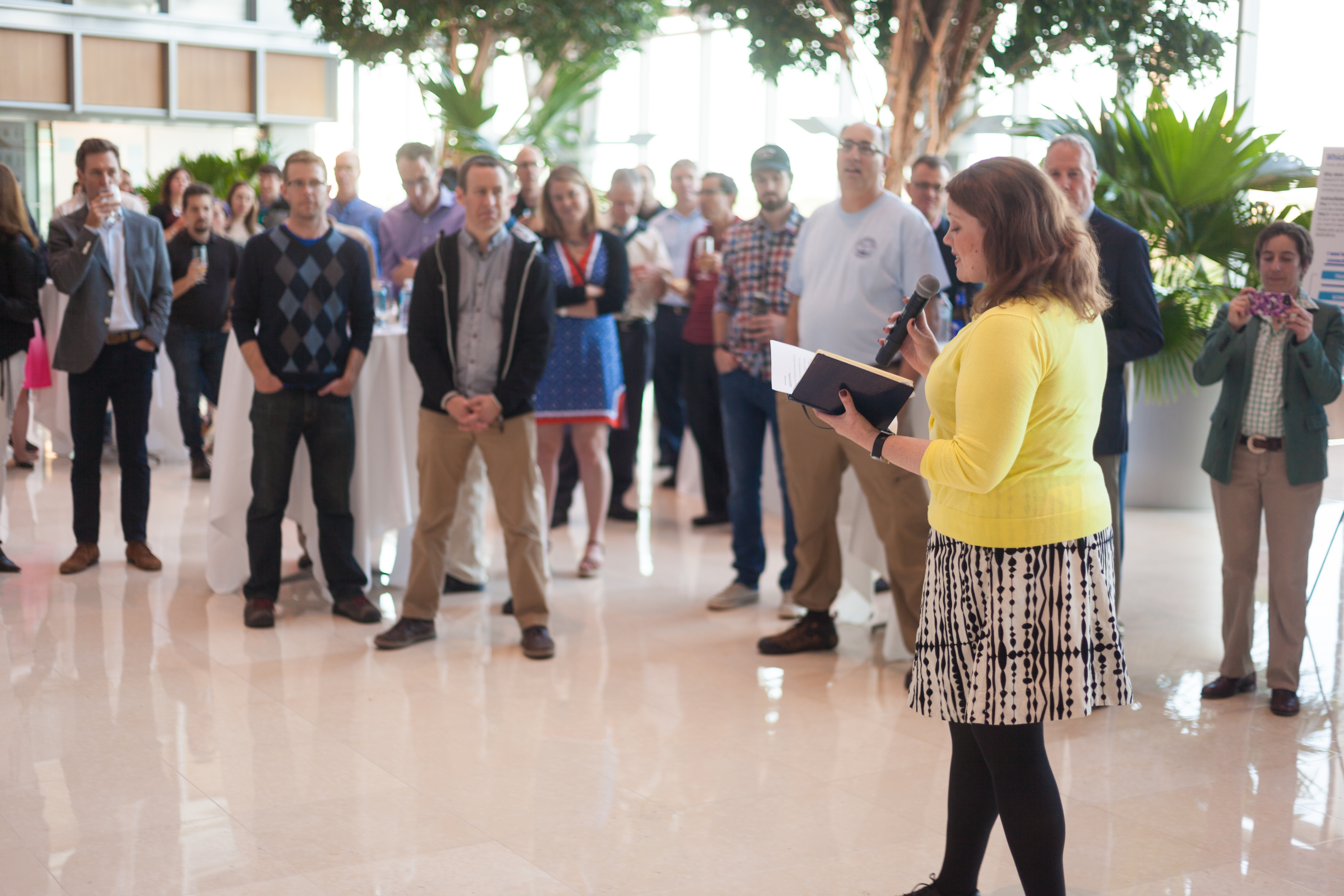 The room was full, not just of bike advocates, but all types of cyclists. There were charity riders, racers, commuters, tourists, utility cyclists, and more. All of them celebrating our accomplishments and all of them wanting better conditions for bikes of all types. Just a few short years ago, not all of those types of cyclists would have been in that room. We have truly become a coalition where all types of riders play a part in our forward momentum.

We'd like to extend our congratulations to those who have been presented with lifetime achievement awards:

The Thomas Menino Award was presented to Rep. Anne Paulsen for her political bravery in promoting bicycling in a car-first culture.

The Art Longsjo Award was presented to Dick Ring, who has dedicated the most to promote cycling as a sport.

The Col. Albert Pope Award was presented to Clint Paige, the business leader that has demonstrated the most support for bicycle advocacy.

The Massachusetts Bicycle Club Award  is dedicated to the Charles River Wheelmen in the spirit of the founders of the League of American Wheelmen and the state's first bicycle clubs as the bicycle organization that has done the most to promote the culture and sport of bicycling.

The Paul Dudley White Award was presented to Andrew Fischer, who has given tirelessly to promote bicycle advocacy in the Bay State.

Check out photos from the evening from photographer Jeff Dietrich

While working on this lifetime achievement awards celebration and our video retrospective of our 40 years, our tiny roster of staff never missed a beat in their advocacy rounds in the weeks leading up to the event.

We found ourselves asking, as we went into this celebration of our progress and history, what will the next 40 years bring?

We’ll work towards further progress with involvement and support from all types of bicyclists. We seek a future with zero traffic fatalities, because even one is too many. But it will take all of us working together, as a coalition, to create that change. We seek a culture shift where drivers take care around cyclists and pedestrians, where we all operate with a “yield down” philosophy. We have made significant improvements on the traffic landscape in the last 40 years and are excited about what we can do in the next 40!

We can only hope to achieve this with your support. Your membership is important to us and keeps us moving forward. Thank you for joining us at our event and for continuing to support our work. We hope to see you at our next event!