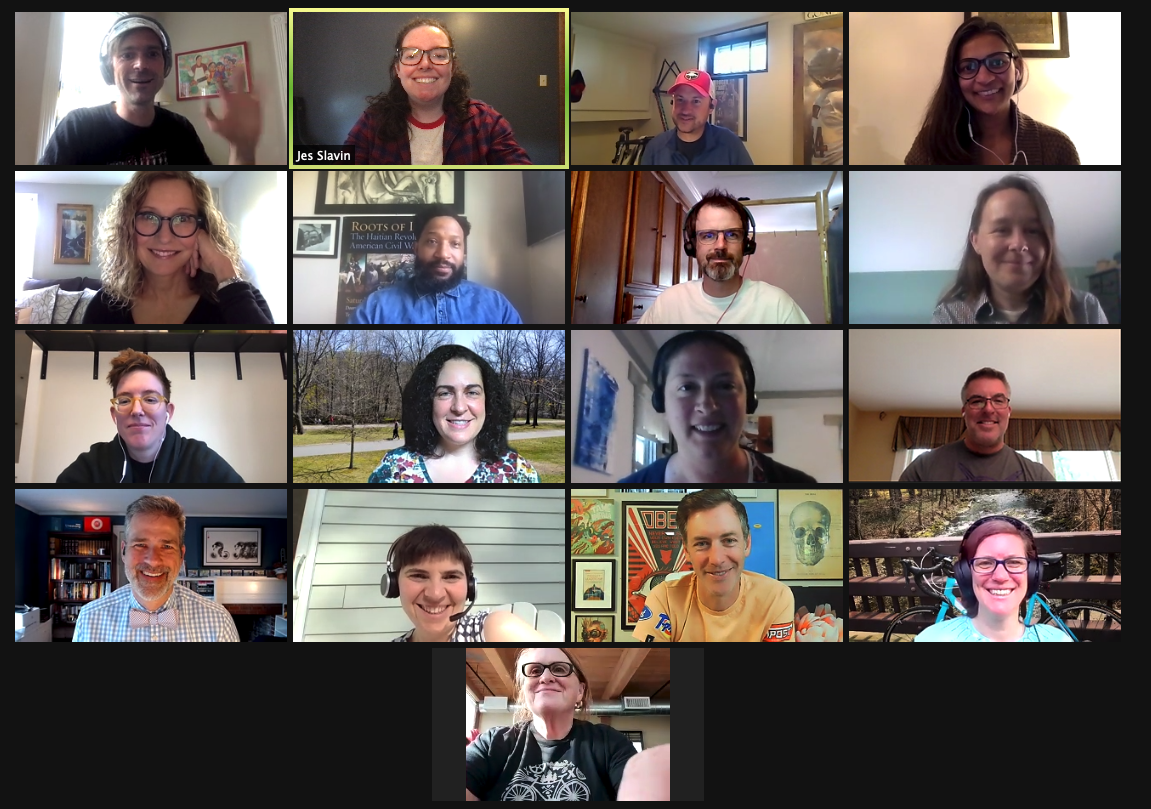 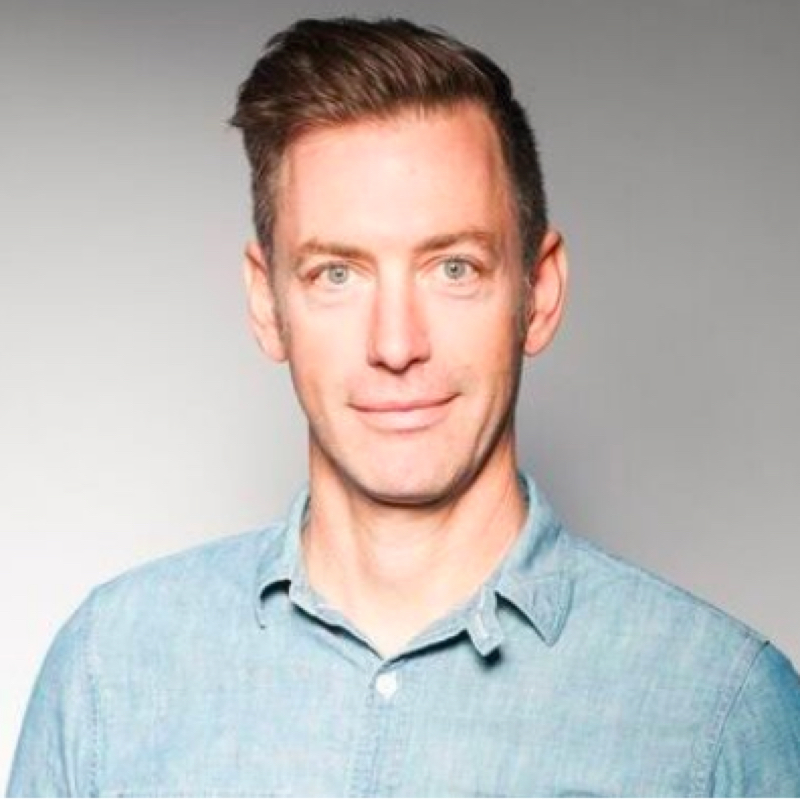 Richard can't remember a time when he wasn't riding his bike. Apart from being an avid cyclist and racing his CX bike, Richard's curiosity for product design and leadership has led to four books on these topics. As well as being co-author of Design Sprint and Product Leadership, Richard also authored Design Leadership and Enterprise Design Sprints.

When he's not writing, speaking or teaching, he is VP of Design Transformation at InVision. Previously, Richard was the CEO of Fresh Tilled Soil, an international product design agency. Over the past two decades, he's delivered design and product work for hundreds of companies like Intel, GE Healthcare, Tripadvisor, Walgreens, FedEx, LendingTree, Time Warner Cable, BWIN, Ritz-Carlton, Harvard University, MIT, Hubspot, and Vertica. Prior to running Fresh Tilled Soil, he was a founding member of Acceleration (now a WPP company). 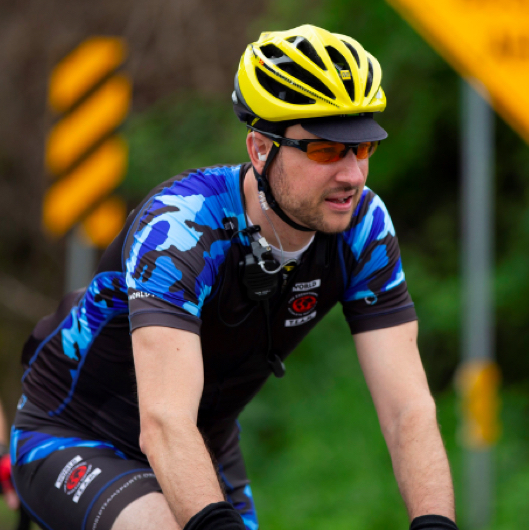 Jon has always looked to his bike as a source of youthful joy. From mountain biking at an early age through high school to road cycling and cyclocross as an adult and commuting into Boston from theNorth Shore, he feels serving on the MassBike board is a great way to support the growth of cycling in Massachusetts. Since 2010, Jon has been professionally organizing and fundraising for non-profit bike rides.

Jon currently serves as President and CEO of World TEAM, a non-profit that supports adaptive athletes through inclusive sports programs. Jon lives on the North Shore with his wife and two children. 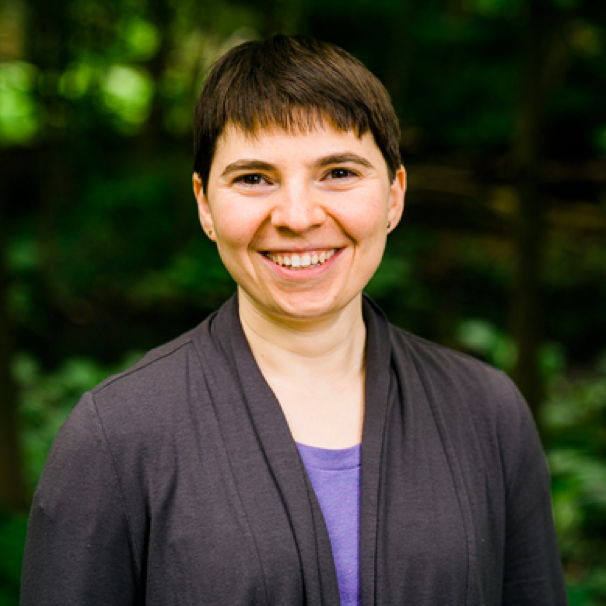 Allison was overjoyed when her parents got her her first bicycle at age four, as soon as her legs were big enough to reach pedals. It was love at first sight. She immediately began to explore the city, pedaling furiously behind her father up the big hills.

After college in Connecticut, she moved by bicycle back to Seattle. In addition to cycling cross country, she’s cycled the Pacific Coast, Lands End to John O’Groats, the Dales, the Moors, and the Peak’s District, and extensive tours of New England.

In addition to being a fair and foul weather bike commuter and tourer, when she’s not cycling, Allison enjoys exploring paths while running, finding ponds and lakes to swim in, and navigating hiking trails in and out of state, all fueled by her encyclopedic knowledge of New England’s bakeries and ice cream shops. She brings experience working in the nonprofit, private, higher education and public sector in Seattle, Boston, and the United Kingdom. 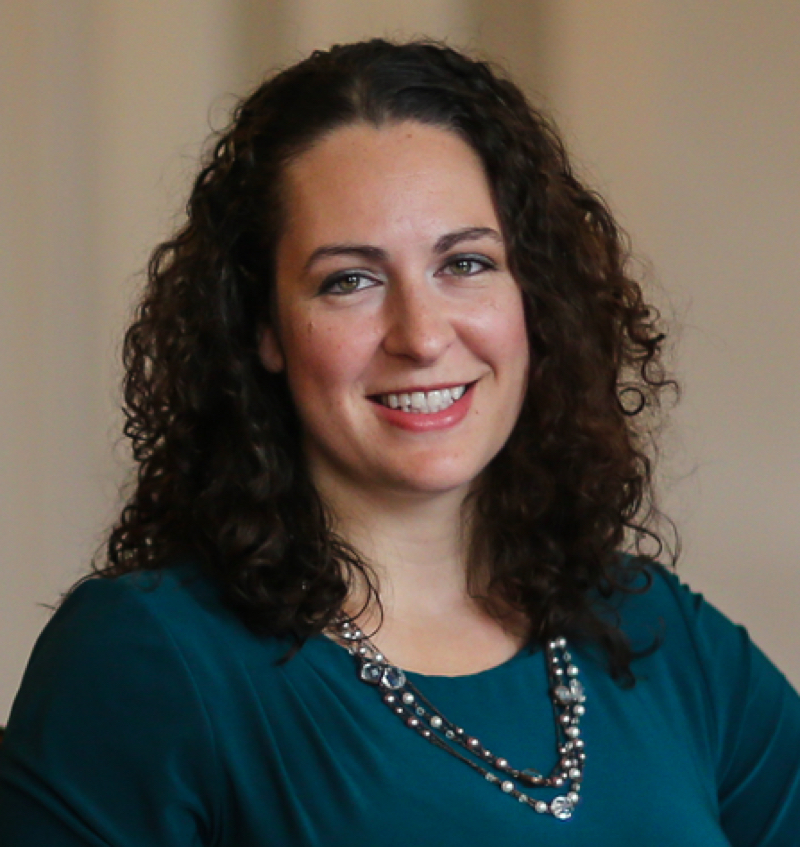 Erica’s experiences as an urban bike commuter encouraged her to get involved with advocating for safer streets and low-stress biking opportunities. Inspired by her parents’ 40+ years of advocacy for local urban parks, Erica has been a community activist as long as she can remember. Working with a range of partners from neighborhood associations, to government officials, to property managers, to real estate developers, Erica has led numerous efforts to foster vibrant, healthy neighborhoods. In addition to serving as Chair of the MassBike Board, Erica currently serves on the board of JP Centre/South Main Streets in Boston.

Professionally, Erica founded and led the sustainability program at Suffolk University, served as the Legislative Director at the Environmental League of Massachusetts, and now leads communications for Boston University Sustainability. She also supports mission-driven individuals and organizations by providing career coaching and strategy consulting services. 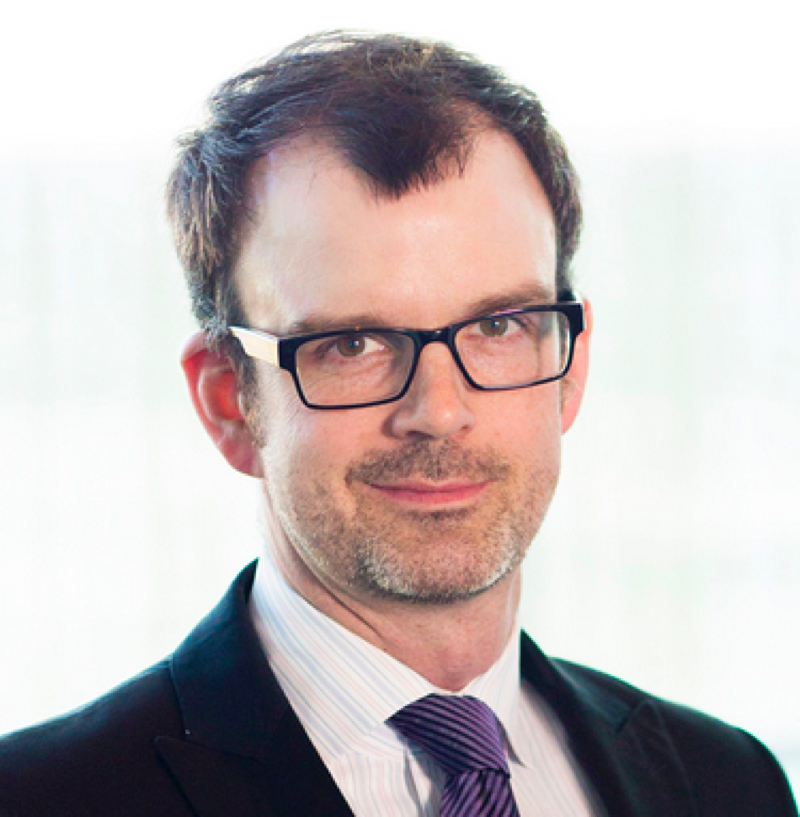 Charlie is an avid cyclist, commuting to work regularly and jumping into the occasional race, too. He has served on the MassBike Board since 2016. He joined to give back to the cycling community that has given him so much joy in life and over the years has developed an increasing awareness of the role cycling can play in creating more sustainable and accessible cities.

By day, he works as a finance executive at John Hancock, while most of his evenings and weekends involve attending his kids’ activities. 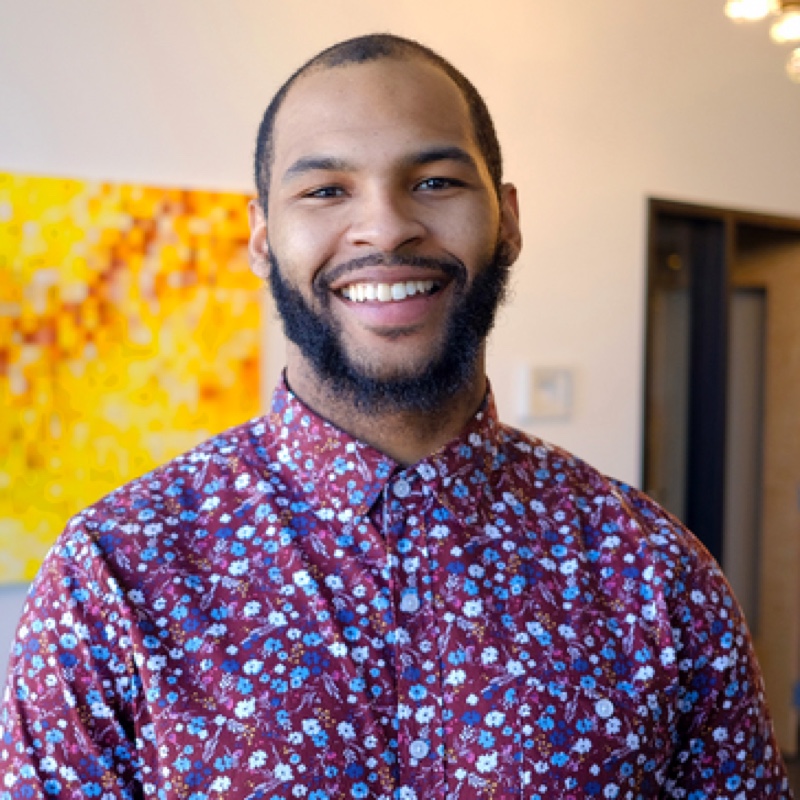 Jimmy started his career at MassBike as a Healthy Design Coordinator in the summer of 2013, developing community models and infrastructure focused on socioeconomic determinants of health and environmental justice.

Currently, Jimmy serves as a community and transportation planner with the Commonwealth’s local regional planning council, tasked with the physical, social, and economic development of Brockton and 16 other communities across Southeastern Massachusetts.

Jimmy holds a B.S. in Geography and Regional Planning with a concentration in Ethnic and Gender Studies from Westfield State University. 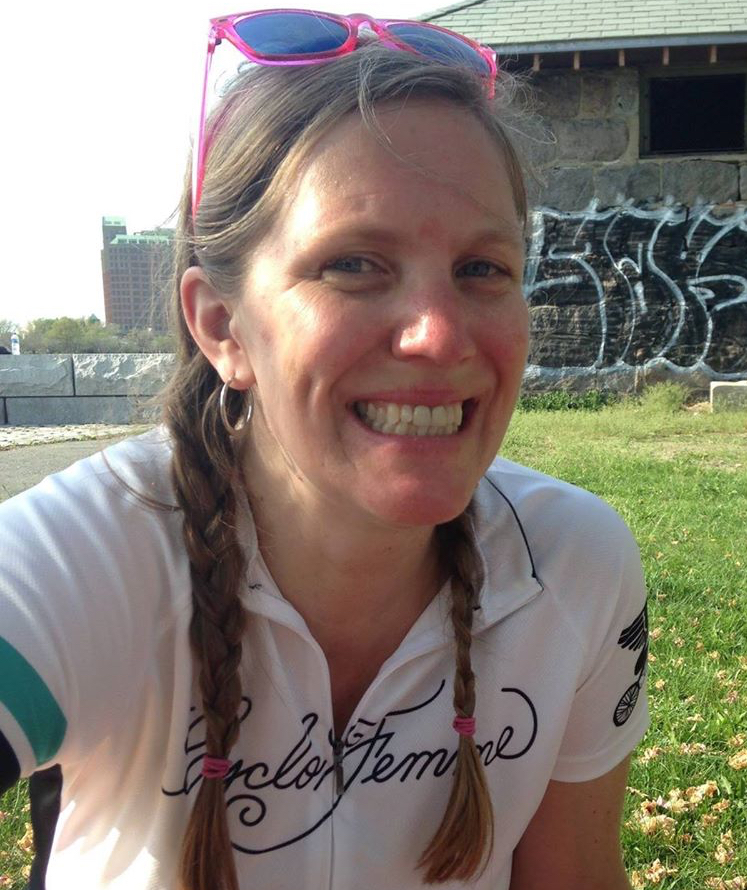 Kristen has been an avid bike commuter for the past 5 years. Kristen began commuting to work when she worked for the Appalachian Mountain Club in downtown Boston. This bike commute took her from Cambridge to Beacon Hill. While in Boston, Kristen participated in the Boston Bike Party and the Santa Rampage events. After moving to Western Mass, Kristen commuted daily from Northampton to Amherst. She is an active road cyclist and participated in the Western Mass Food Bank Will Bike 4 Food and Pedal to Pints events. In her professional career, Kristen has worked for the Appalachian Mountain Club for over 15 years advocating for land protection and trails. She is also a craft beer enthusiast and homebrewer. 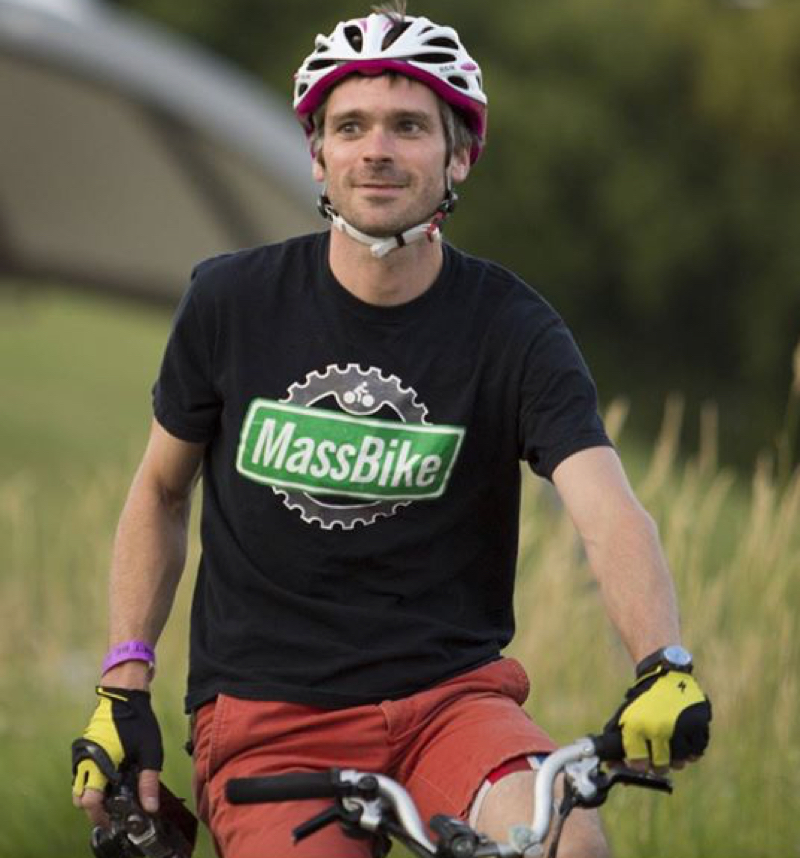 Galen has been involved in MassBike since his days at Boston University, when he helped kick-start the bicycle advocacy movement by co-founding a student group BU Bikes. Before taking the helm at MassBike, Galen worked at Landry's Bicycles in the advocacy and marketing department, worked for the start-up the Hubway bike share company for the first three years of the program, founded a community bike co-op non-profit in Allston called CommonWheels, and has worked as a pedicabber and bicycle activist in the Boston area for over a decade. He especially enjoys teaching folks some of the basics of biking to break down barriers and get more folks riding more bikes more often.

Galen holds a B.A. and an M.A. in Social Movement Theory and Multimedia Journalism from Boston University. 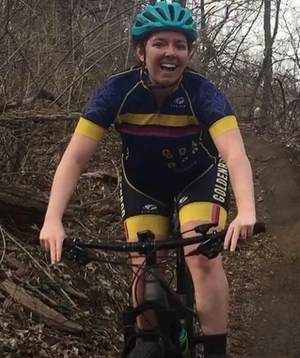 Jes grew up riding her bike on the Southern New England Trunkline Trail in her hometown of Douglas and started bike commuting while living in Boston. After being tricked into racing a mountain bike short track race on her hybrid commuter bike, Jes fell in love with bike racing. She has raced cyclocross, mountain bikes, and gravel.

Jes holds a B.F.A in Writing, Literature, and Publishing with a minor in Photography from Emerson College and an M.A. in Educational Administration from the University of Nebraska-Lincoln. 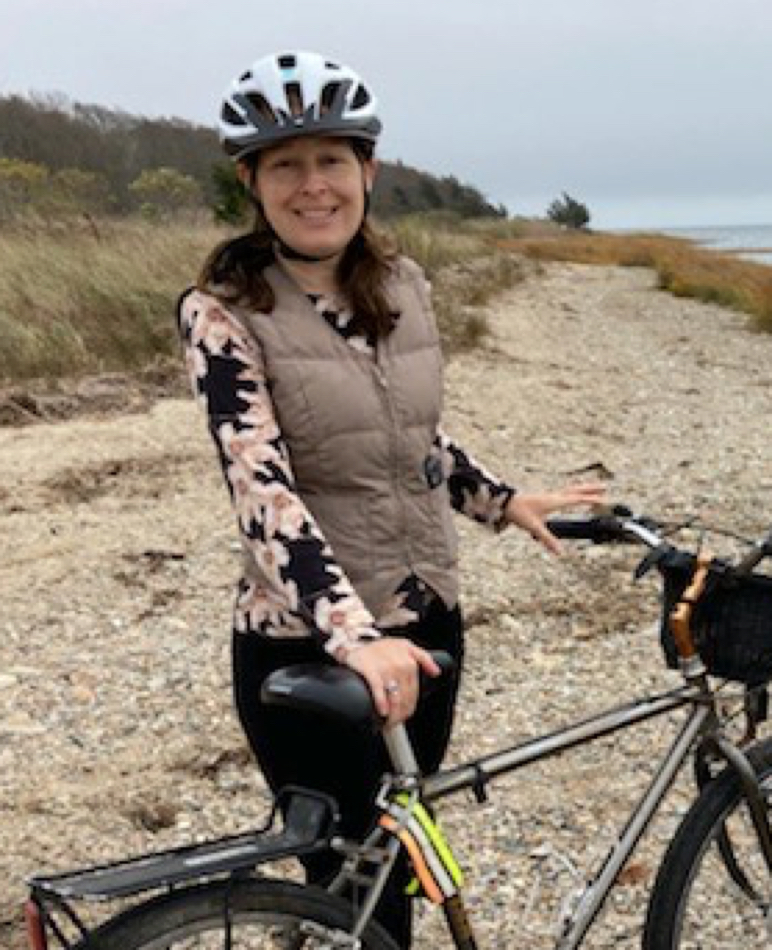 Chrystal remembers getting a shoelace wrapped around her bicycle crank as a child and she warns kids about that today. Her cycling hours have increased substantially during COVID-19 for exercise and fun. Currently she runs errands by bicycle, accompanies her daughter on the school route, and rides rail trails with her family. She has moved back to her hometown after long stints in California and Pennsylvania. Her nonprofit development career started in 1999 with Mother Jones magazine and she has worked in public broadcasting/media and health & human service organizations leading individual, corporate, and foundation giving.

Chrystal holds a B.S. in Health Management & Policy and a minor in Gerontology from the University of New Hampshire-Durham. 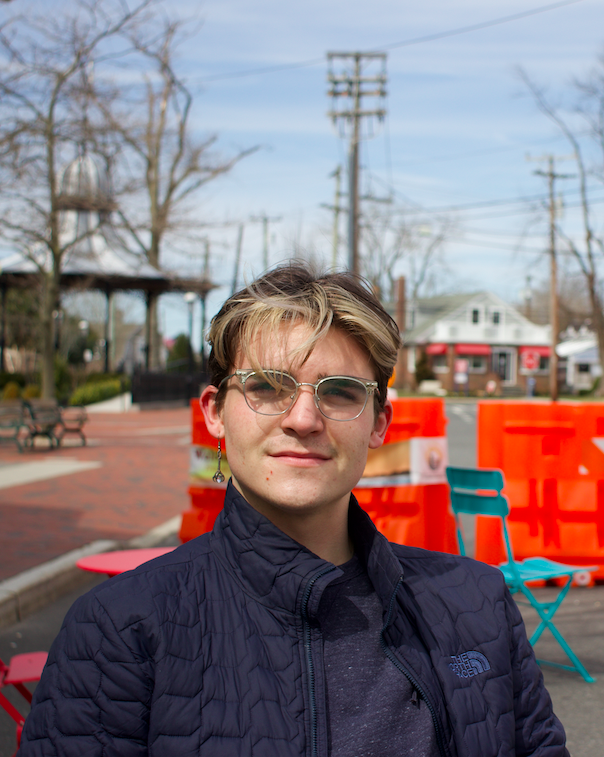 Noah is a lifelong cyclist and a current undergraduate student at Clark University in Worcester pursuing a B.A in Geography. Hailing from the midwest, he is attempting to explore New England through cycling during his years in school, which has led him to become active in cycling advocacy work culminating in this opportunity to work with MassBike for the summer of 2021. He is an avid transportation advocate and an integral player in the fight for free buses in Worcester. His GIS background is centered around transportation justice, working with data mapping projects from homicide prevention in St. Louis Metro Stations to equitable and reliable bus routes in Central MA. 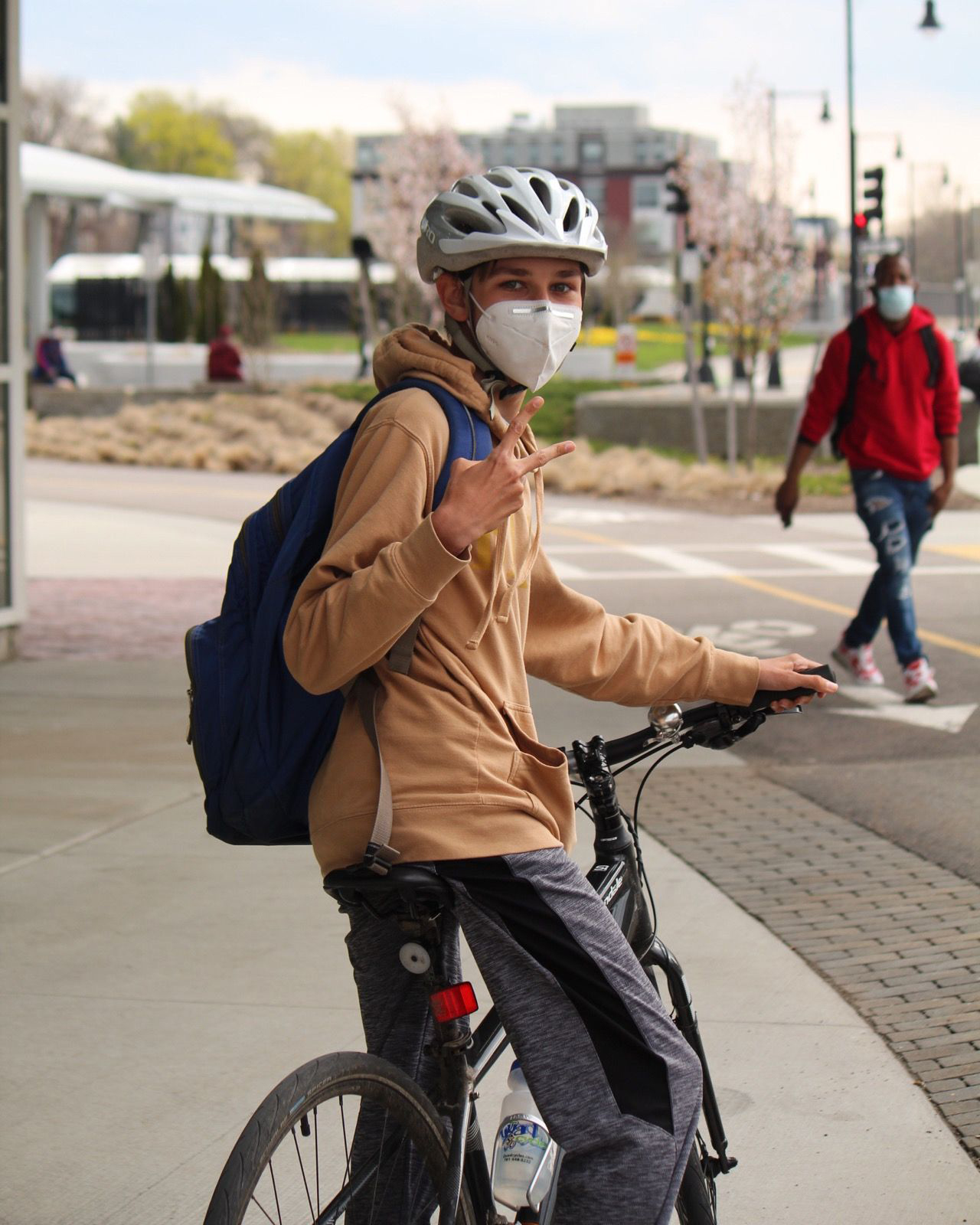 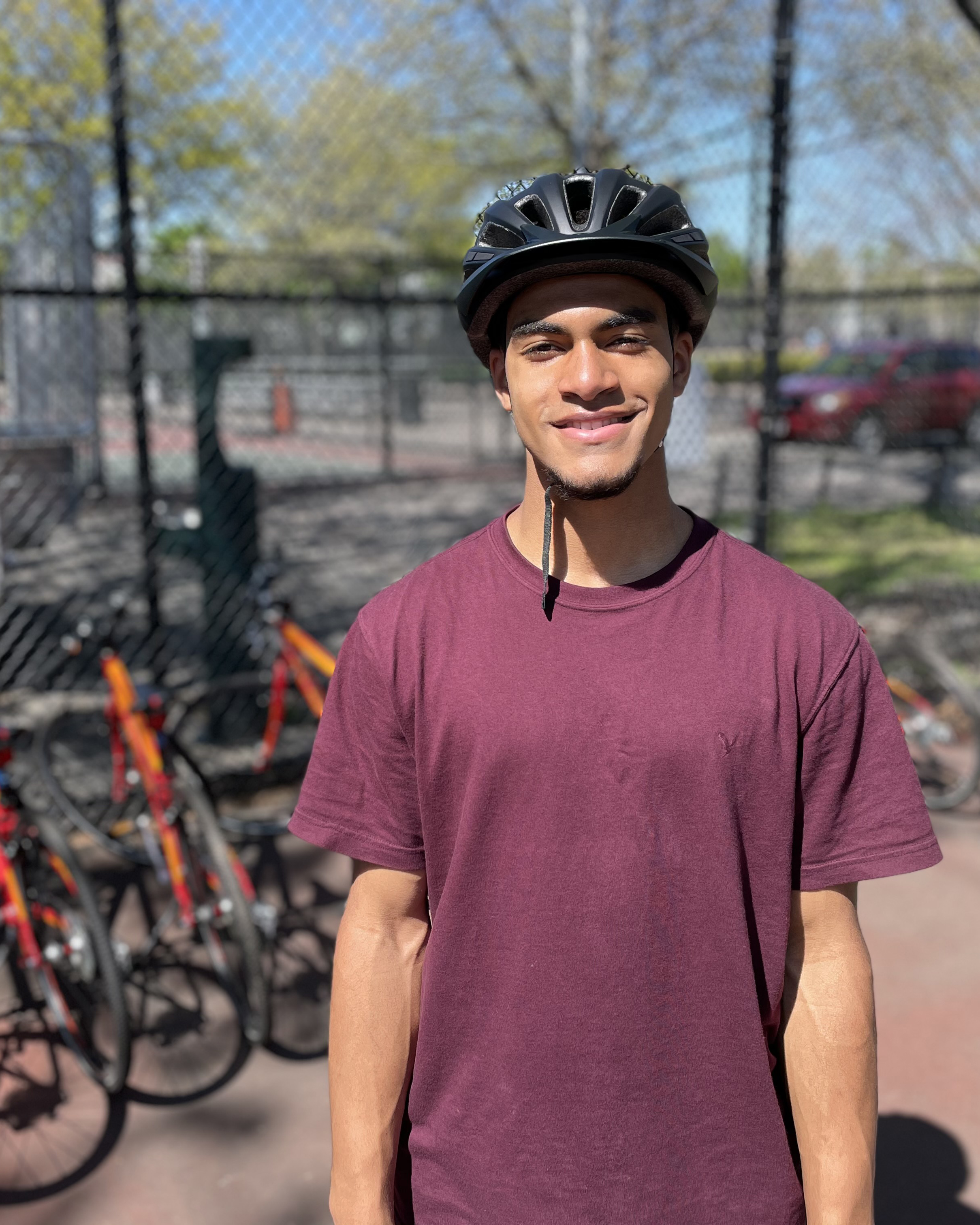 Che grew up in Roxbury/Dorecher and has used bikes all his life to get around- rain, sleet, or snow. He thinks everyone deserves a chance to try out it out. Che is very interested in the ins and outs of bikes and working on them, in addition to teaching people about their bikes. 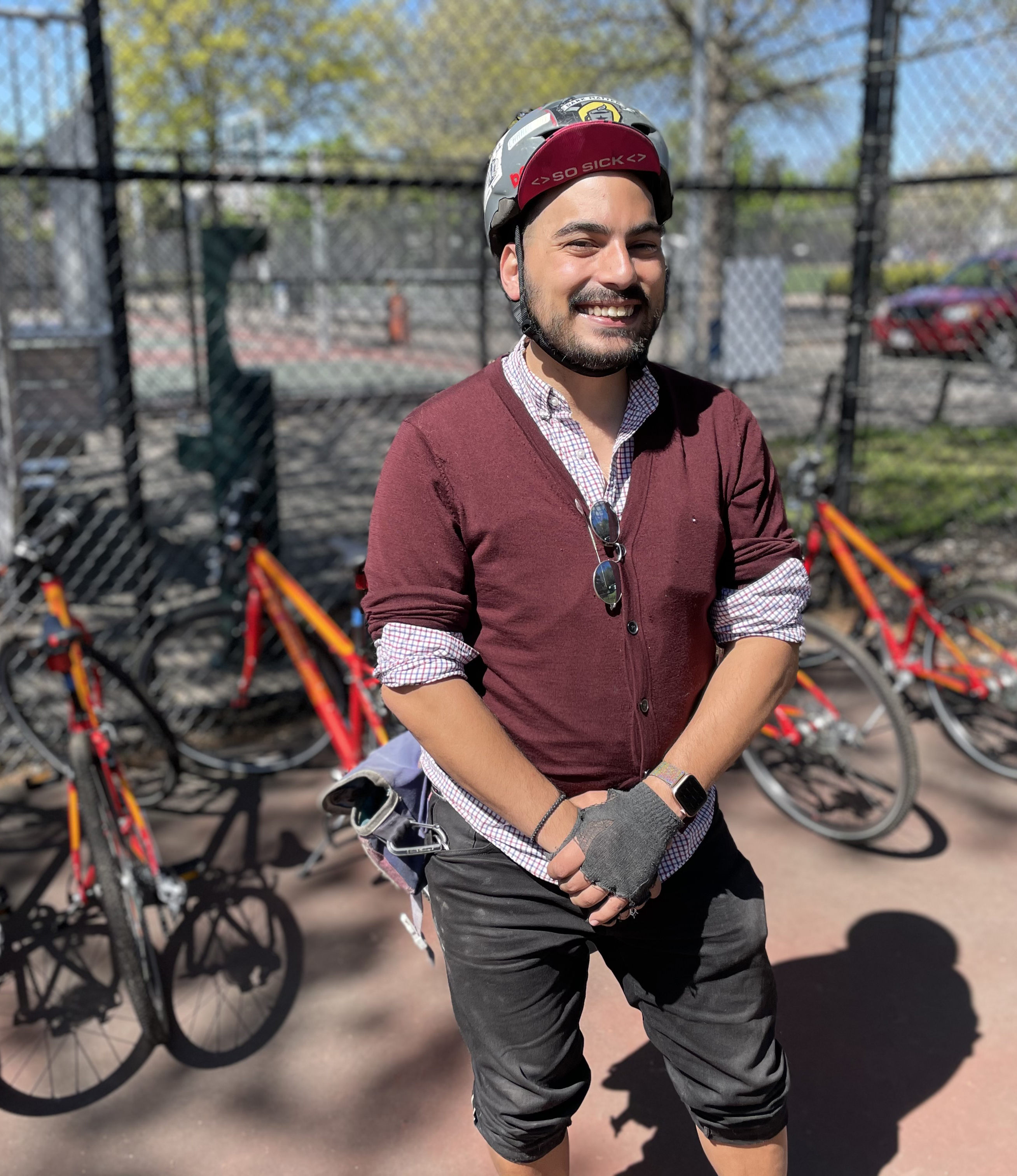 Tristan was born and raised in Brighton. They are proud to bring bike joy to their community. When not riding their most recent fixer upper, they can be found pedicabbing the streets of Boston with some of the hottest playlists in town! 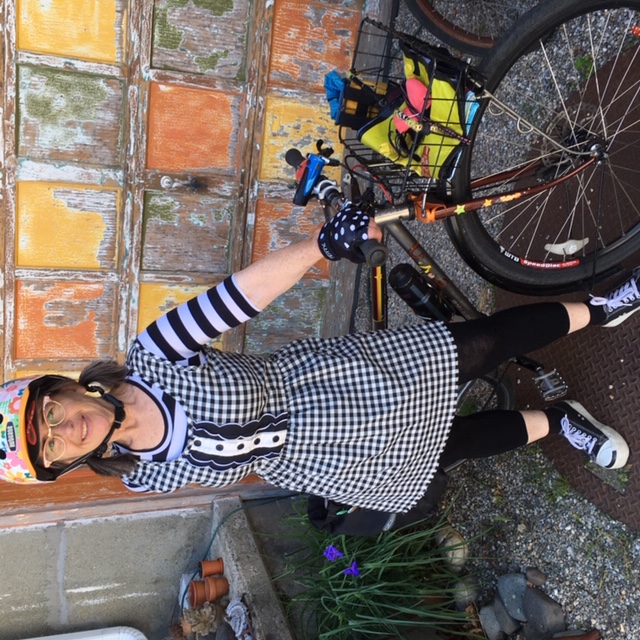 SüSi loves to discover new places on two wheels whether on her hand-built bikes made with LoVe by her husband Matt, or on the back of their mountain bike tandem. SüSi loves teaching young new riders from moving along on their balance bikes to removing their training wheels and the thrill of seeing them balancing and pedaling their first pedal strokes. The pride and empowerment the kids feel is palpable, and gets her worked up every time! 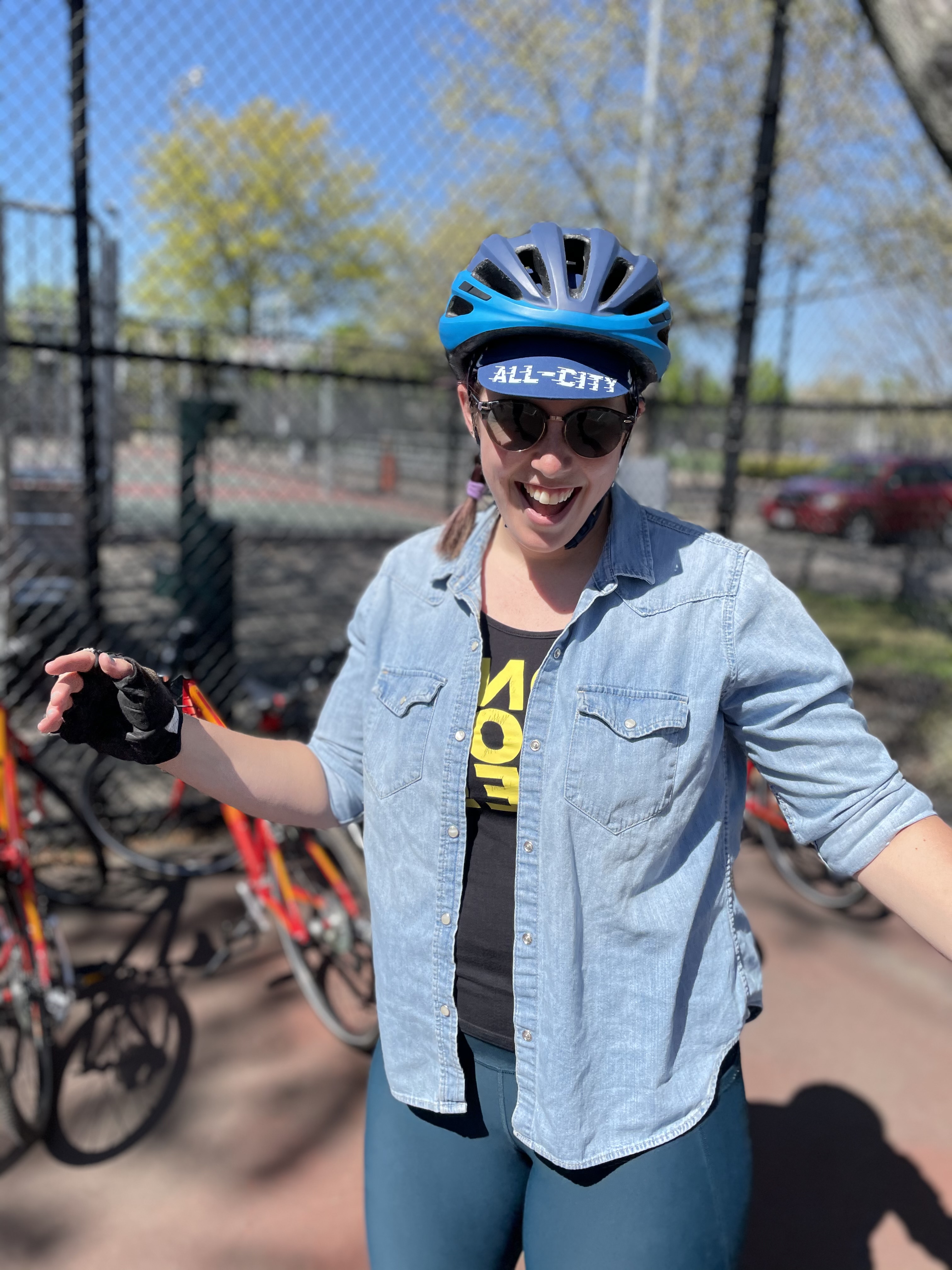 Laura loves riding her bike because it takes her places she'd never go otherwise, and she want to spread that joy to others. She is a League Certified Instructor (LCI) and has experience in running kids' bike rodeos, teaching bicycle safety to all ages, and mechanics (she built up a wicked cool touring bike!), but her passion is leading rides from three riders to three hundred riders! (You can catch Laura leading the pack at Boston Bike Party!) 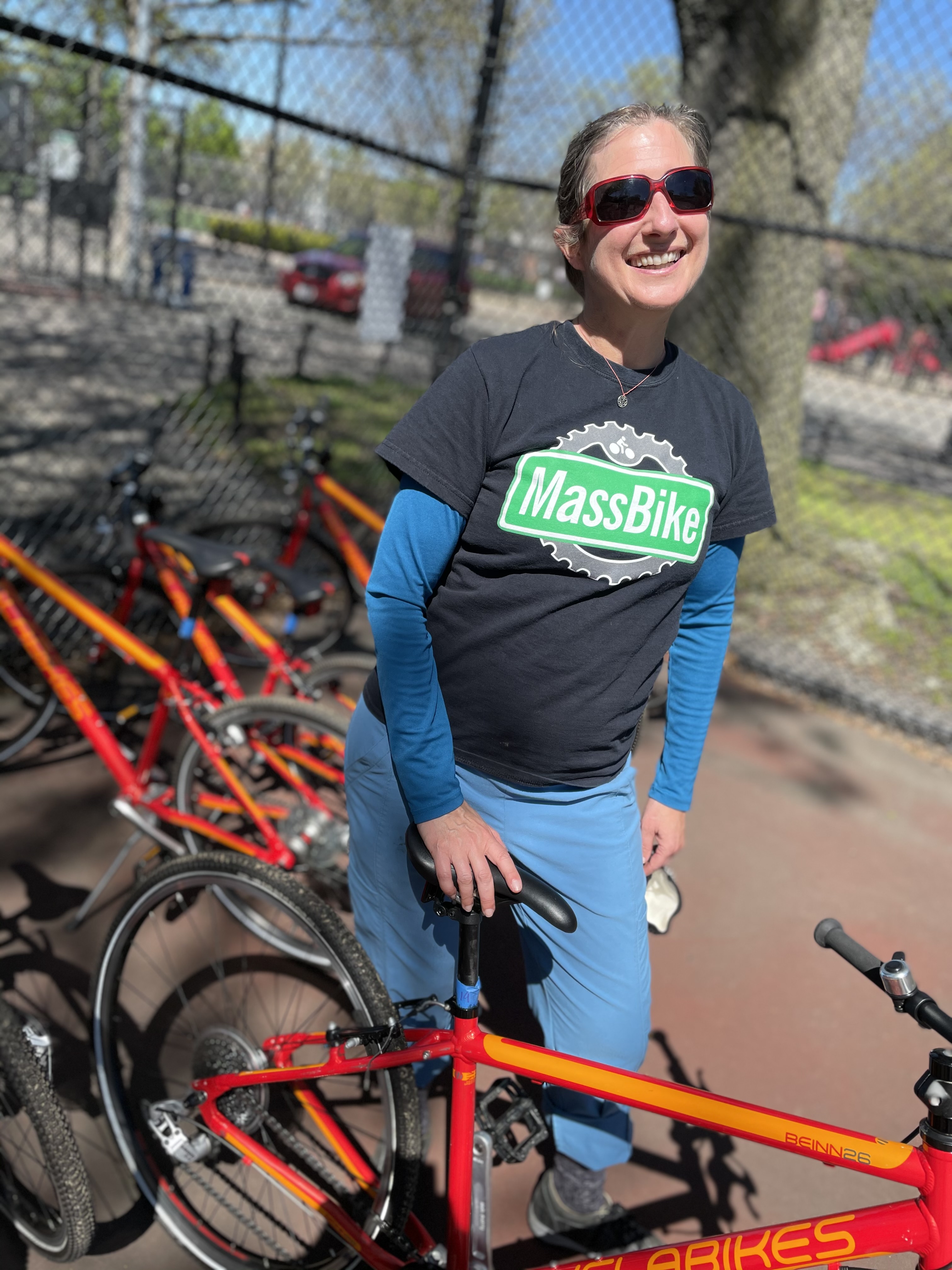 Laura loves helping others discover or rediscover the joy, freedom, and independence of bicycling.  Laura grew up in a family of cyclists, and still enjoys pedaling with them. Past adventures include multi-day tours, but these days, she enjoys biking locally for transportation. 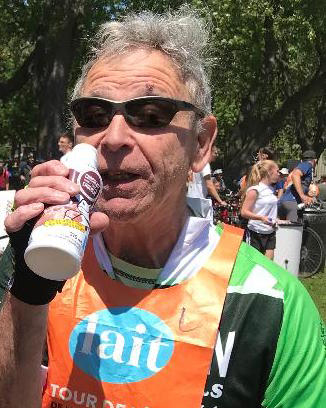 There is nothing that I’ve done that is anywhere near as rewarding as fitting a bike for a young rider!  Riding opens up a whole new world for kids (and adults): A world of adventure and exploration.  During a difficult pandemic year, I cycled more miles than I drove my vehicle –  which helped keep me sane. 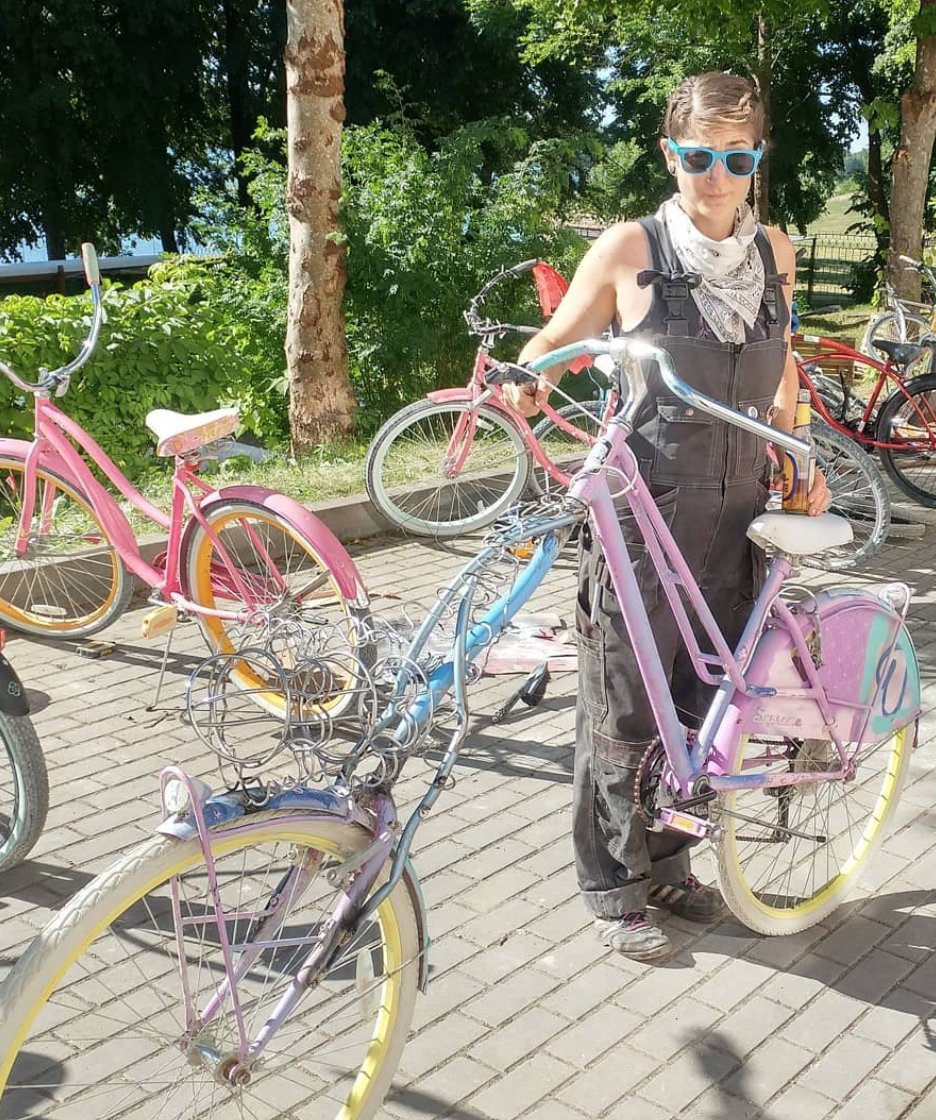 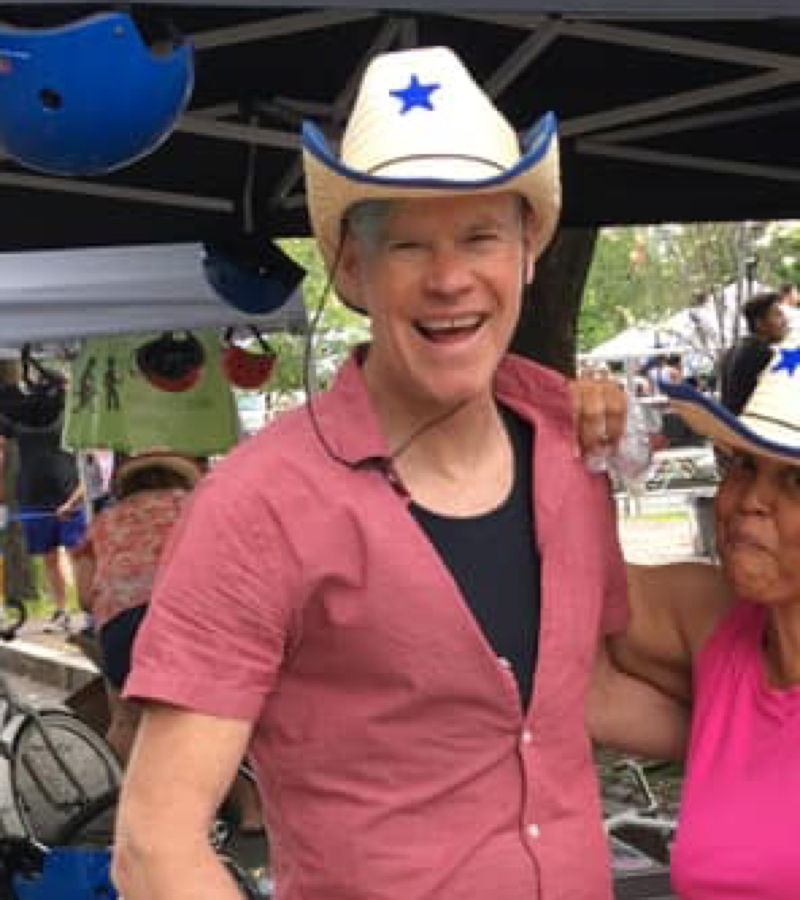 Tom leads safety classes with kids, commuting classes with adults and works with MassDOT on better bike infrastructure. He rides almost every day year around. He started riding at on a red Flexible Flyer tricycle in 1968 and hasn't looked back since. His most on brand moment is riding laps around the house [inside] at three years old signing the Batman Theme song. 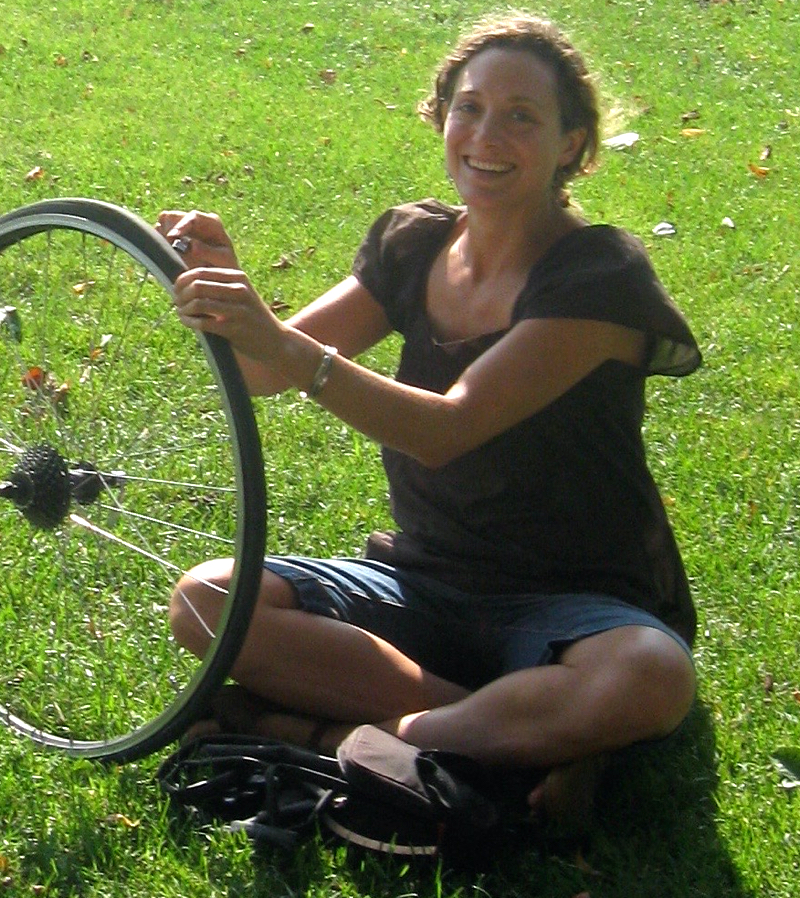 Anna joined MassBike in spring 2019 to help with Safe Routes to School, bike rodeos, and bicycle education. She lives on the north shore and enjoys sharing her love of cycling with her two boys and with others in the community 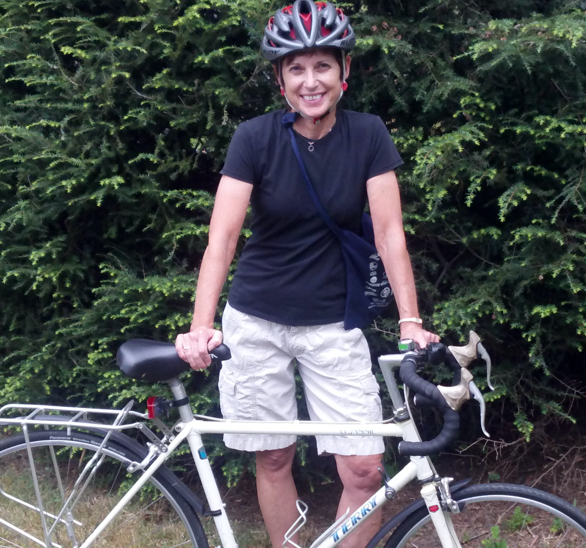 Elaine's love of bicycling can be summed up by this quote from President John F. Kennedy: “Nothing compares with the simple pleasure of a bike ride.” She began bicycling as a means of transportation and while she continues to use her bike to get from one place to the other, Elaine mostly enjoys its social aspects.  As a certified instructor of MassBike, Elaine teaches bicyclists how to be safer on their bikes will surely maximize their enjoyment of this “simple pleasure.”