A Youth Perspective on the 2021 National Bike Summit

Last week, I had the opportunity to virtually attend the National Bike Summit. It was a jam-packed four days with workshops and lobbying. The first session I attended was a youth breakout session. I was in a breakout room with several youth advocates and adult allies, and we discussed youth advocacy and empowerment, exploring ways we can empower young people to get involved with the bike advocacy movement. In all of our experiences, the biggest hurdle that young people faced was identifying how to get involved in the first place. If a student wants to make the route to school safer, who should they talk to? We also discussed the pervasive car culture that prohibits more young people from biking in the first place. Having the opportunity to meet other young people involved in bike advocacy was very inspiring; I have not had the opportunity to talk with other young bike advocates, and it was reassuring to hear that we all face similar problems and challenges.

The next day, I attended the plenary with members of Congress. It was wonderful to hear about conversations happening at the federal level, and it was especially inspiring to hear from Congresswoman Ayanna Pressley. She has been such an important leader in Massachusetts and now federally. One quote from her that stood out to was “No one is voiceless. They are just unheard.” That statement is not only beautiful but also inspiring.

On the last day of sessions, I attended the Arrested Mobility plenary session. Charles T. Brown, the keynote speaker, gave an important speech on the over-policing of BIPOC individuals, specifically in terms of mobility. He called on bike advocates to actively become antiracist, and offered a set of questions to frame the creation of a safe and equitable environment.

Who has physical access to the street/trail? Who feels welcome or unwanted in a space? Who is present in the planning process? Do people feel that their history and experiences are represented? Do people care not only about public space but also the people in it? As bike advocates, local officials, and everyone across the country finally reckon with the history and current manifestation of systemic racism, these questions are important for bike advocates to understand and keep in mind at all times.

Finally, I rounded out my 2021 National Bike Summit with the annual Lobby Day. I attended meetings with Senator Markey’s office and Representative Auchincloss’s office. Meeting with Senator Markey’s aides was a joy; the senator has been a longtime supporter of green transportation, and this meeting was more of a thank you. In the meeting with Representative Auchincloss’s legislative director, we were able to establish a connection with the freshman Congressman and introduce our lobby day bills. It seems like MassBike will have a positive relationship with Rep. Auchincloss!

While it is unfortunate that the summit could not happen in person, it was educational and motivating nonetheless. Through the different plenaries and breakout sessions, I got to meet other youth advocates and hear what is happening in the bike world across the country. Also, thank you so much to the League of American Bicyclists for making the summit free and accessible to young people! 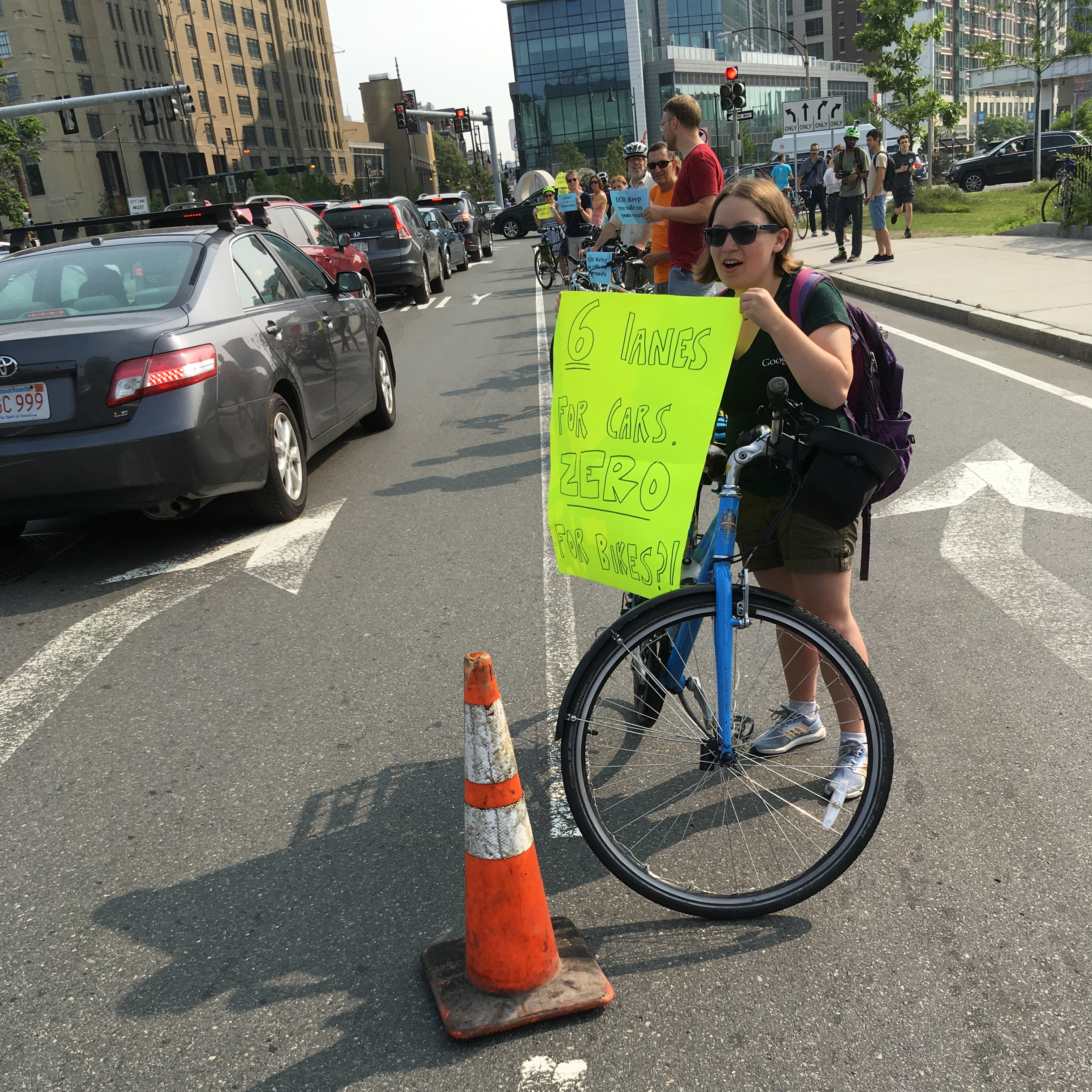 Dina Gorelik is a current student a Brandeis University. While growing up in Newton, her bicycling advocacy journey began when she started biking to school and realized she needed a safer route. She went on to found the Newton North Bike Club and has worked with MassBike over the last several years on a variety of projects.