Since our inception in April of 2018, the newly formed Central Massachusetts chapter of MassBike has had a busy spring and summer full of activities and accomplishments. Our Board of Directors, consisting of Rebekah Weiner as President, Dawn Lovejoy as Vice President, Lesli Cohen as Secretary, and Bill Millett as Treasurer, and our at large representative Elizabeth Wicks, have hit the ground pedaling. We’ve held regular monthly chapter meetings (every third Thursday of the month) and there are several plans in the works for exciting activities in beautiful Worcester County. 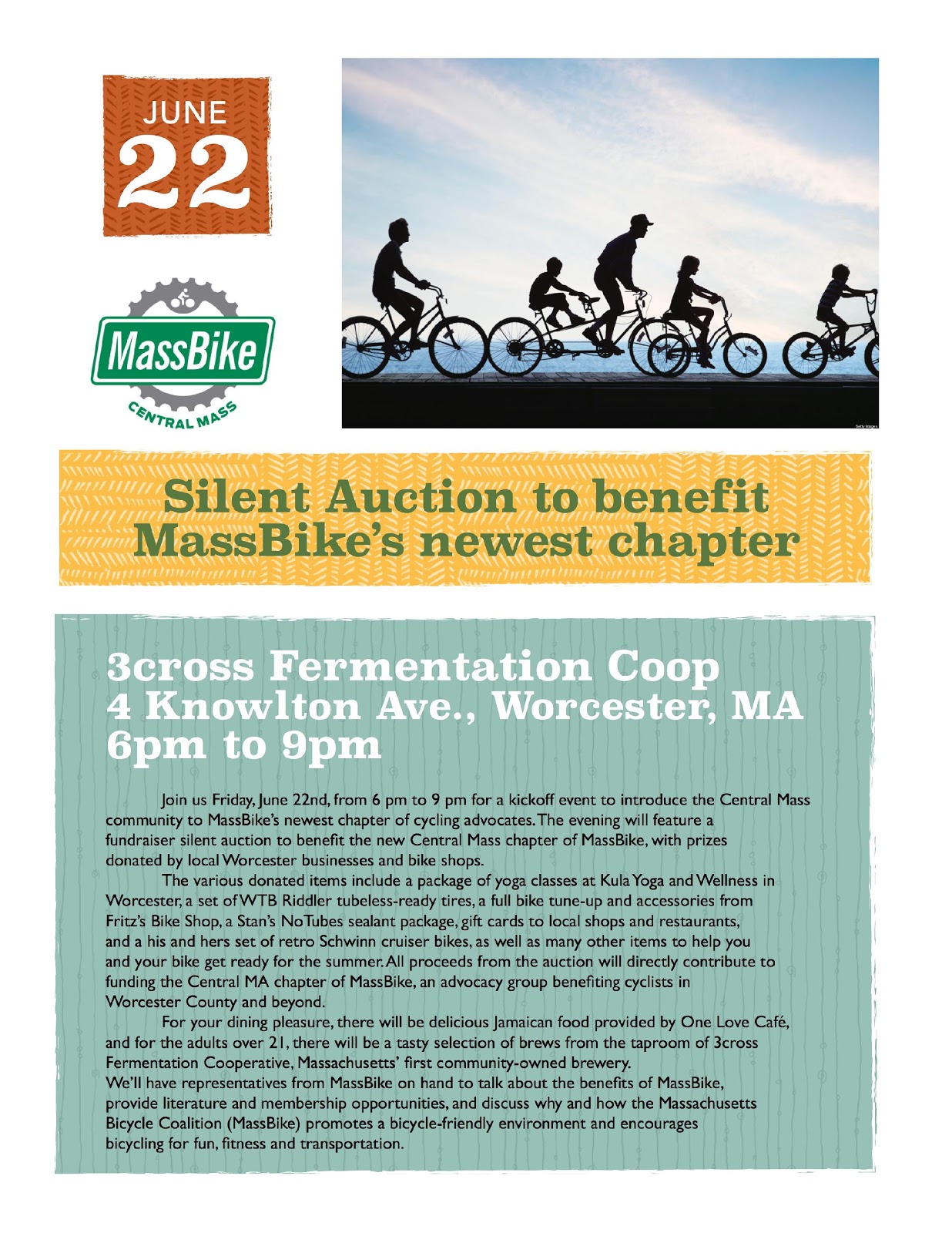 On June 22nd we held a chapter kickoff party and silent auction. Held at 3cross Fermentation Cooperative and Taproom on Cambridge Street in Worcester, we were incredibly fortunate to receive so many donations from local business and friends of MassBike. From gift cards to bike tools to a donated entry to Tim Johnson’s Wachusett Fondo to a pair of his and hers Schwinn cruiser bikes, our silent auction items helped us to raise over $400 in funds to kick start the chapter’s activities in bicycling education and advocacy.

From July 18-21, Dawn Lovejoy hosted Denise Mueller-Korenek of Project Speed, who as been dubbed the fastest female cyclist in the world. Denise set the Guinness World Record for “fastest bicycle speed in slipstream (female)” in 2016 with a speed of 147.7 miles per hour. She was on a custom-built, highly specialized bicycle, and was towed up to 90 miles per hour on the Bonneville Salt Flats in Utah behind a sport-utility vehicle with a custom fairing on the rear. Once released from the vehicle, she pedaled her way into the record books. 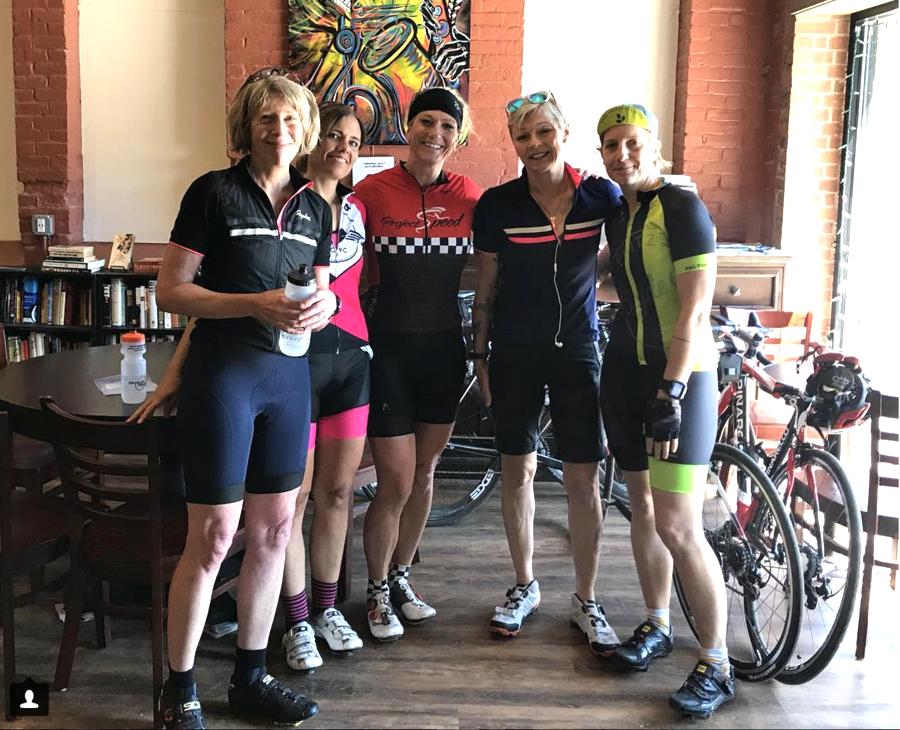 Denise was in town to compete at the annual George Street Bicycle Challenge, and Dawn graciously hosted Denise at her home, and connected her with area cyclists to show Denise the best riding routes in Worcester prior to her race against the clock up George Street, a hill that the Worceser Whirlwind, aka Major Taylor, once trained on in the late 19th century. Sadly, the event was cancelled due to major thunderstorms in the area that Sunday, July 22nd, but Denise was on hand to pose for photos and sign autographs for diehard fans and cyclists who attempted the hill climb in spite of the rain.

The following Saturday was sunny and hot for the first annual Tim Johnson’s Wachusett Fondo to benefit MassBike. Our Central Mass chapter was out in full force, with Dawn Lovejoy and Bill Millett manning the MassBike table at morning registration for the event, Rebekah Weiner staffing the rest stop tent in Templeton, and Lesli Cohen helping to call the Media Fondo riders to the start line and giving opening remarks to the riders assembled before they pedaled off on their 40-mile route. 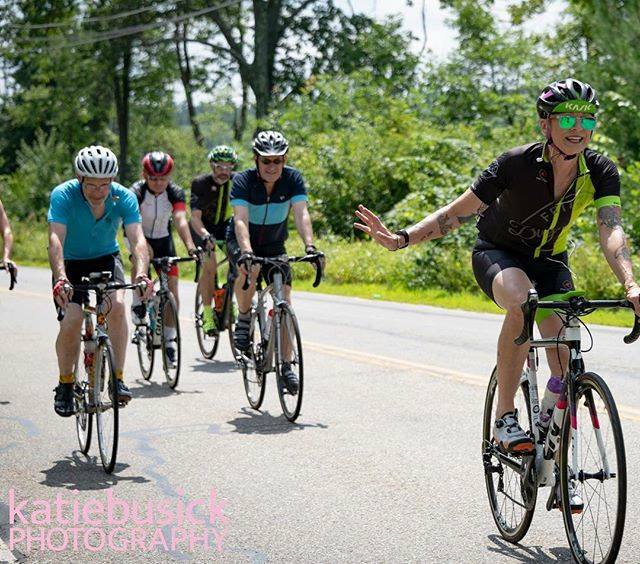 (Photo Above: Lesli Cohen and Bill Millett at the rollout)

On the advocacy and planning front, we’ve been in contact with principals from several organizations and committees to further our mission. On July 25th Rebekah, Dawn, and Lesli attended a meeting to bring together representatives from MassBike, WalkBike Worcester, Woo Rides (Worcester’s pedicab service), several local bike shops, and more. Dawn’s notes from that meeting are as follows:

Mateo opened and closed our meeting perfectly. While introducing himself he talked about how powerful cycling is where he grew up in Columbia and how important it is that we be bring that level of cycling infrastructure to Worcester. As Mateo said (and I’m paraphrasing); kids should be able to ride to school, it should be a standard.

Dale asked the group; do we want more people to ride?

The meeting adjourned with an agreement that more of these kinds of cross-agency get togethers was essential for the health and future of safe cycling and walking in Worcester.

We’ve also been contacted by WalkBike Worcester to contribute to the Regional Bicycle & Pedestrian Plan Update:

Regional Bicycle & Pedestrian Plan Update
The Central Massachusetts Regional Planning Commission (CMRPC) is updating the Regional Bicycle and Pedestrian Plans. Staff has begun its work with a public outreach effort to gather input for the upcoming study. The completed plans will include analysis of bicycle and pedestrian issues and provide recommendations on ways to improve the bicycle and pedestrian network in the Central Massachusetts region. Additional information about the plan updates will posted on the CMRPC website, www.cmrpc.org, as well as upcoming opportunities for public input at stakeholder meetings held in each of the CMRPC Subregions. CMRPC has published an online survey to solicit public input and assess bicycle and pedestrian conditions in the region as the update process begins.

The updated plans will establish performance management goals which will be reviewed in future updates to the plans or through other long-range transportation planning efforts. One theme of the goals includes the review of the existing bicycle and pedestrian networks and the identification of gaps in the current system.

Please visit www.cmrpc.org to learn more about bicycle and pedestrian planning in the region and take the public input survey. Contact Dan Daniska to learn more at [email protected] or 508-459-3331.

Some upcoming plans in the works include a bicycle tour of the new installation of PowWow Worcester mural paintings at the end of August, a bike rodeo for kids and adults, and hosting a safe routes to school event in Worcester prior to the start of the school season.

Our next regular chapter meeting is on Thursday, August 16th.