On Saturday, October 27, members of MassBike Central MA shared an information table with the 7 Hills Wheelmen for the opening of the Blackstone Heritage Corridor Visitor Center in Worcester. 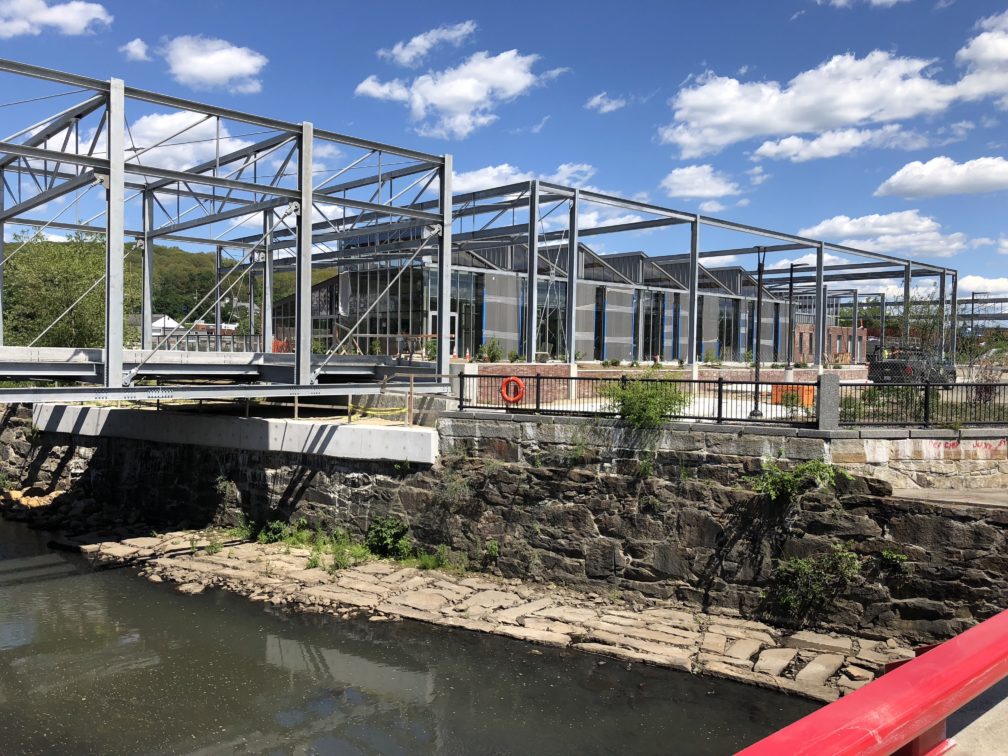 The visitor center is the gateway to the Blackstone River Bikeway, with a bike pavilion where cyclists can pump up tires, make minor repairs and get water before cycling south. The bikeway will eventually connect Worcester to Providence, largely on protected, off-road multi-use paths.

Blackstone River Valley National Heritage Corridor Executive Director Devon Kurtz said the construction bid was just released for Segment 7 of the bikeway, which will connect the visitor center to downtown Worcester via a separated cycle track on the road. In spite of a rainy and grey day, there was a good turnout for the event, and our MassBike outreach efforts continued into the Central Massachusetts community. See to the left, a photo of the Center overlooking the Blackstone Canal.

Coming up in Central Mass:

Next Saturday, November 17th at noon, MassBike Central MA, along with Worcester Earn-a-Bike and 3cross Fermentation Cooperative, will be hosting the second annual Cranksgiving charity ride. Cranksgiving is a food drive on two wheels -- part bike ride, part food drive, and part scavenger hunt. All you need is a bike, a bag, a bike lock, and enough money to buy food (typically $15-20).

Cranksgiving started in New York City in 1999, and there are now nearly 80 independently organized events across the globe. The event has its roots in bike messenger alleycats, but there are no requirements other than "get food" and "do it on a bike."

Worcester's Cranksgiving donations will benefit Head Start families with help from Black Seed, a local agency. Every year, Cranksgiving helps provide meals to thousands of families in over 80 cities, and you can help! 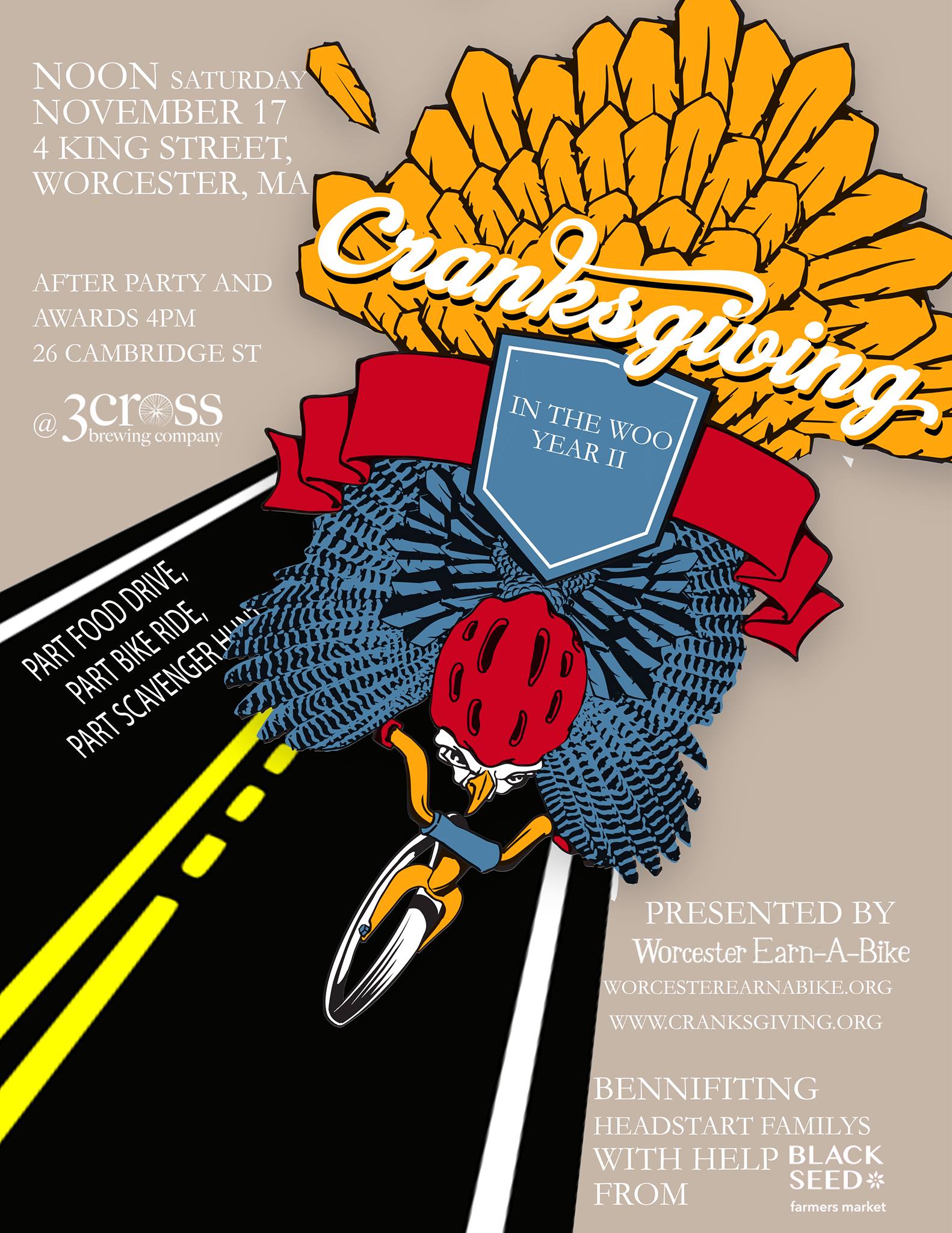