This chapter update has been provided by Lesli Cohen:

One of the highlights of September for the newly formed (but very active!) Central Mass Chapter of MassBike was on Sunday, September 16th.

We co-hosted a table with Worcester Earn-a-Bike at the annual StArt on the Street arts and culture festival block party held on the streets around Elm Park in Worcester. All day long we greeted cycling enthusiasts, answered questions about our mission, handed out literature, and interacted with fellow cyclists interested in our mission and learning more about safe cycling in Central Massachusetts. It was a wonderful day of outreach with the community. 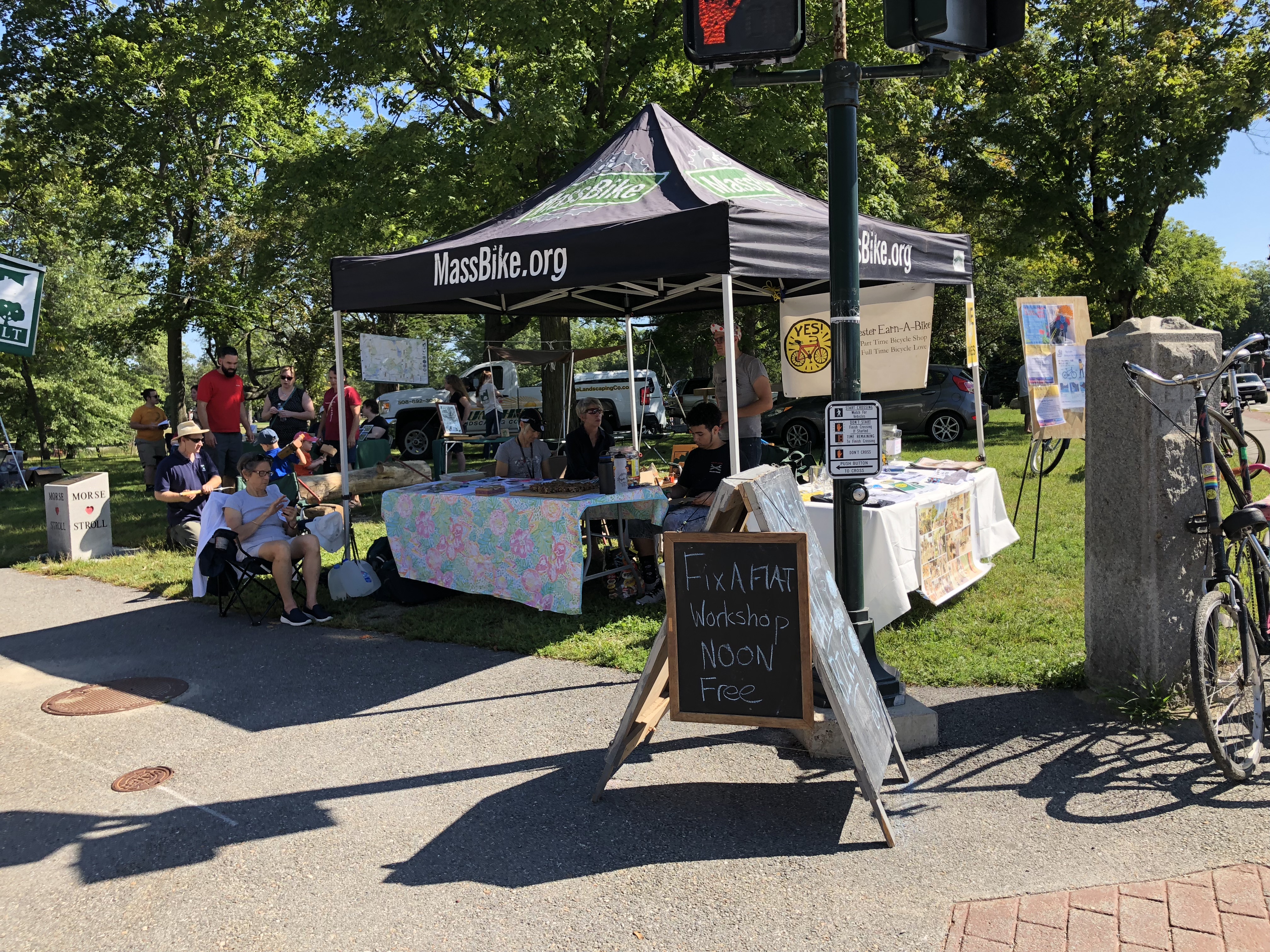 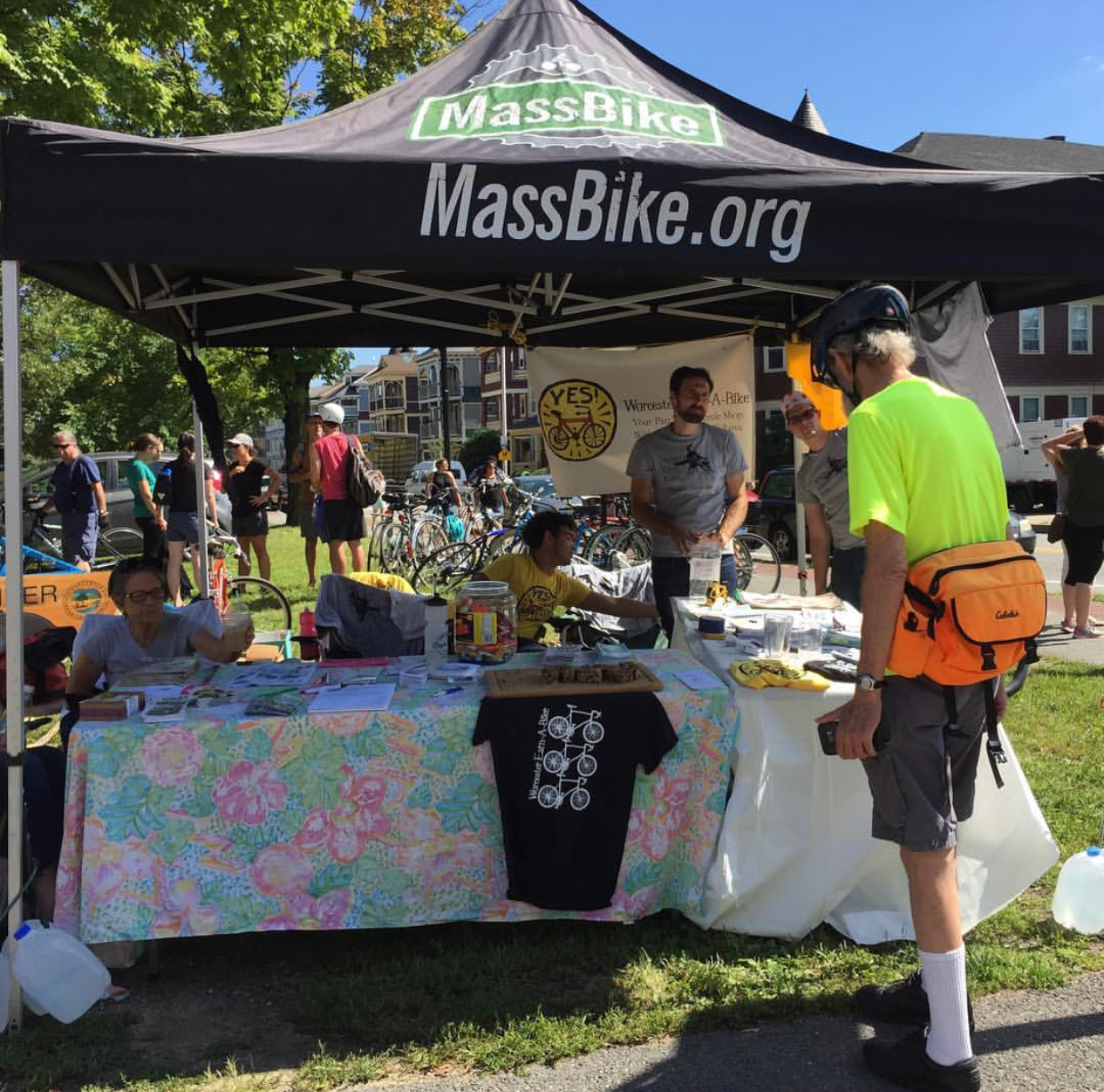 In addition to events, MassBike Central Mass is coordinating our advocacy efforts. We are actively working with other stakeholders in the community such as the City Manager's office, the Department of Public Works, and Worcester Earn-a-Bike on having quarterly meetings with the public to discuss the wants and needs of members of the community. Ultimately we'd like to establish focus groups to hear the voices of the community regarding youth concerns, commuter concerns, college/university concerns, etc. Thanks to this partnership and coordination, we recently were given some data compiled by WPI researchers and the Central MA Regional Planning Commission which illustrates some of Worcester's commuting and cycling infrastructure. We're eager to take that data and use it to work to establish safe bikeways in Worcester and beyond. 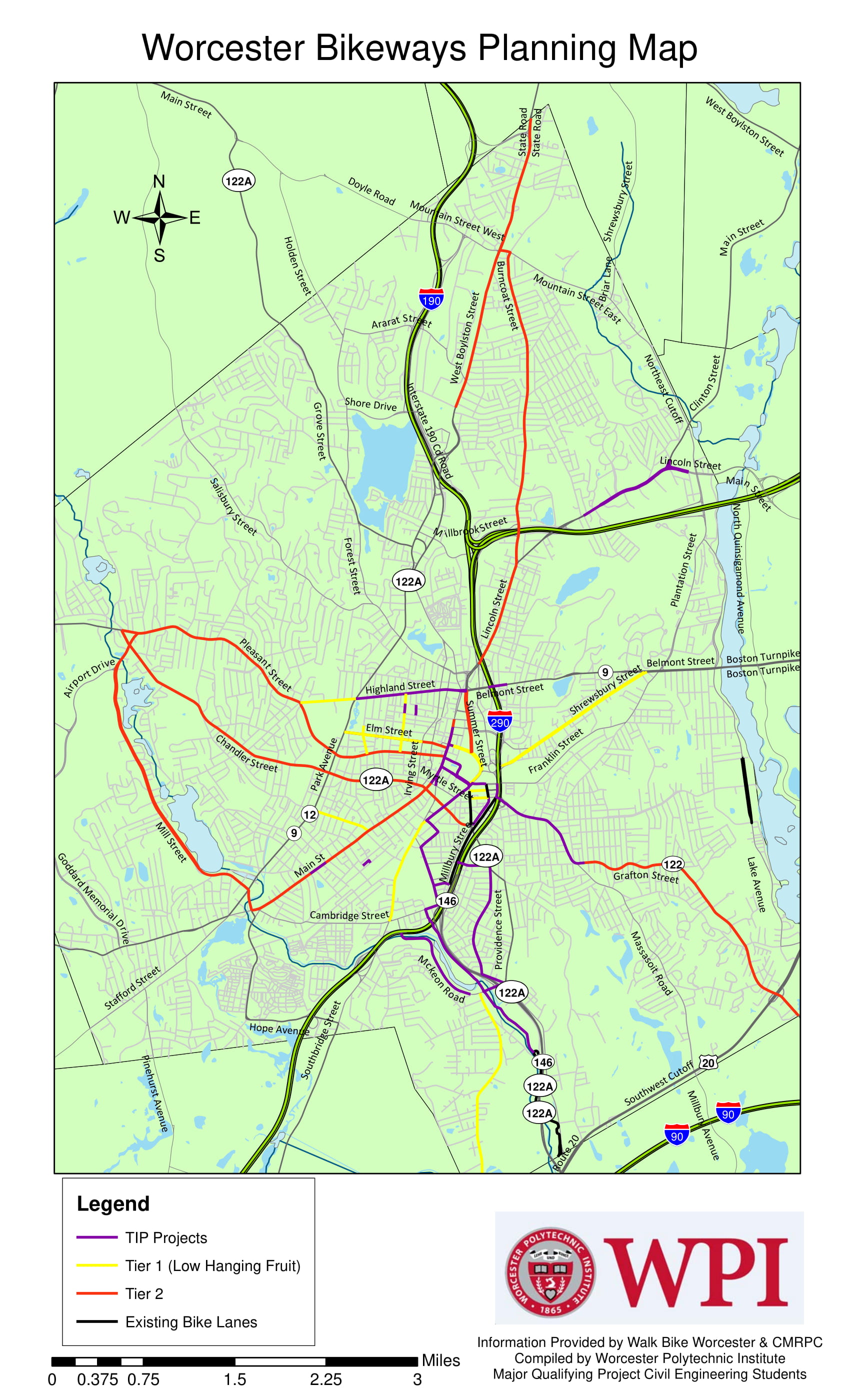 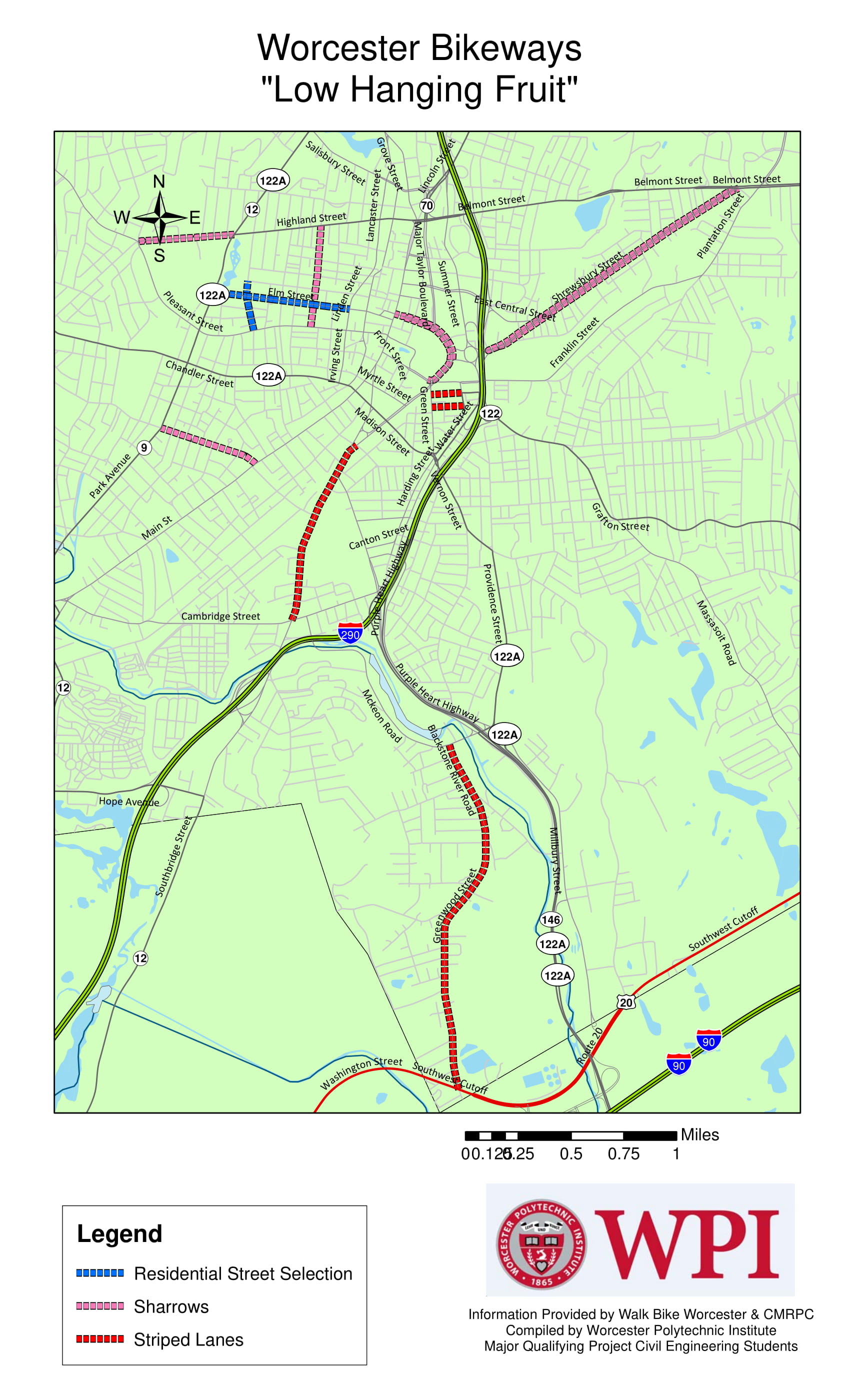 As with each event, meeting, and new partnership, we as a group feel energized and ready for the next meetings and activities. We are thrilled and excited to be a part of this organization and its mission as we all move forward together.