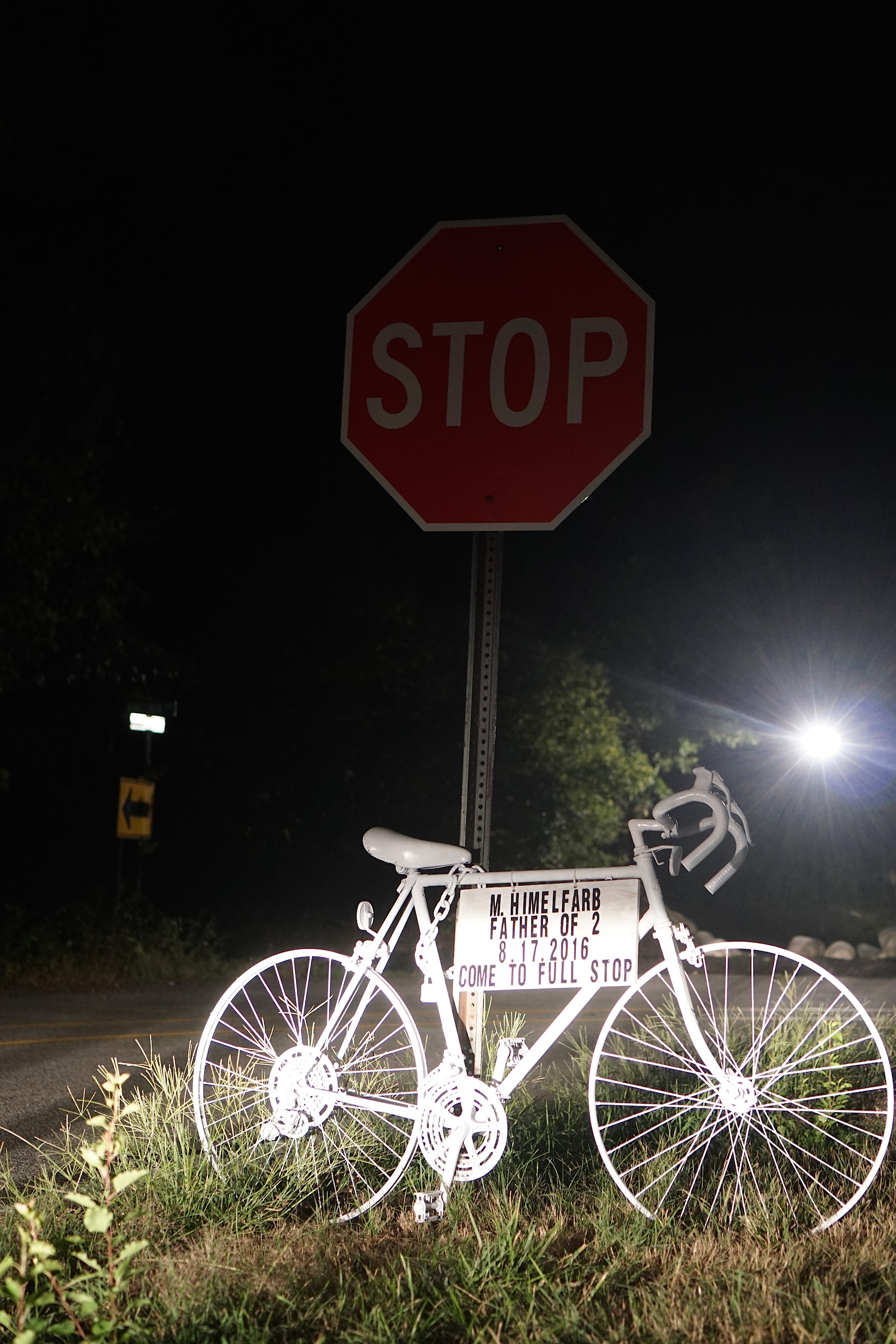 Ghost bikes spur a lot of emotion. Like the crosses and shrines erected along highway crash scenes, these stark emblems pay tribute to a place where a cyclist died while also serving reminders to motorists to mind their behavior.

On the morning of Wednesday, Aug. 17, I corresponded with Maureen Crocker, the sister of Eugene Thornberg, who died in June after a collision between his bicycle and a motor vehicle along Route 126 in Lincoln.

The Lincoln Police granted Crocker permission to host a memorial ghost bike service near the scene of the crash on Saturday, Sept. 10. The family delayed the service to allow Thornberg’s son, Patrick Thornberg, to return from his basic training for the U.S. Marine Corps in Parris Island, S.C.

The service will be held at 11 a.m. The Lincoln Police graciously offered to close the road for one hour to accommodate the service. They would also grant permission to install the ghost bike but only for that weekend.

Crocker was informed the town would not allow the bike to stay at the site. She is considering working with a private landowner to seek permission to post the bike permanently near the crash site.

Within minutes of posting news announcing the service, MassBike learned of another tragedy. Sean Kavanaugh, 61, of Carlisle, was struck broadside by a negligent motorist turning left along Trapelo Road in Waltham.

As he clung to life in the ICU of Lahey Burlington, MassBike sought information from the office of Middlesex District Attorney Marian T. Ryan. They then informed MassBike of another tragic collision with an SUV striking and killing Mark Himelfarb, 57, of Westford. This crash occurred along Virginia Road, one of the busiest routes for suburban bike riders in Metro Boston.

Kavanaugh rode with the Monsters, a group of suburban cyclists anchored in Concord. Their e-mail list sprung to life over the news of both tragedies. These riders have raised millions of dollars for charities through cycling events.

Suddenly these suburban cyclists were electrified and engaged. On Sunday night two Ghost Bikes appeared at each of the crash sites. Both featured hand-made signs that humanized the victims and urged patience from drivers.

By 9:30 a.m. of the following day the ghost bike from the Lincoln crash site had been removed.

Whether this action spurs more activity or less remains to be seen. But the tactical urbanism of Somerville, Cambridge and Boston - dating back to the 1970s - had clearly inspired some to launch tactical suburbanism.

When we look at how little bicycle accommodation exists in our Massachusetts suburbs, where so many cyclists ride, we believe this may be overdue.

All this talk of suburban crashes made me think of my encounter last week with another cyclist.

He had caught up to me on Mass Ave in East Arlington, where after years of contentious debate we got a lot of nice bike infrastructure. I slowed for the red light.

He accelerated … and blew the red light at speed.

I caught him at the next intersection with Route 16. And the following conversation ensued:

“Hi. I’m the ED at MassBike. I go to hearings and city halls, meet with selectmen and State House lawmakers, and try to make things better for bikes. But whenever we blow lights like you did back there I lose all support. It is ALL that people talk about at those hearings is how cyclists don’t follow the rules.”

He steeled his gaze forward, and stated:

“You know I like MassBike and all, but what we really need are better laws.”

Now there was a mansion of logic I could move into, huh?

“What’s the difference if nobody enforces them and nobody abides by them?,” I replied.

The light turned green. I could have spoken for an hour about how freaking hard it is to get a single law passed, to get any enforcement, to get a cop to give a damn about a bike rider, to get a court to not blame the victim….But the light had turned green.

That experience made me realize just how confused really smart people can be about bike advocacy. As this movement moves into the suburbs with Complete Streets and Vision Zero the need for organized advocacy is larger than ever.

Following these recent suburban crashes, my screen filled with links to all sorts of club e-mail lists and social media...

We should wear mirrors.

We should pass a hands-free bill.

We should use lights during the day.

We should wear Road ID badges.

We should pass a three-foot rule.

We should use GoPro cameras.

Here’s the deal folks: There IS no magic bullet. There is no single piece of legislation, no perfect bike lane, no magic cape, no one invention, no secret sauce.

I’ve been at this advocacy thing a while now. All I have come to know is all that I don’t know. What I do know is that we need all five E’s: engineering, education, enforcement, encouragement and evaluation. But more importantly we need to be constant.

We need to recognize just how many great people are out there working every day on your behalf as a bicycle rider in a car-crazed culture. They wait patiently for agenda items to come up in meetings. They press steadily for meetings with officials. They respond to the media. They call police departments. They write ordinances and laws. They steadily lean on mayors, selectmen, state reps, and state senators. They infiltrate planning boards and town engineering offices and regional planning agencies. They press HR officials and building superintendents in their workplaces. Because of this hard work over the last 39 years there is also a good story here. The death of Mr. Himelfarb was just the fourth bicycling fatality of the year in the state. This is a drastic reduction from the 16 fatalities in 2014. This reduction can be attributed to improvements made at the state and local level and the efforts of advocates across Massachusetts.

And they never quit.

I honestly do hope those coffee shop conversations continue. They are important.

But without steady, constant pressure from advocacy groups working with solid data and real facts in places where real change can be made, those conversations are moot. 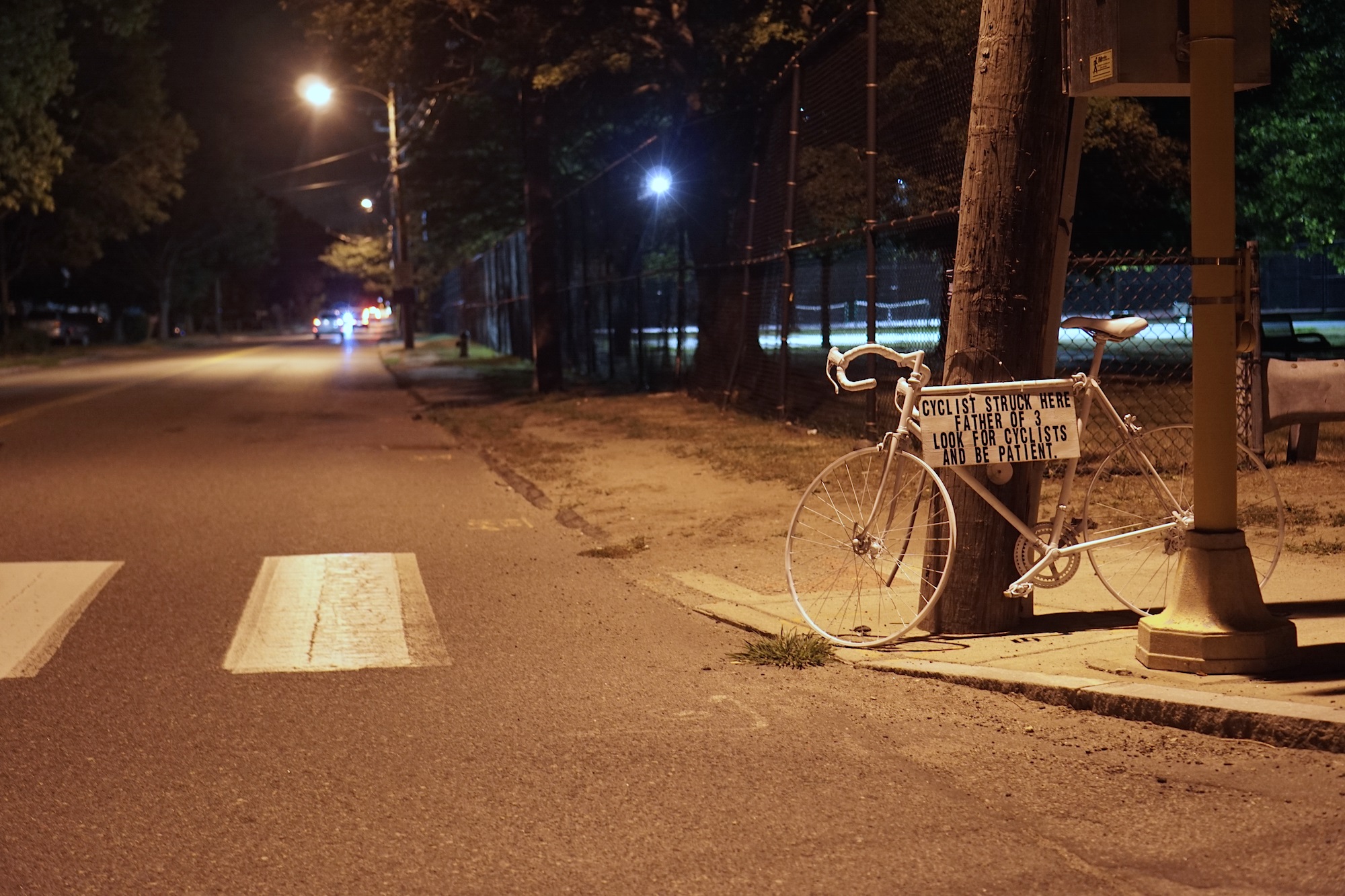