As I look back on bicycle advocacy in 2018, a statistical graphic sent out by the Massachusetts Registry of Motor Vehicles comes to mind. It shows that we have had three fatal bicycle crashes on public roads this year. Three crashes – down 70% from 10 crashes in 2017, and down 75% from the the 12 crashes in 2015. And even though MassBike’s own count of fatal crashes has the total at five people (the RMV statistics miss crashes on private property such as Jessiah Rivera, age 4, hit on a sidewalk of a parking lot, and Stuart Finkelstein, age 58, who crashed on a municipal bike path in Nantucket), fewer fatal crashes is something to champion as we round out the year. 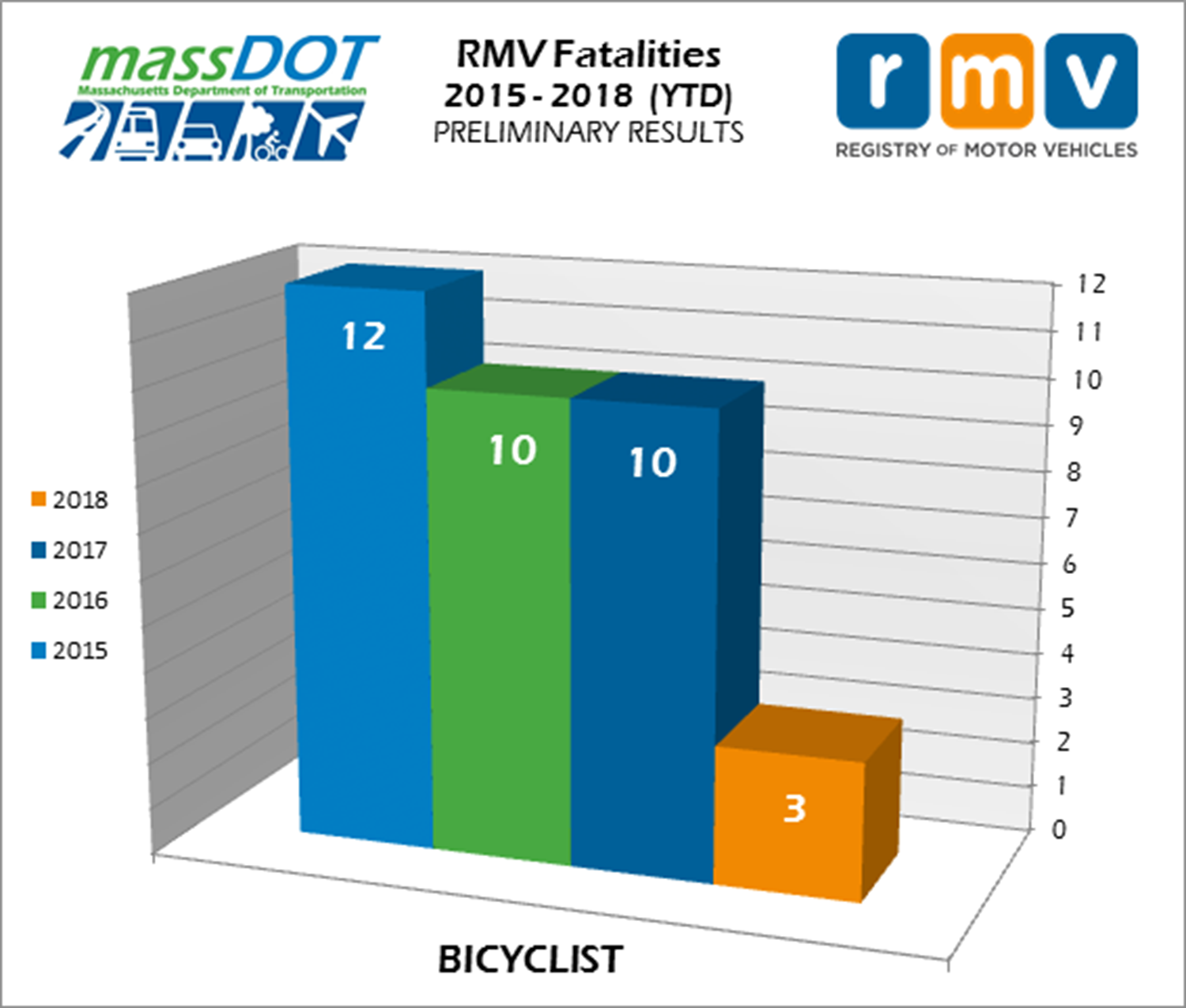 This trend reinforces how our efforts to create safer roads for bicyclists are working, from slowing speeds with Complete Streets redesigns to PSA messaging about "Scan the Street for Wheels and Feet." But even five fatal crashes in a year is tough to handle. The goal, of course, is to get this number down to zero, in keeping with the mission of our Vision Zero Coalition. We lost five people this year, ranging in age from 4 to 76 years old, and that is five too many. 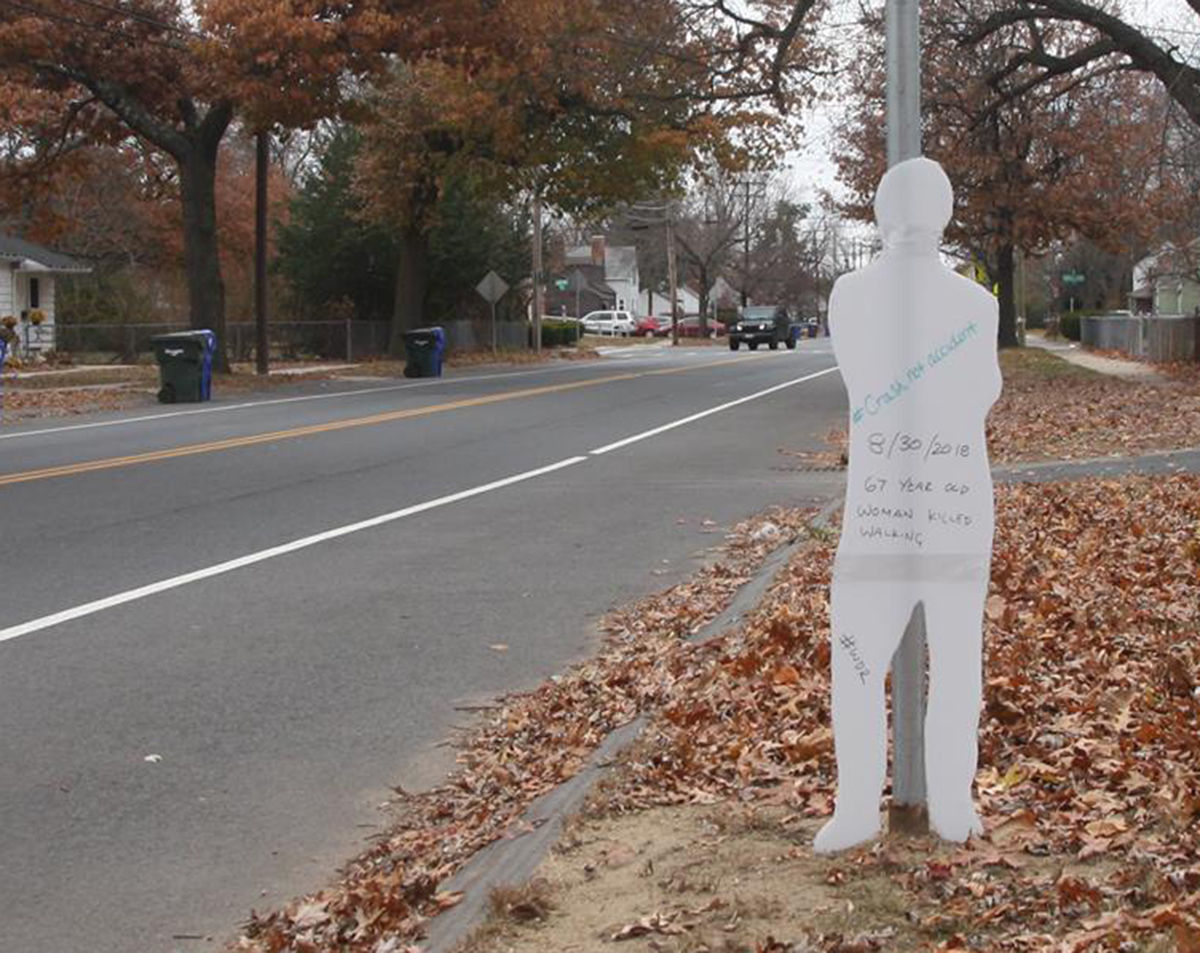 So how do we continue to move forward and work towards zero?

What we have accomplished, thanks to the support of our members and partners:

What we doing to work towards zero fatalities:

What we’re looking to create:

MassBike envisions a world where all people, of all ages, abilities, and backgrounds are encouraged to hop on a bike and safely ride throughout the entire state. We have been at this effort for 41 years, and through the ebbs and flows of bicycle advocacy we have come a long way.

I remember when there were no bike lanes in Boston, it was only just 10 years ago. When I first began biking as an adult to get to school, explore my newly adopted New England, and for my mental and physical health, I remember riding with no guidance, no education, no infrastructure, and no respect. Then a door-zone bike lane went down in August 2008 from the BU Bridge to Kenmore Square and my world changed. This coming year in 2019 we’ll celebrate the ribbon cutting of a curb-protected separated bike lane on that same corridor, the new standard for the MassDOT.

Still, we have a long way to go.

2018 was a year of hard-won battles, bruising defeats, and frustrating stalemates, yet I am encouraged to see how our movement is still growing stronger every day. I look ahead to bringing the decades-worth of advocacy into the new year and into a new era of better biking. At this crucial time, we need your support. Your donation will help us to build the organization to continue our mission and bring better, safer, accessible bicycling to all people in our state, and get the crashes down to zero!

Give now and keep our work rolling forward! 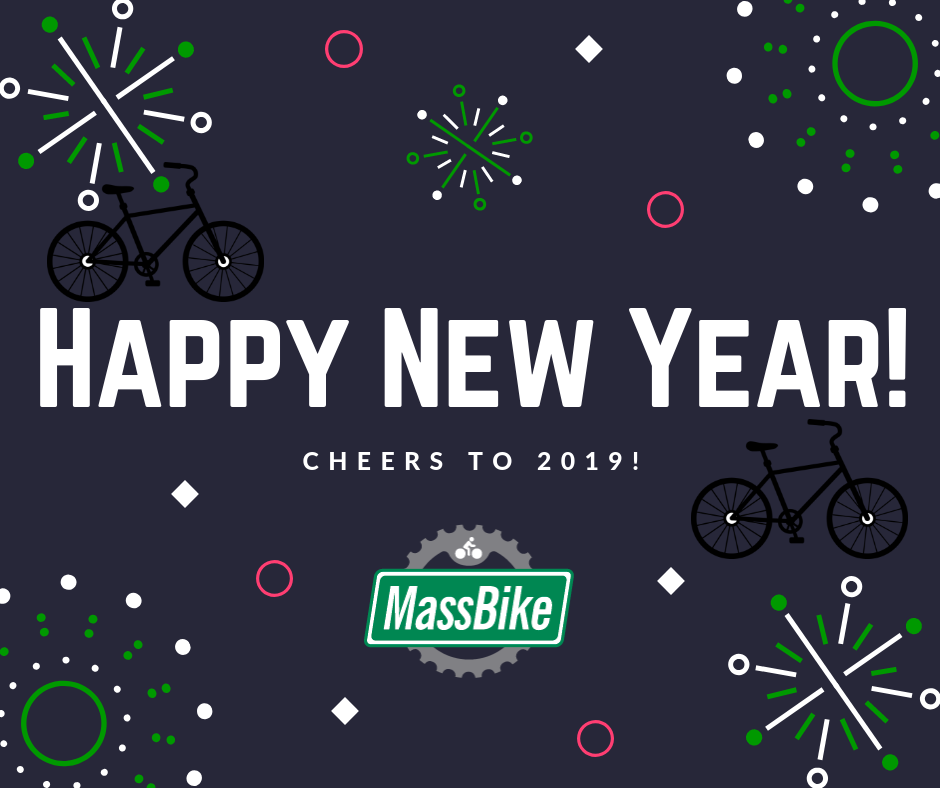