On Thursday, in partnership with Mass. lawmakers, we hosted an electric bicycle (e-bike) informational briefing and demo day at the Massachusetts State House to encourage people to try an e-bike while learning about our efforts to pass sensible legislation about this developing technology. Representative Jonathan Hecht, Representative Dylan Fernandes, and Senator Sal DiDomenico have sponsored An Act relative to electric bicycles (S.2071/H.3014) to differentiate e-bikes and motorized bicycles.

After an informational briefing hosted for Mass. lawmakers and their staff on the details of the bill, we moved outside to get people on bikes! For some, this would be their first ride on a e-bike and for others, their first Boston bike ride!

At this free and open to the public event on Beacon Hill, manufacturers and providers such as Lime, Giant, Specialized, Gotcha, GeoOrbital, and Superpedestrian provided e-bikes for people to test out with helmets provided by Bern Unlimited.

"We are seeing a dramatic increase in e-bike sales and ridership throughout the commonwealth, from commuters riding to work, to families in cargo bikes with kids being hauled to school, to aging riders on the bike path just going out for exercise and ice cream," said Galen Mook, Executive Director of MassBike. "This bill will help clarify the status of electric bicycles and make them distinct from other motorized bikes like mopeds, and will allow jurisdictions to create sensible regulations for where e-bikes should be ridden."

The bill remains in front of the Joint Transportation Committee and if moved forward, would provide Massachusetts with standards similar to other states with a 3 class system. The bill would regulate low speed electric bicycles just like pedal bicycles. The same rules of the road would apply when it comes to speed, proper passing, following local traffic laws, and other state and local ordinances.

In the interest of safety, local governments would be allowed to regulate the use of e-bikes in their parks, or on paths and trails.

"E-bikes present a clean, sustainable, and accessible transportation alternative. They will help reduce our carbon emissions, ease congestion in our cities and towns, and realign our transportation systems," says Representative Dylan Fernandes. "During National Bike to Work Week and Bay State Bike Week, we want to raise awareness of these small changes that can have profound impacts."

To learn more about e-bikes and this bill, click here for our e-bike page.

And check out a few more fun pictures from the event! 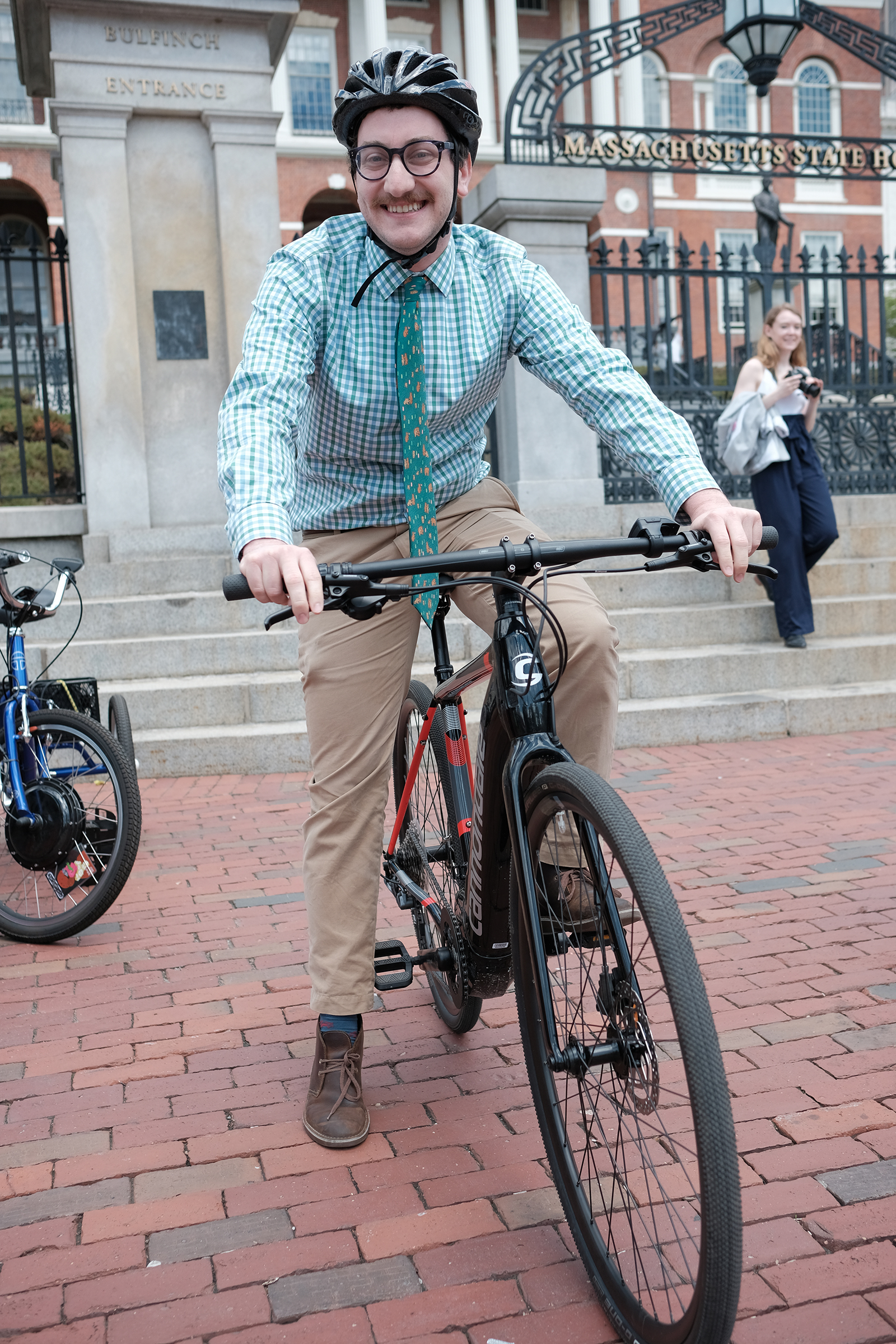 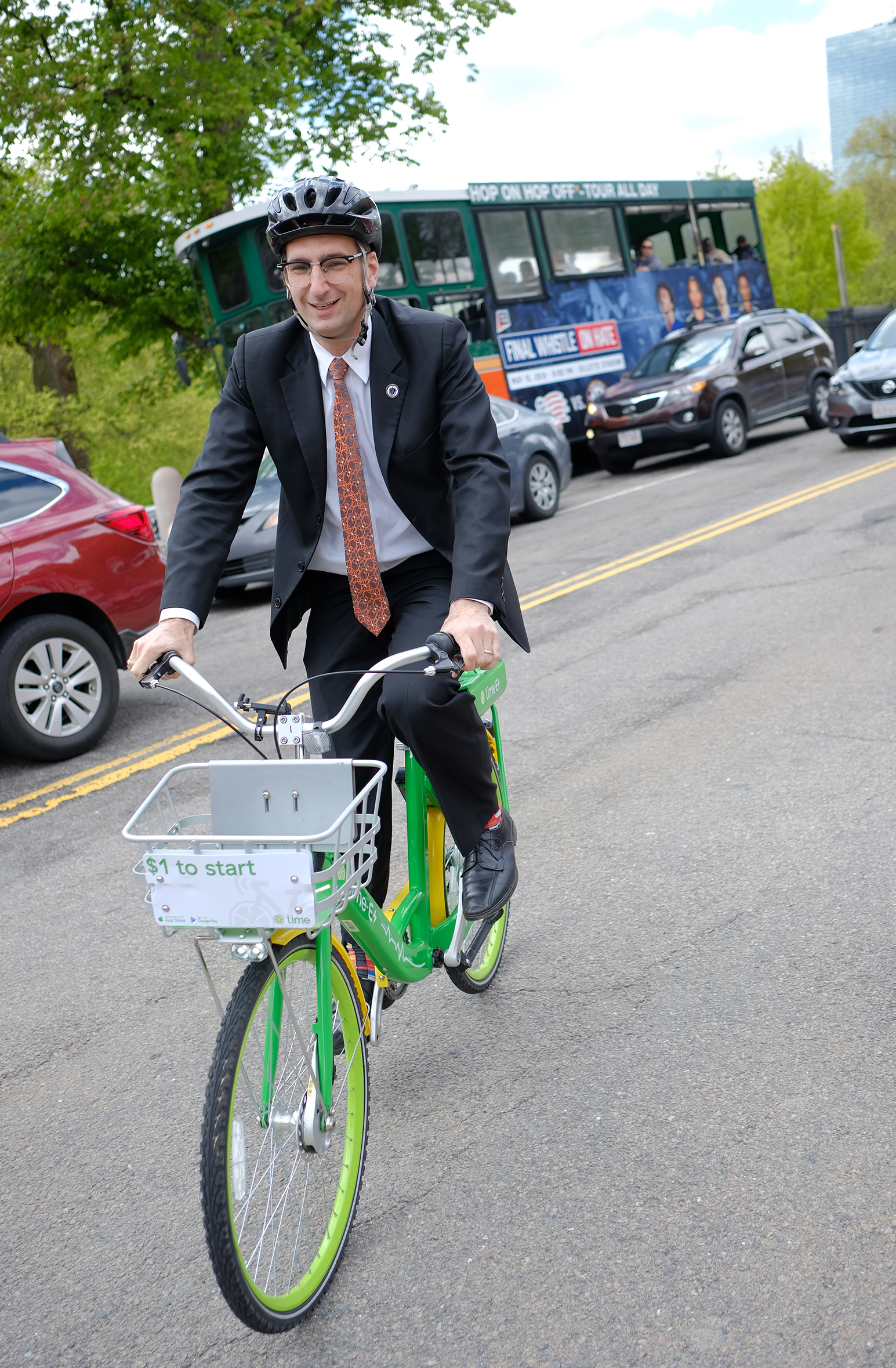 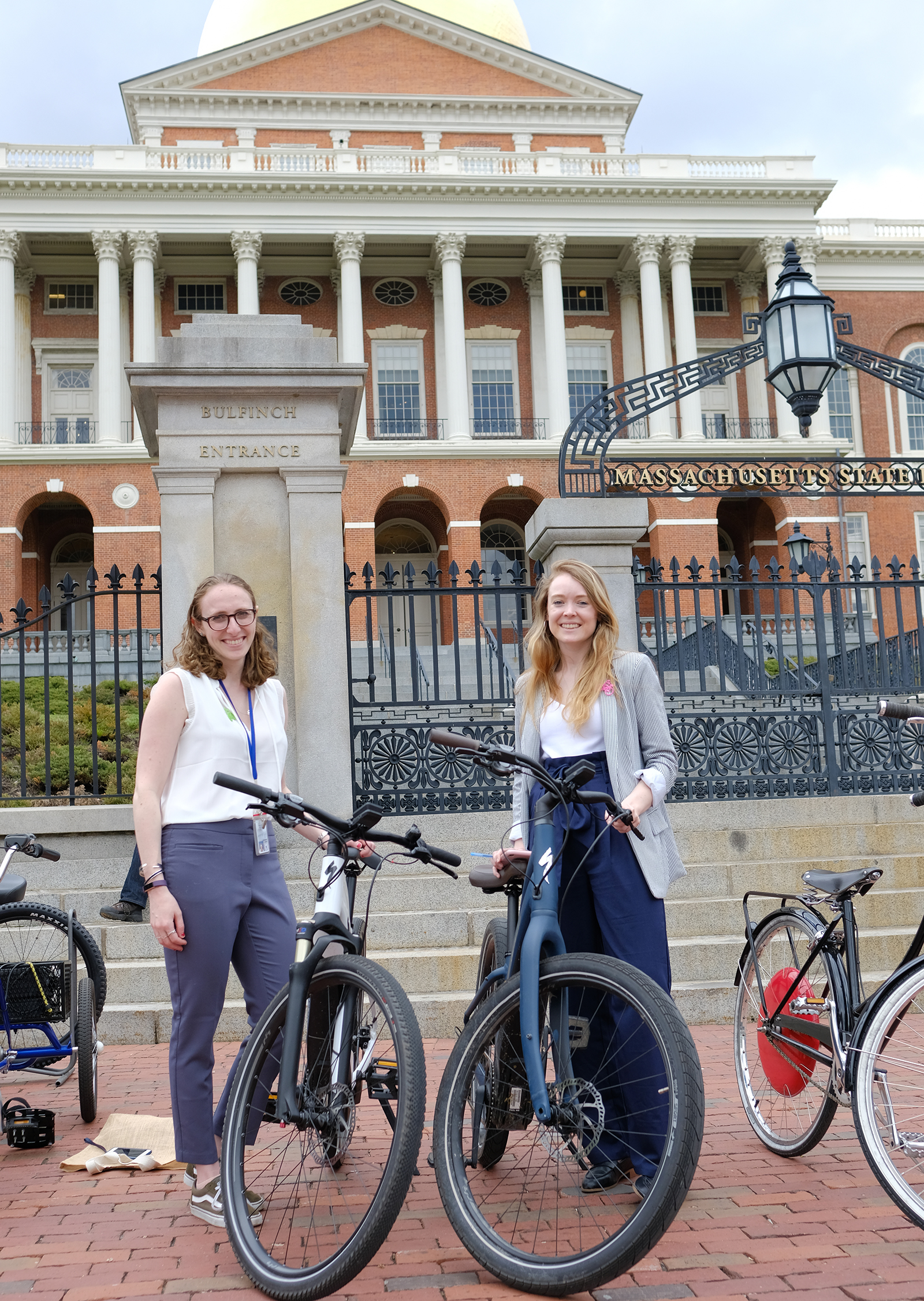