Last week MassBike hosted an immersive event at Hale in Westwood to invite policymakers, parks advocates, and other key folks to ride electric-assist bicycles in an effort to get to know this emerging technology first hand, and to help further the conversation around e-bike definitions and regulations. The issue as to what these devices are, and where they should and shouldn’t be ridden, has come to the forefront of our work at MassBike as e-bike ridership has grown dramatically over the past few years, and especially recently in the pandemic-prompted bike boom. More and more people are out riding bicycles. and we’re seeing riders come back to the bike after many years of not being in the saddle.  E-bikes have shown to be a powerful barrier-breaker to allow more people to ride longer distances, over more difficult terrain, and to ride with friends and family for both recreation and everyday use.

The demo day at Hale was designed to showcase the three classes of e-bikes, and to have folks ride them on pavement, gravel roads, and natural surface trails. Attendees included folks from the Department of Conservation and Recreation (DCR Commissioner Montegomery is pictured enjoying a Quadrini e-bike), the Executive Office of Energy and Environmental Affairs, New England Mountain Bike Association, public land trusts, parks advocates and leaders of “Friends of ___” groups, and individuals who are advocating for the allowance of electric bicycles on our roads, paths, and trails. We had bikes in a variety of sizes and classes available from Specialized (national brand), Quadrini (based in Florence, MA), and 1854 Cycling (based in Framingham, MA). We did not have any local bike shops on hand, mainly because they're all slammed selling every bike available, and also to make sure this event is not about the local bike industry but more about the devices themselves.

Though MassBike does not believe that all e-bikes should be allowed in all areas across the commonwealth, we do see the current lack of designation of these devices as being considered “bicycles” (as opposed to “motor vehicles” such as moped or motor bikes) as a prohibitive factor that prevents riders from enjoying biking. And since bicycling is a regional activity, and a rider may cross municipal boundaries on a bike ride, riding on a variety of roads, paths, and trails that are overseen by multiple jurisdictions, we feel the need to have a statewide understanding that is agreed upon by multiple stakeholders. This event was an effort to get those “deciders” to experience e-bikes, to ask questions, and to try out the three classes first hand.

To be clear, however, this e-bike demo day was not designed to convince folks to ride or buy an e-bike, and was solely an effort to help educate land managers, policy makers, and other concerned outdoor professionals and advocates on exactly what these e-bikes are. We had Class-1 e-bikes to ride on natural surface trails, as well as Class-2 and Class-3 e-bikes. And with a robust attendance on a gorgeous late spring day, this was certainly a helpful element in the conversation regarding the pending regulations that will be set by agencies such as the DCR, MassDOT, and other jurisdictions. 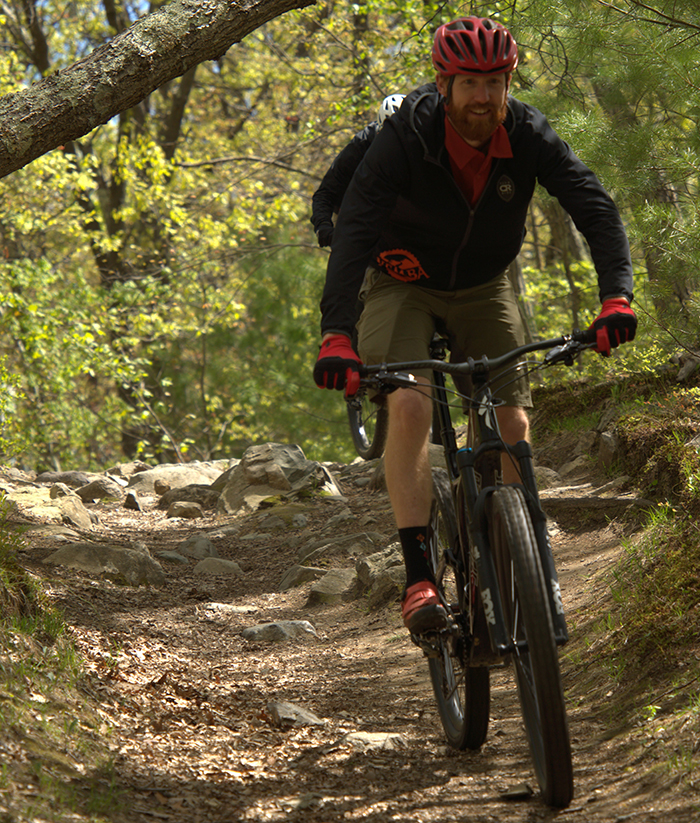 To learn more about MassBike’s efforts to standardize electric bicycles and to encourage legislation and regulations to facilitate access while preserving the safety of road and path users, and conservation of the natural open spaces, please visit our electric bicycles advocacy page and get to know our three legislative priorities related to the issues: 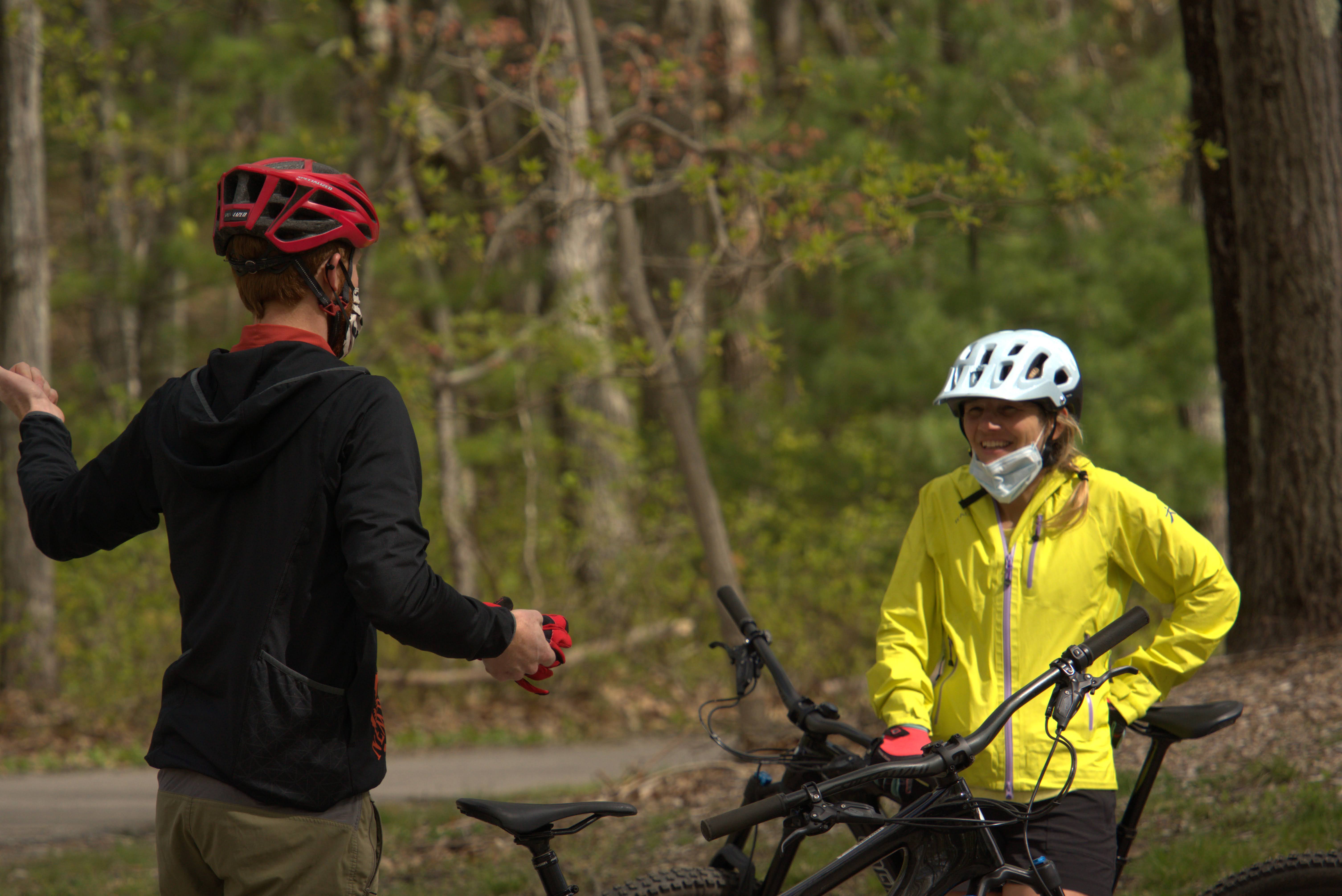 The last two photos are courtesy of Patrick from Bike-ify