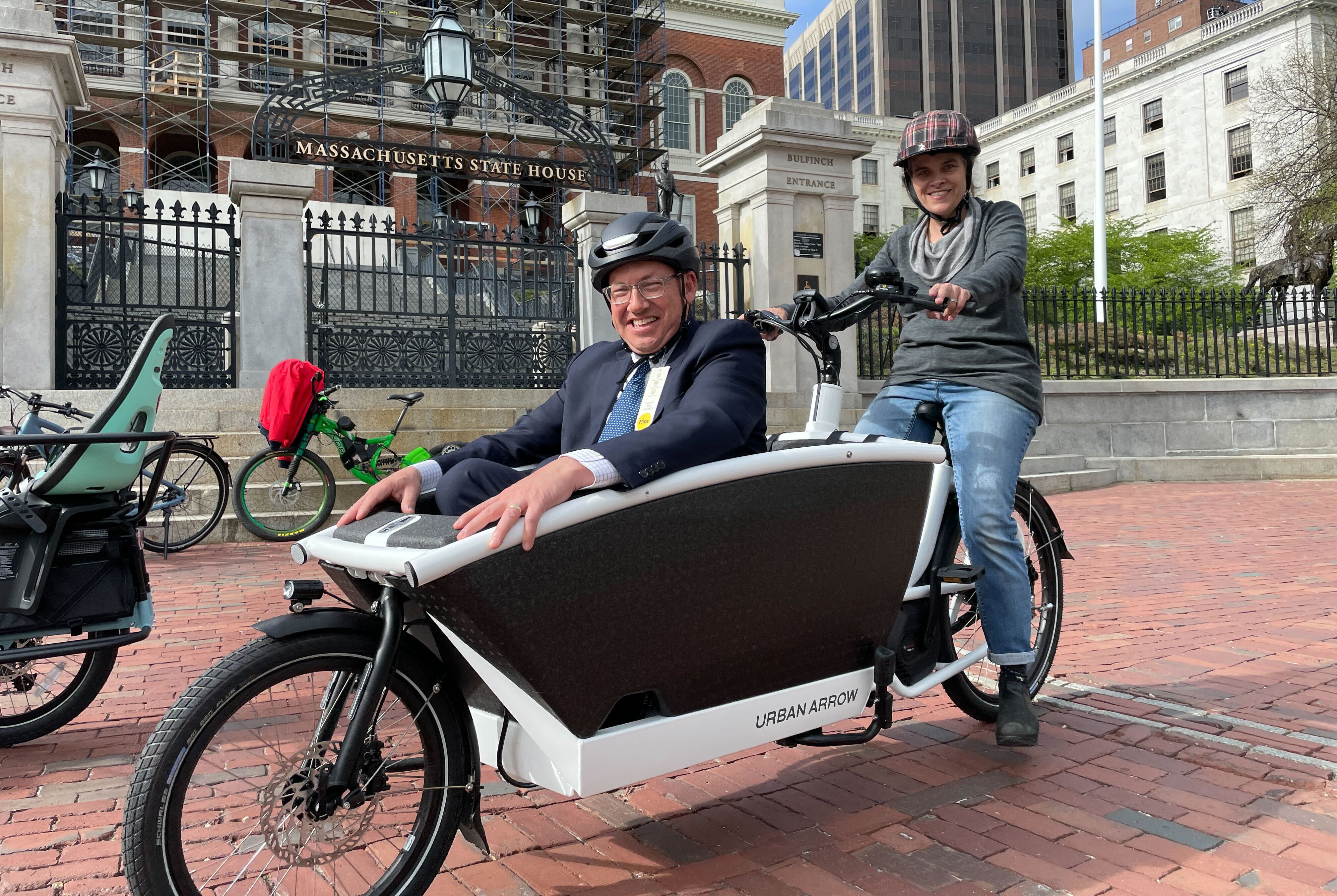 On Wednesday, Governor Baker signed the bill, and these e-bike provisions, into law!

These are two major wins for bicycling in Massachusetts that MassBike has been pursuing over the past two sessions, and we are grateful for all our members and coalition partners who helped elevate these concerns to local legislators and help these priorities get over the finish line. Thank you!

The champions of these bills are our leaders on Beacon Hill who worked through the bureaucracy to keep these bills moving and on the radar of the leadership.

Rep. Natalie Blais (1st Franklin) had put forth An Act relative to electric bicycle rebates in response to constituent concerns about the costs of purchasing an electric bicycle in order to navigate the hill towns of Western Mass without a car. Rep. Blais’ provision included in the transportation bill allocates $1 million to establish a state rebate program that would offer $500 rebates for e-bike buyers and $750 rebates for low-income e-bike buyers.

“E-bikes are still far too expensive for most Massachusetts residents,” commented Blais. “Incentivizing the purchase of e-bikes will not only increase transportation options but also fuel economic development, improve health outcomes, and help us to meet the Commonwealth’s climate goals.” 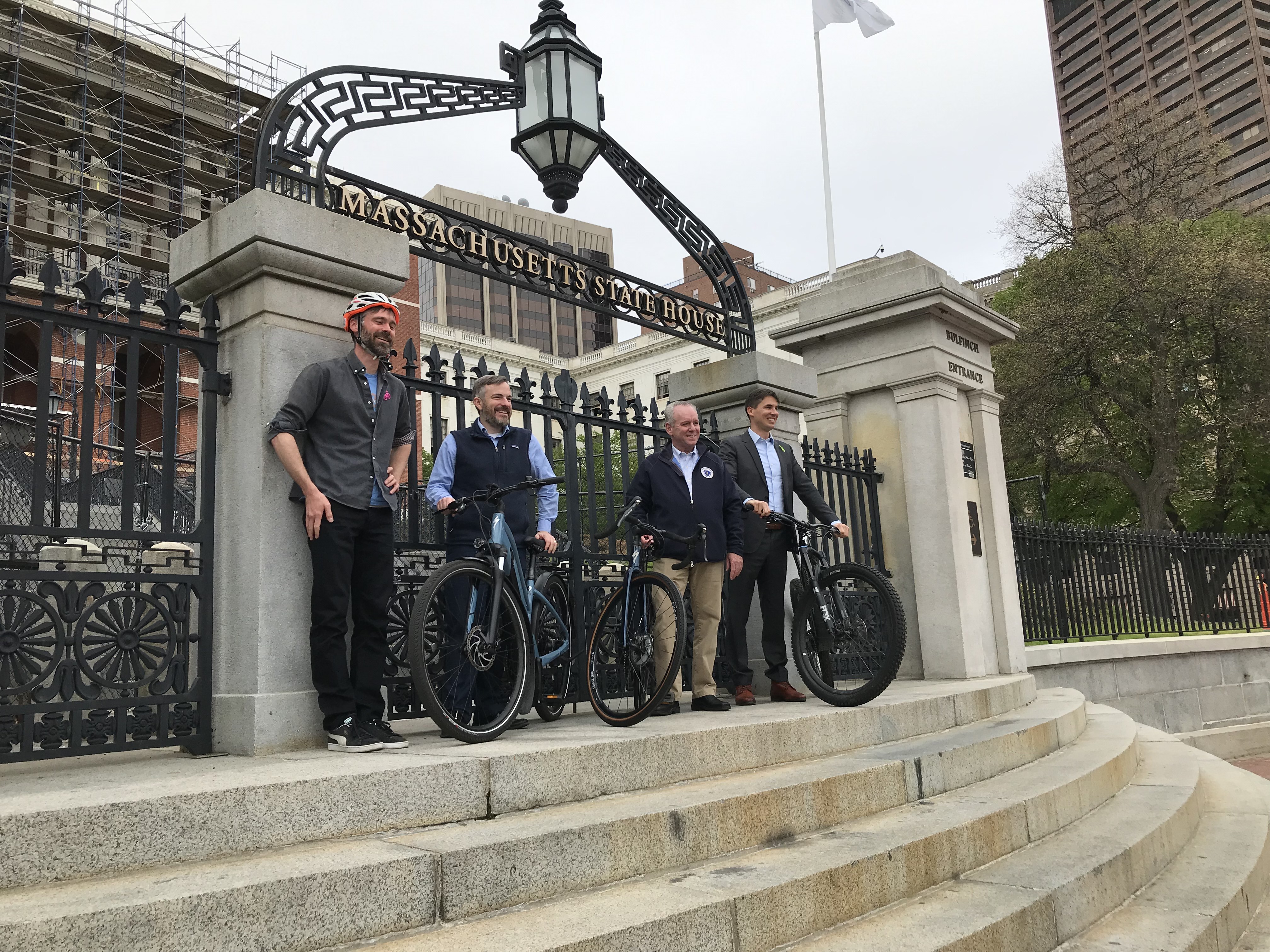 Senator Sal DiDomenico (Middlesex and Suffolk) and Rep Dylan Fernandes (Barnstable, Dukes and Nantucket) first submitted An Act relative to electric bicycles last session to better distinguish e-bikes from mopeds and clarify regulations for riding on shared-pathways. We came close two years ago, but got caught in a broader effort to define scooters and “micromobility” and we couldn’t get to consensus (sidenote: there is work still needing to be done for electric scooters, skateboards, and more). This session, Rep. Fernandes was joined by Rep. Steve Owens (29th Middlesex) who carried the concerns from his constituents who use e-bikes for every day riding.

“Electric bikes do it all: they provide an easy way to get around, a low-cost alternative for commuting, allow for people with physical limitations and health challenges to ride bikes, as well as combat greenhouse gas emissions!" says Senator DiDomenico. "I am so proud to have worked with so many of my colleagues and advocates to pass this amendment which will make electric bikes more equitable and accessible for all bike riders in Massachusetts.”

“E-bikes can be a piece of the puzzle to encourage mode shift,” says Rep. Owens. “I’ve heard from so many people who are now able to use a bicycle to commute or go shopping or drop off the kids because they have that little extra assist to make the trip possible.”

The House and the Senate worked together to come to a compromise on the Class-1 and Class-2 electric bicycles, opting to not include faster pedal-assist Class-3. MassBike has been asking to include all three classes in order to match federal designations, so we have a bit more work to do in later sessions to feel this bill is complete. However this is a significant step forward to allow slower speed e-bikes to be considered in design guidelines, regulated on shared use pathways, included in regional bike sharing systems, and eligible for incentivization programs to promote mode shift. [read more about our e-bike model legislation here] 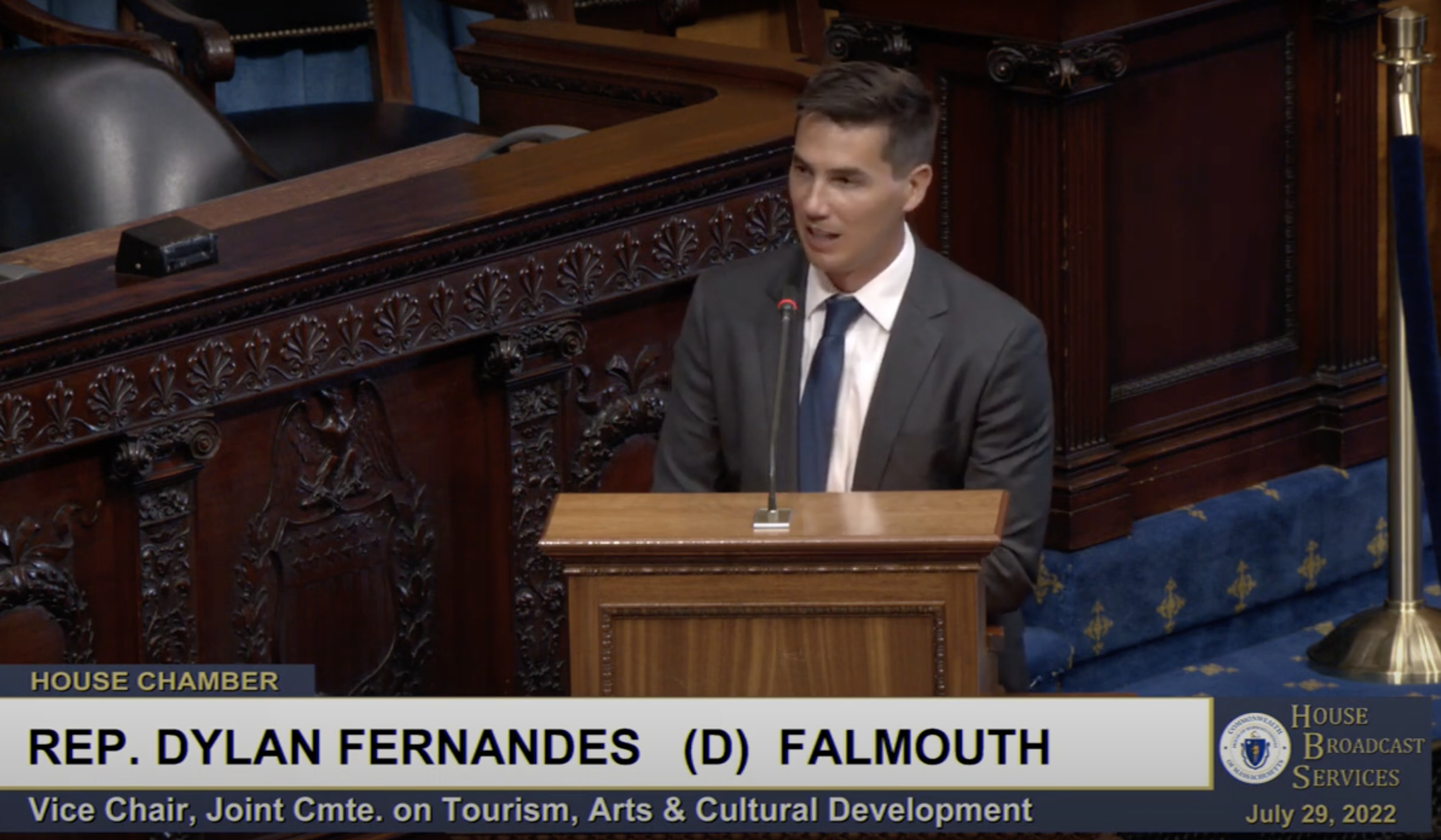 The overwhelming support of both of these e-bike measures shows the demand for electric bicycling across the commonwealth. MassBike has seen how e-bikes are game changers to get more riders out: they are great for those looking to lower their transportation costs and carbon footprint, they allow for people to ride longer distances, carry cargo, and cover more difficult terrain. MassBike is proud to have these two successes to show for our work, and we’re grateful for the leadership of Sen DiDomenico, Rep Fernandes, Rep Owens, and Rep Blais and all the advocacy around the state from our members and partners.