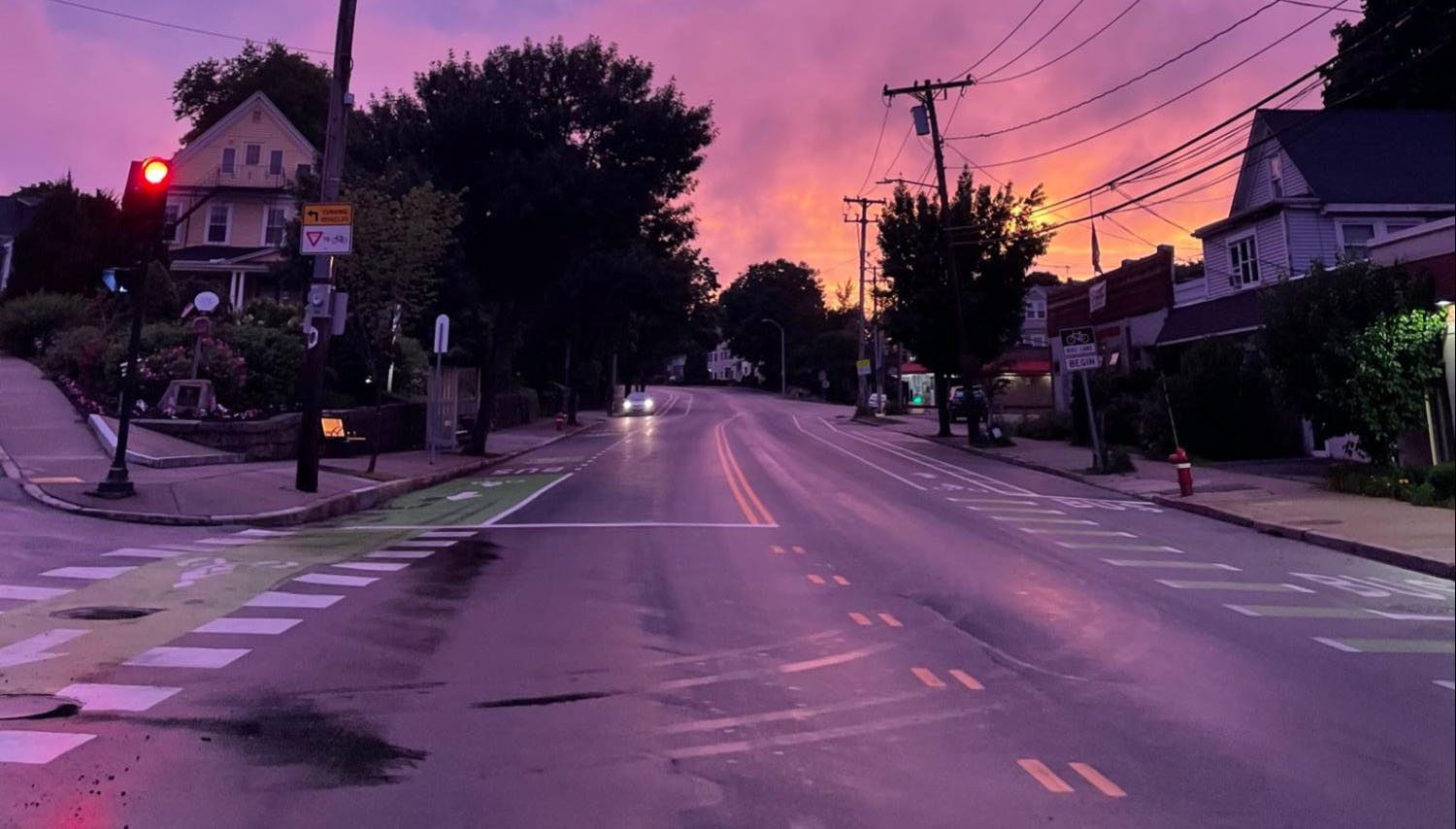 Arlington is currently planning to reconstruct the Massachusetts Avenue Corridor between Quinn Road and Richardson Avenue. Arlington’s consultant, Stantec, has opened an online open house that people can use to let the consultant know what they hope the new corridor may look like. Make your voice heard & let them know you want separated bicycle lanes!

On this corridor, in 2020, Charlie Proctor, and his partner, Alison, were biking home when Charlie was struck by a left-turning driver who crossed in front of their path. The crash was fatal for Charlie. He died just three weeks before his 28th birthday. Because of this fatality, the town implemented a quick-build bicycle lane in this corridor. While the bike lane the town installed is an improvement, it’s not perfect as it isn’t continuous and doesn’t fully protect bicyclists.

The reconstruction of this corridor would allow the town to install sidewalk level dutch style separated bicycle facilities, that would be safe for all users. The town is also considering raised intersections and a brand new traffic signal with bicycle signals at Appleton Street.

Please access the open house before the end of July, to let the town know what you’d want Massachusetts Avenue to look like in 2025. The last time this area was significantly reconstructed was in the 1960s, over 50 years ago.