For the past two years, MassBike has been advocating for safety improvements at the intersection of Massachusetts Avenue and Appleton Street following the tragic death of Charlie Proctor. After short-term improvements were installed, Arlington continued to work on a longer-term solution to improve safety for all along the corridor. At a recent Open House event, concept designs were released for the Mass Ave and Appleton corridor's long-term improvements.

At the event, Stantec presented concept designs for the corridor which include several key features MassBike has been advocating for. Most specifically, continuous separated bicycle lanes have been included in both directions. We're pleased to report that all design options include these sidewalk-level separated bike lanes to include safety along the corridor.

Other features including floating parking, pocket parks, new crossing opportunities, and new traffic signals at both Forest Street and Appleton Street will create a totally new corridor. The designs presented would make the Mass Ave and Appleton Corridor more people focused than any other in the town. The presentation from Stantec, as well as the full concept for the Mass/Appleton corridor, can be found on Arlington’s project website for Mass/Appleton. 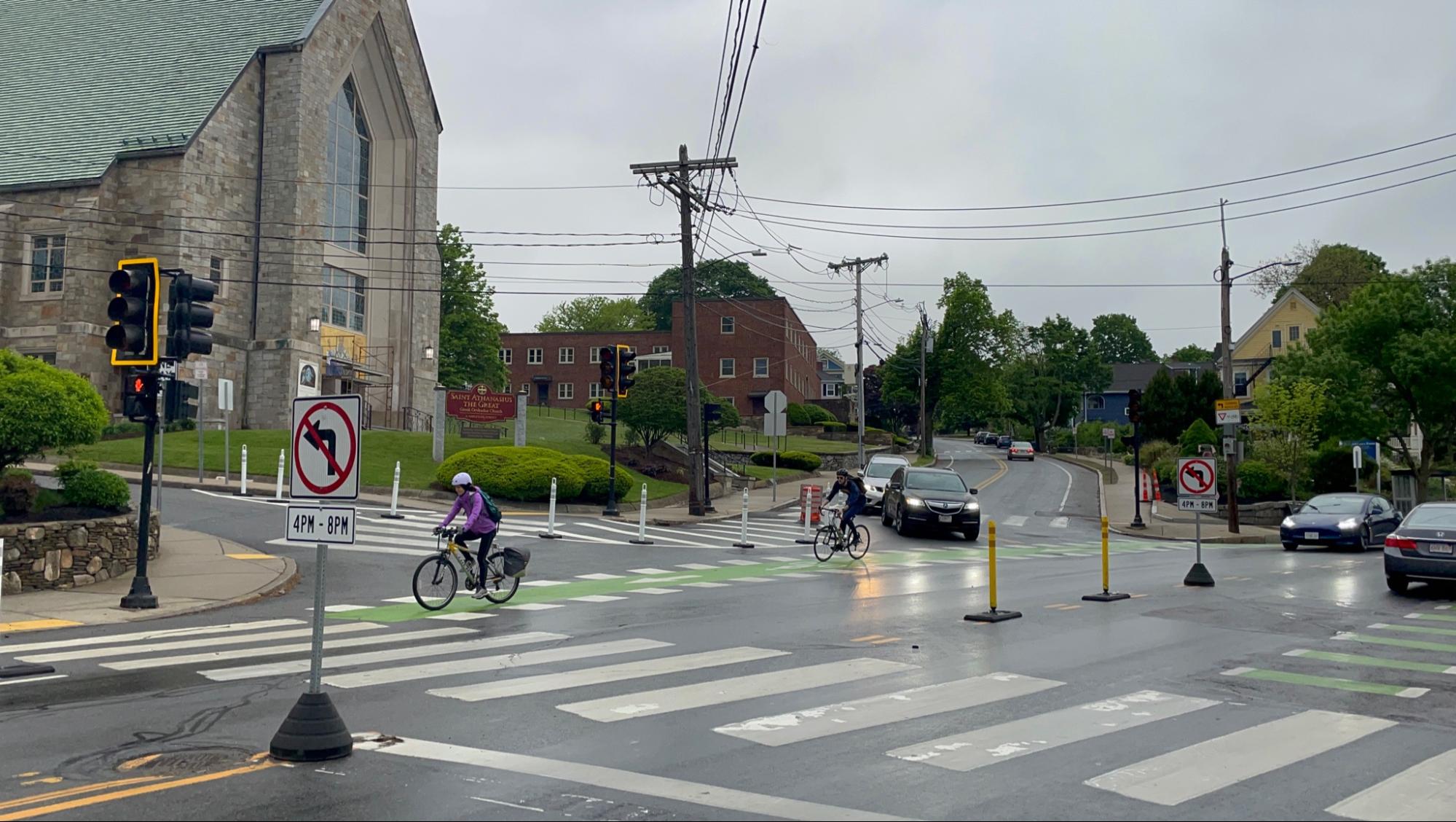 Arlington is looking to collect feedback from these concepts until November 4th, please use the Google form Arlington created to share preferences on design alternatives. MassBike is particularly interested in the alternative that would close Appleton Place from Massachusetts Avenue, to simplify the Mass/Appleton intersection.

View the concepts and presentations on Arlington’s project website for Mass/Appleton and provide comments to the town by November 4th via the following Google form: https://forms.gle/ERyxNkSqoDkWmhb4A