As much as 50 percent of the rush hour traffic on the Longfellow Bridge is on a bicycle. The bridge between Cambridge and Boston is part of a key commuting corridor for cars, bikes, pedestrians and the MBTA Red Line.

The rehab project, one of five spans being re-done under the Massachusetts Department of Transportation’s $3 billion Accelerated Bridge Program, has maintained inbound and outbound bicycle access throughout the project but has restricted automobiles to inbound access only. Recently the project switched from the downstream span to the upstream span, which has been renovated. This has put the bikes inbound alongside cars and outbound on a path shared with pedestrians. 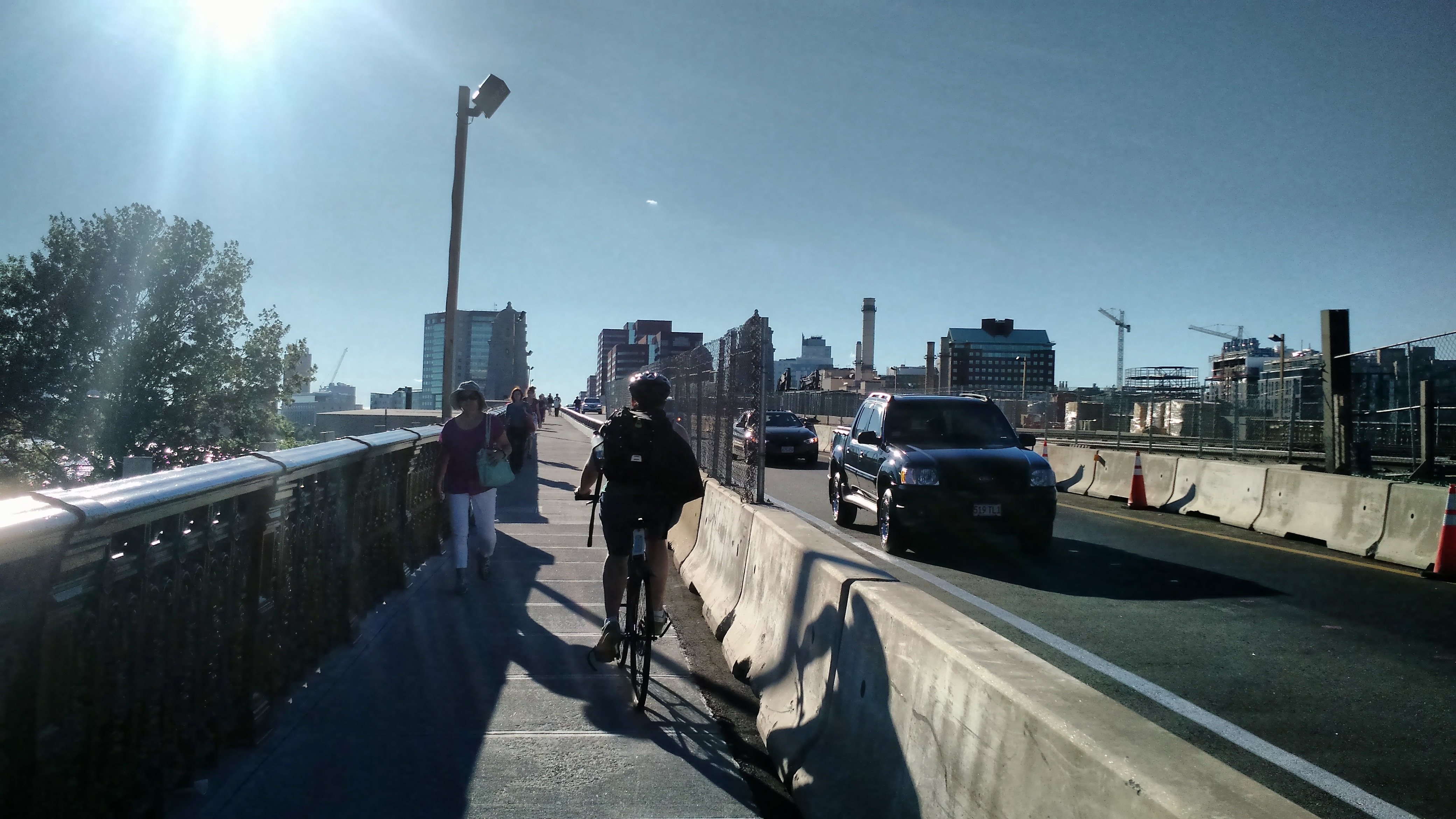 Naturally there have been considerable conflicts and confusion in the mix of bikes, peds, tourists and construction crews. After numerous complaints, MassDOT scheduled a site visit and invited MassBike, Boston Cyclists Union, WalkBoston and other advocates to attend.

“The nice thing about the design-build projects is that there is a close relationship between the contractor and the designer,” said Erik Maki, the project manager for TetraTech. His firm is working alongside the contractor. In this case that is a joint venture with WSC, White/Skanska/Consigli. “I personally find it helpful to see your perspective on the challenges of navigating through the work zone. Ultimately that helps me become a better designer.”

“Honestly the speed with which they fixed things stunned me,” said Richard Fries, executive director of MassBike. “Bike advocates have become accustomed to a ‘when-we-get-around-to-it’ attitude from transportation officials and contractors. These guys pounced on our suggestions.”

The site visit focused on a number of key elements, but both ends of the bridge required attention and immediate changes, along with the Cambridge-bound approach through the confusing and hectic Charles/MGH Circle.

The Cambridge end, which currently routes outbound cyclists around and under the bridge, required considerable attention and signage changes. The narrow 180-degree left hand turn proved so daunting, with just a ribbon of three-feet of pavement, that most riders simply ignored the direction and continued straight into oncoming traffic or on to a sidewalk.

They also removed several “car sized” barrels and cones that choked cyclists and pedestrians into conflict. Additional “bike sized” signage will soon be installed to eliminate confusion between cyclists and walkers. 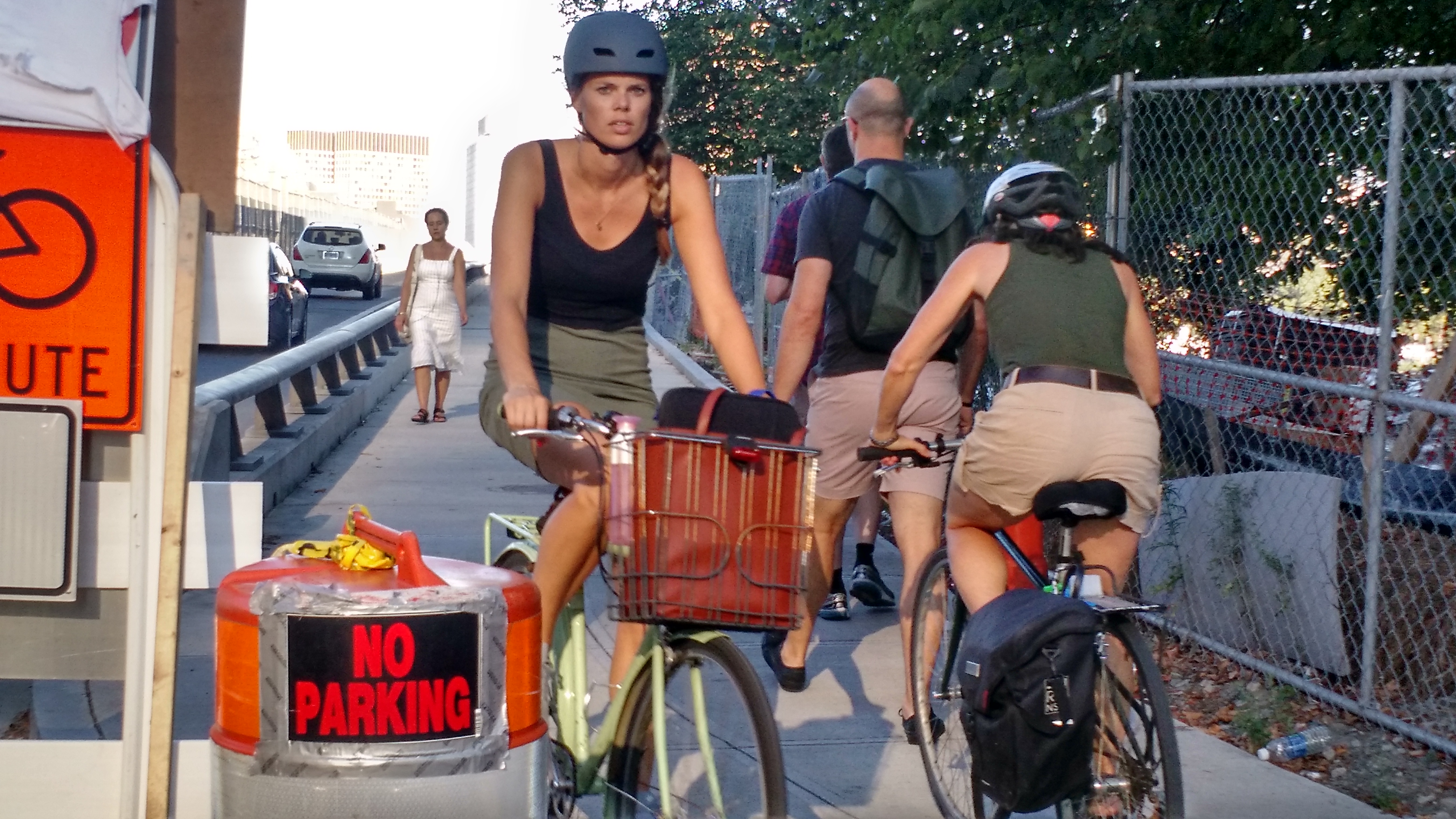 Maki noted that MassDOT now requires outreach to and getting input from advocacy groups, as part of its standard design requirements. This will prove important in other projects he leads, which includes the Rutherford Avenue project that connect Charlestown to Everett, a key bike corridor for North Shore cyclists trying to reach downtown Boston.

More remains to be done, but advocates have successfully opened channels to communicate.