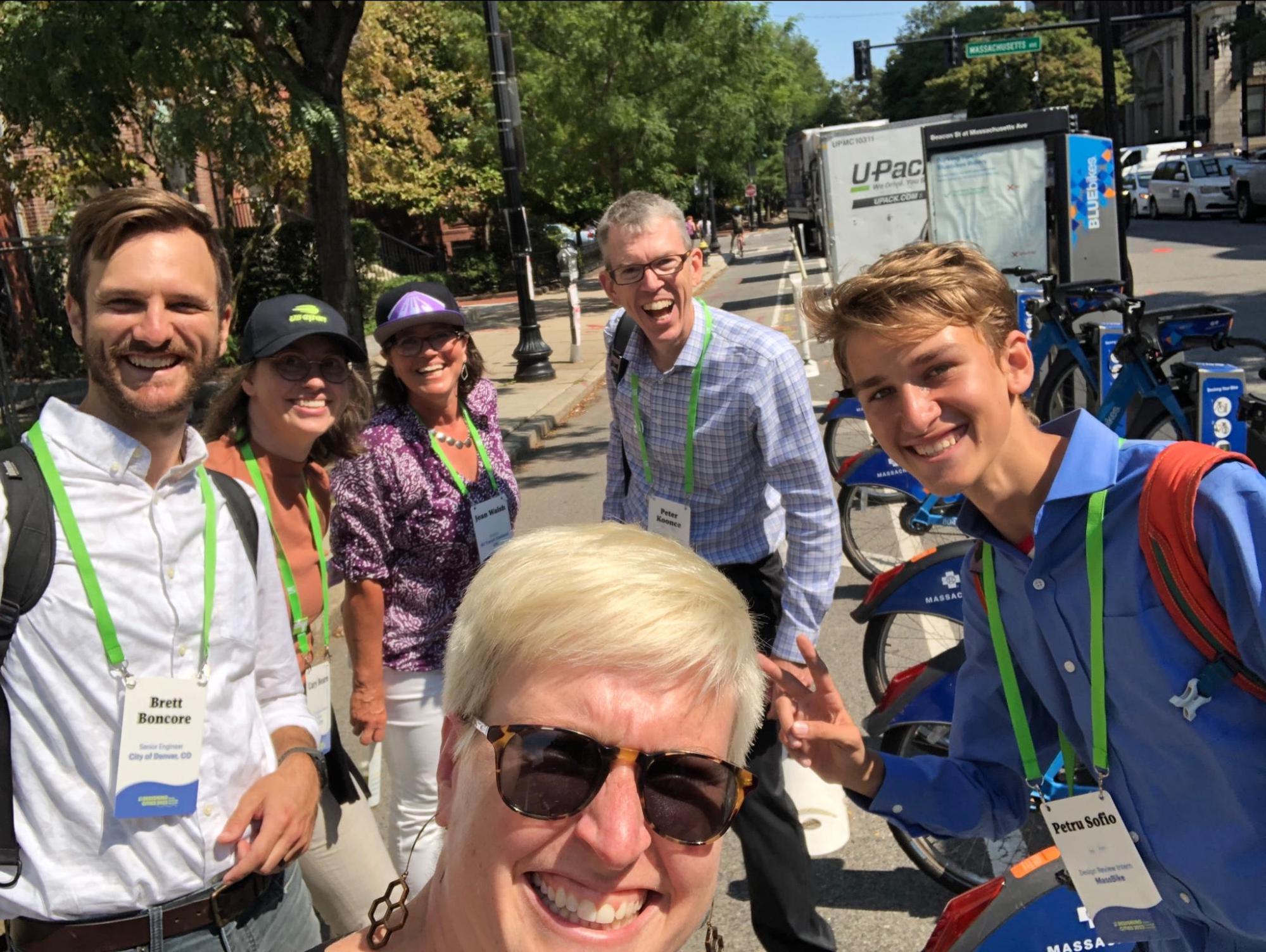 Between September 7th and 10th 2022, I attended the National Association of City Transportation Officials conference in Boston, MA. Over the course of a week, I learned about best practices cities across the country are using for street design. But first, what is NACTO?

NACTO (National Association of City Transportation Officials) is a national organization formed by city transportation officials who felt that national guidance was not supporting their nuanced goals for multi-modal streets. Over the years, NACTO has grown to 91 member cities across North America. Each year, NACTO hosts a conference that allows city advocates, and elected/transportation officials to meet and share their experiences. NACTO chooses to host the conference in a different member city every year, and this year, NACTO was hosted in Boston, Cambridge, and Somerville, MA. 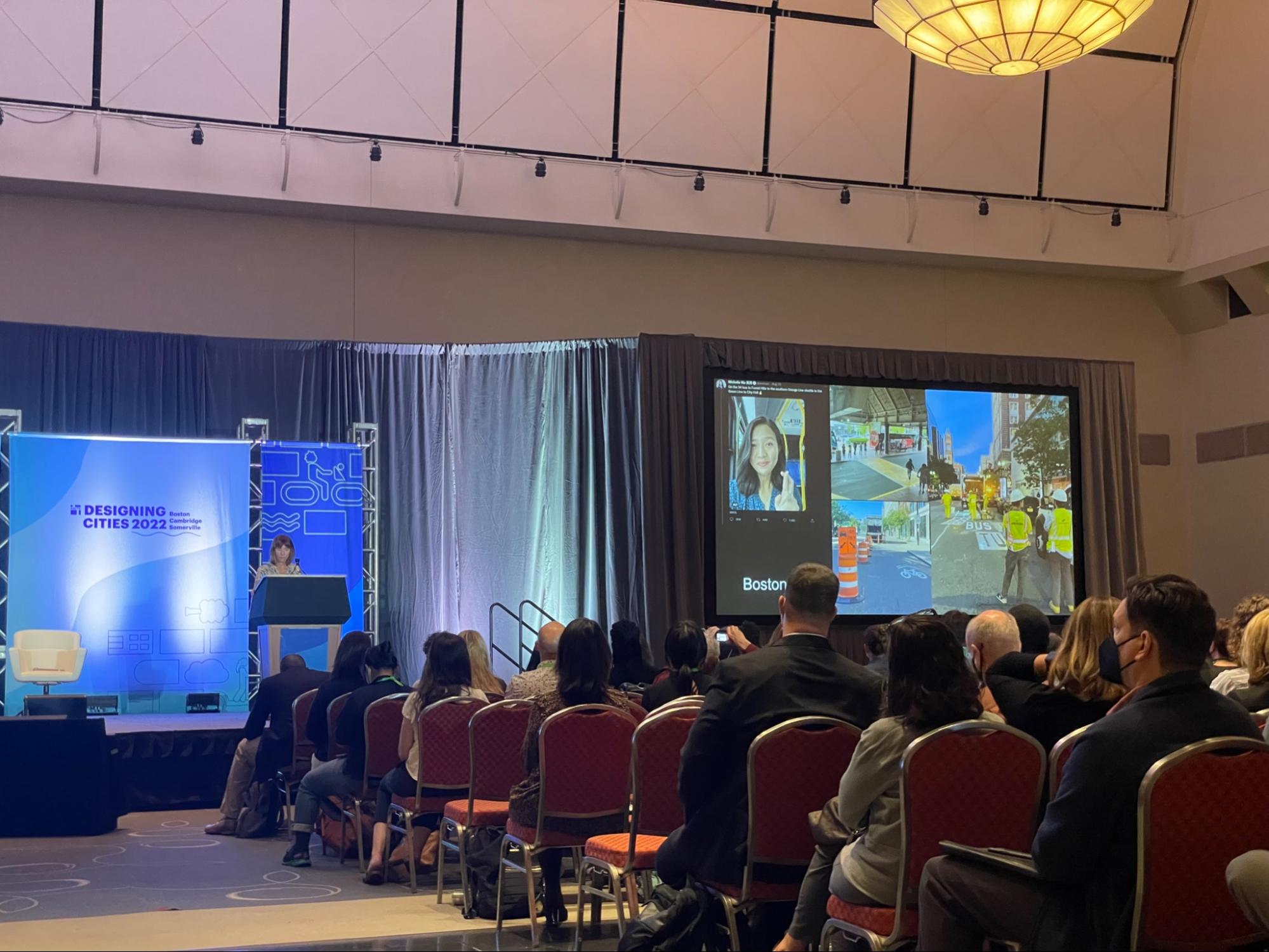 The conference exceeded my expectations in every way. Each day, I had a lovely bicycle ride from my home in Arlington to the conference on Massachusetts Avenue, starting at the intersection of Mass/Appleton, and at the Massachusetts Avenue bridge in Boston. At the conference, there would typically be a plenary from high-level US transportation officials or other local elected officials. It was so inspiring to hear about the great things US officials are doing to encourage and prioritize multimodal transportation. 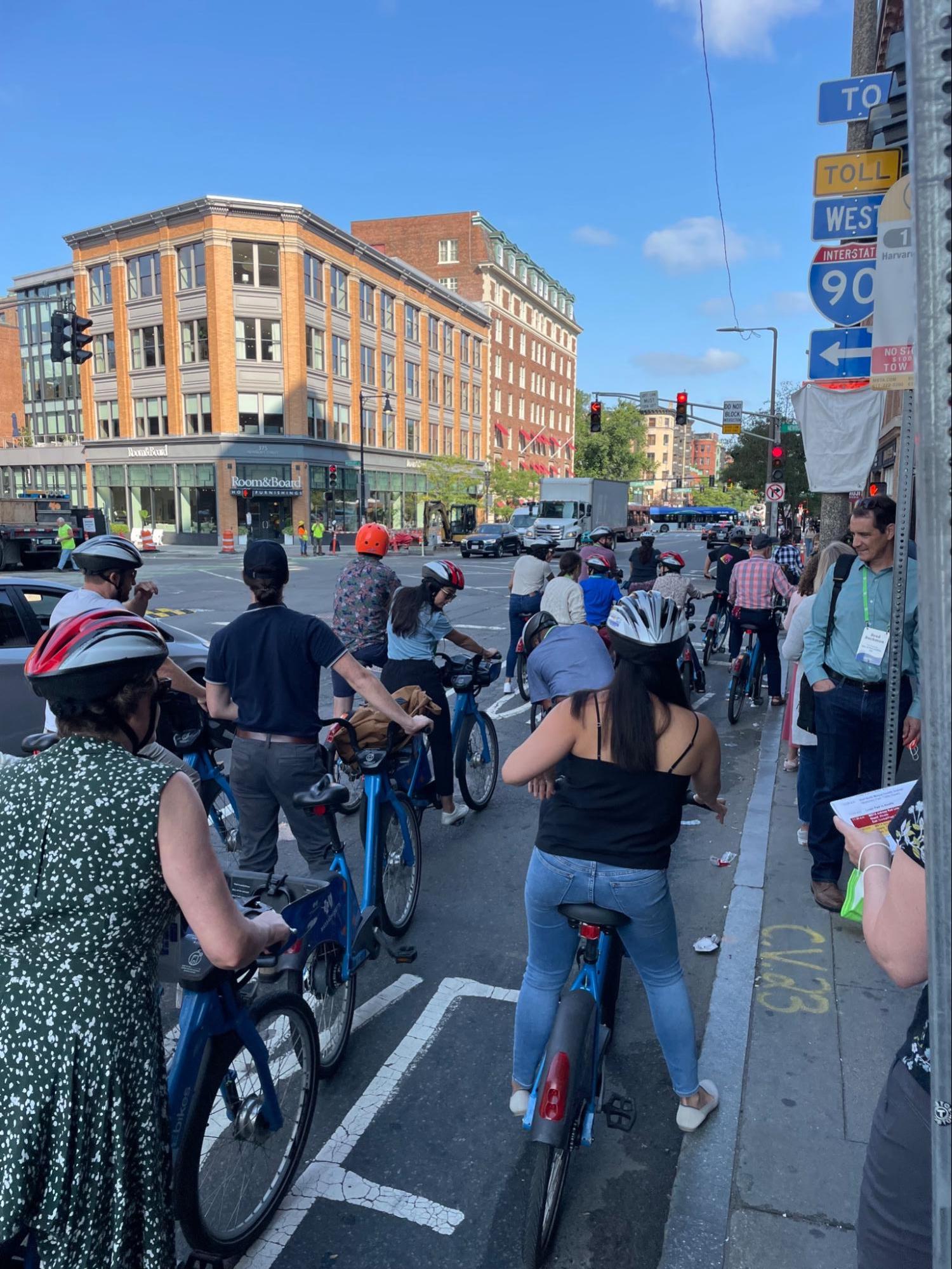 Next, attendees had the opportunity to go on WalkShops. WalkShops bring conference members into the streets of Massachusetts, giving them a tour of new transportation infrastructure and neighborhoods in the region. My first WalkShop was to Columbus Avenue’s center running bus lane, and my second one was in Cambridge on Massachusetts Avenue. It was great to learn about the design and community process these projects went through to come to fruition.

In the afternoon, several sessions about transportation topics were hosted. I attended many sessions, but my favorites had to be better bicycle lane separation, low volume bicycle routes at intersections, and the urban bicycle design guide meeting. These meetings explored how bicycle design has evolved in the years since NACTO was created, and how the design is still evolving. 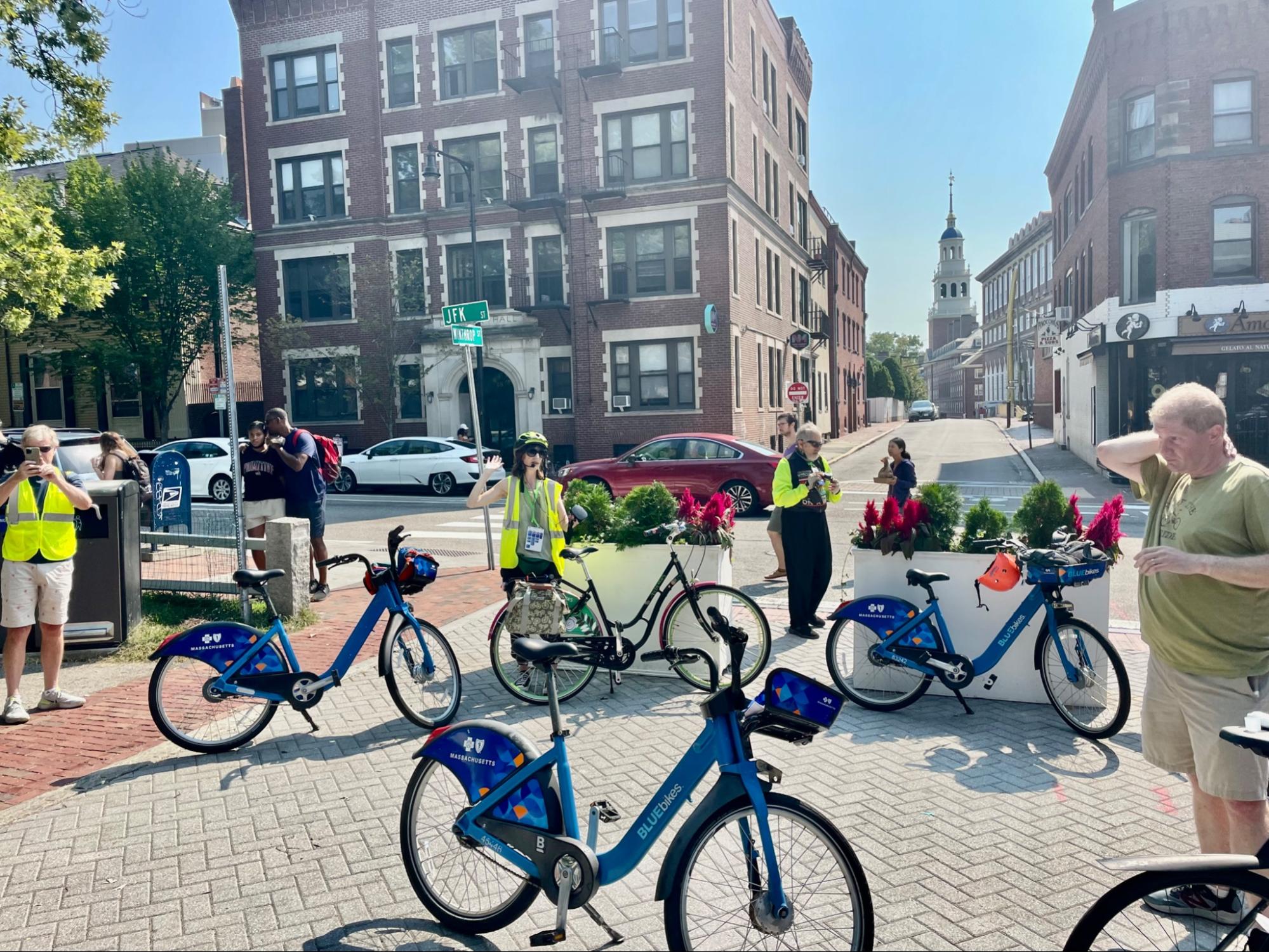 On Saturday, I assisted in the Cambridge Bicycle Network Vision bicycle ride, which was a ride around Cambridge showcasing old, new, and upcoming bicycle infrastructure across the city. It was a perfect way to end a great conference. I learned so much, met so many great people, and cannot wait to go to my next NACTO conference! 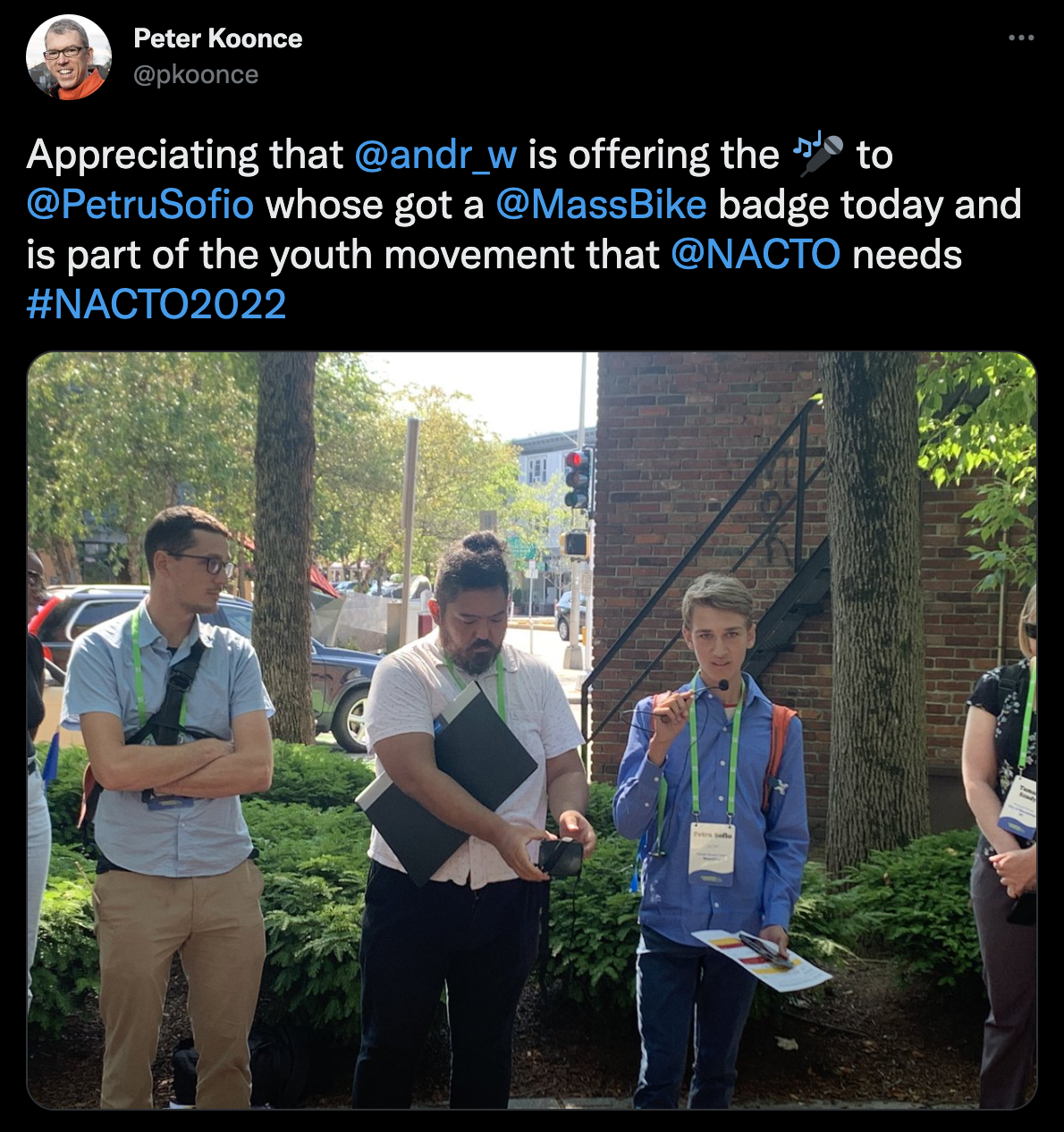 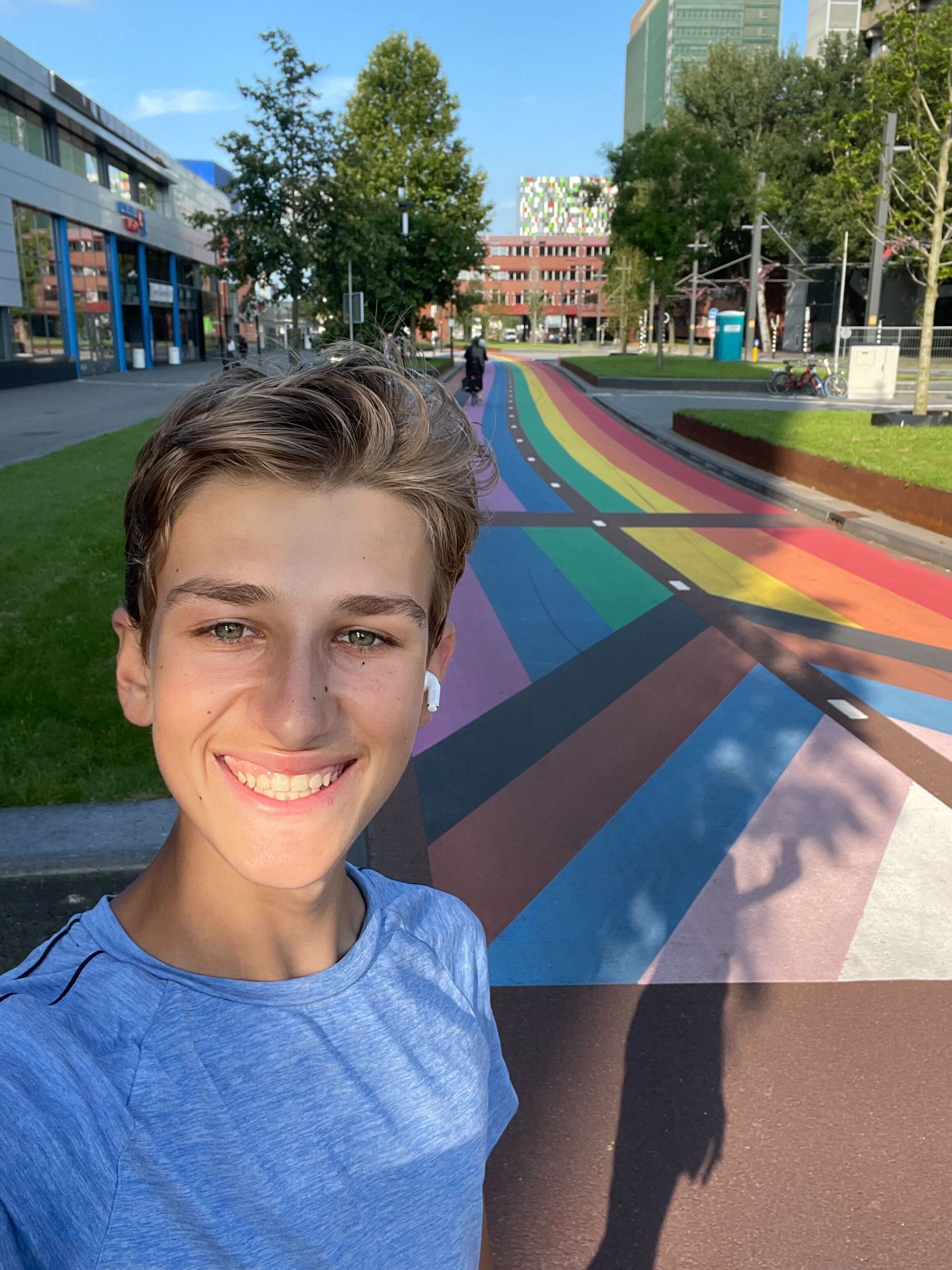 Petru Sofio is MassBike's Design Review Intern and Advocacy Representative from Arlington, Massachusetts. As a high school student, he bikes daily to and from school, year-round, using the Minuteman Bike Trail. He is a dedicated advocate, fighting to make streets safer for all ages, modes, and abilities.