This is the second installment of the Riding the Border to Boston (B2B) Trail series, Read Part I Here 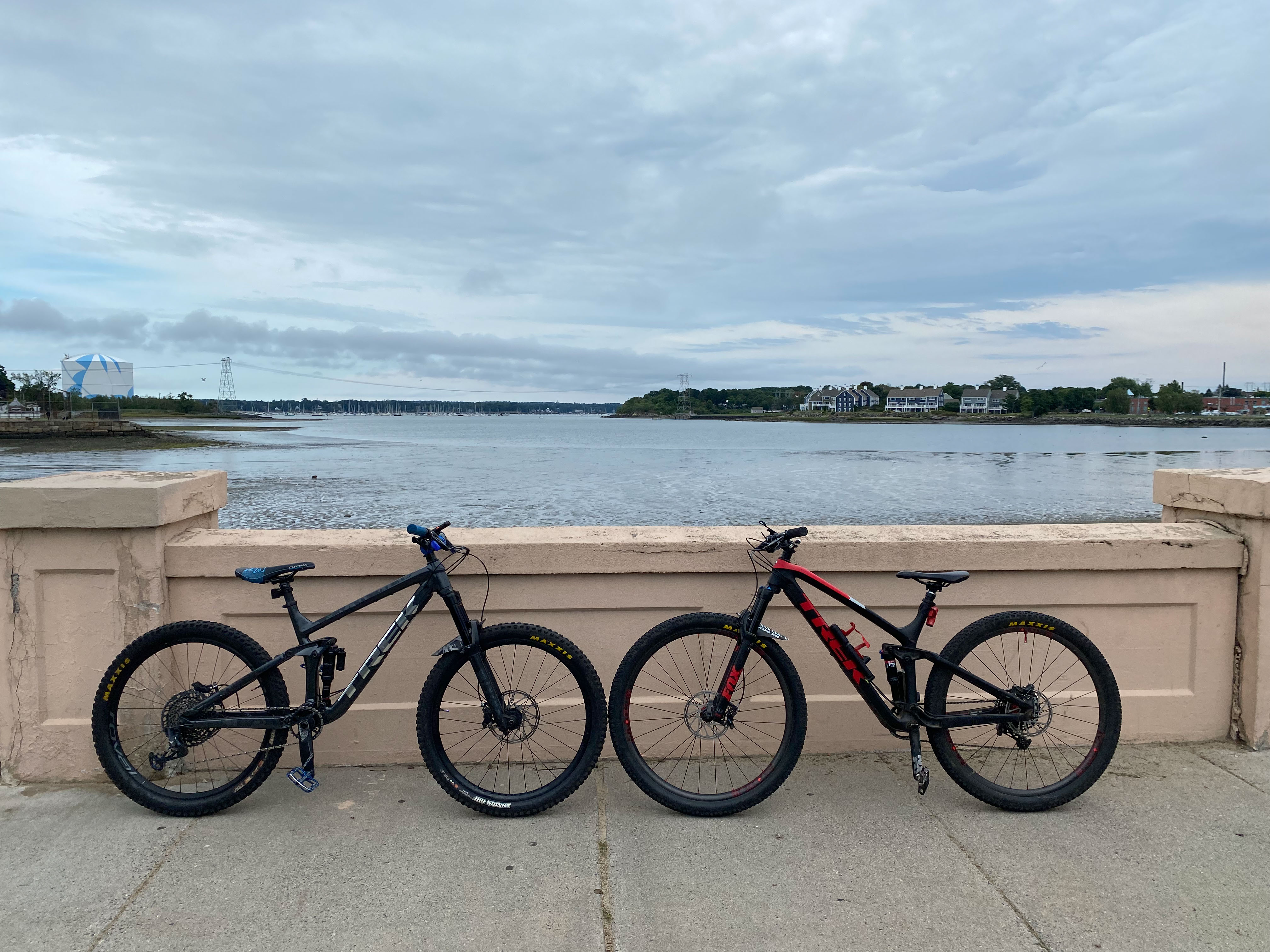 For our second ride, we rode twenty-four miles from Topsfield to Swampscott via the B2B trail. We had planned to finish in Everett but thunder was coming so we bailed early. Our ride time was 2 hours and 23 minutes but our total time was 3 hours and 45 minutes because we stopped to take pictures and videos, drink coffee, and do jumps. For this ride, Aidan rode his Trek Remedy Enduro Bike and Bode rode his Trek Fuel Ex Trail Bike with his cross-country race wheels. The Enduro bike was a bit slower than the race bike but exceeded at doing jumps and features that the race wheels may have broken on. We have ridden the Topsfield Linear Common between Topsfield and Danvers hundreds of times and we like to ride to the Wenham Canal, the Swamp Walk, and visit downtown Danvers where there is a bike shop adjacent to the rail trail, Western Cycle, and some jumps behind the high school. The Wenham Canal is very scenic and the Swamp Walk is a fun, long wooden bridge through what used to be a swamp but because of the drought, it is currently all dried up. The main trail is made of stone dust so any bike would work but if you want to have more fun, wider tires are best. In Danvers Center, we went to Kaffmandu Coffee House which isn’t directly on the rail trail but is in town on Maple Street. It has nice coffee with lots of different options and good pastries. Bode had a cinnamon mocha coffee and Aidan had a caramel latte and both were excellent. Kaffmandu is always great. 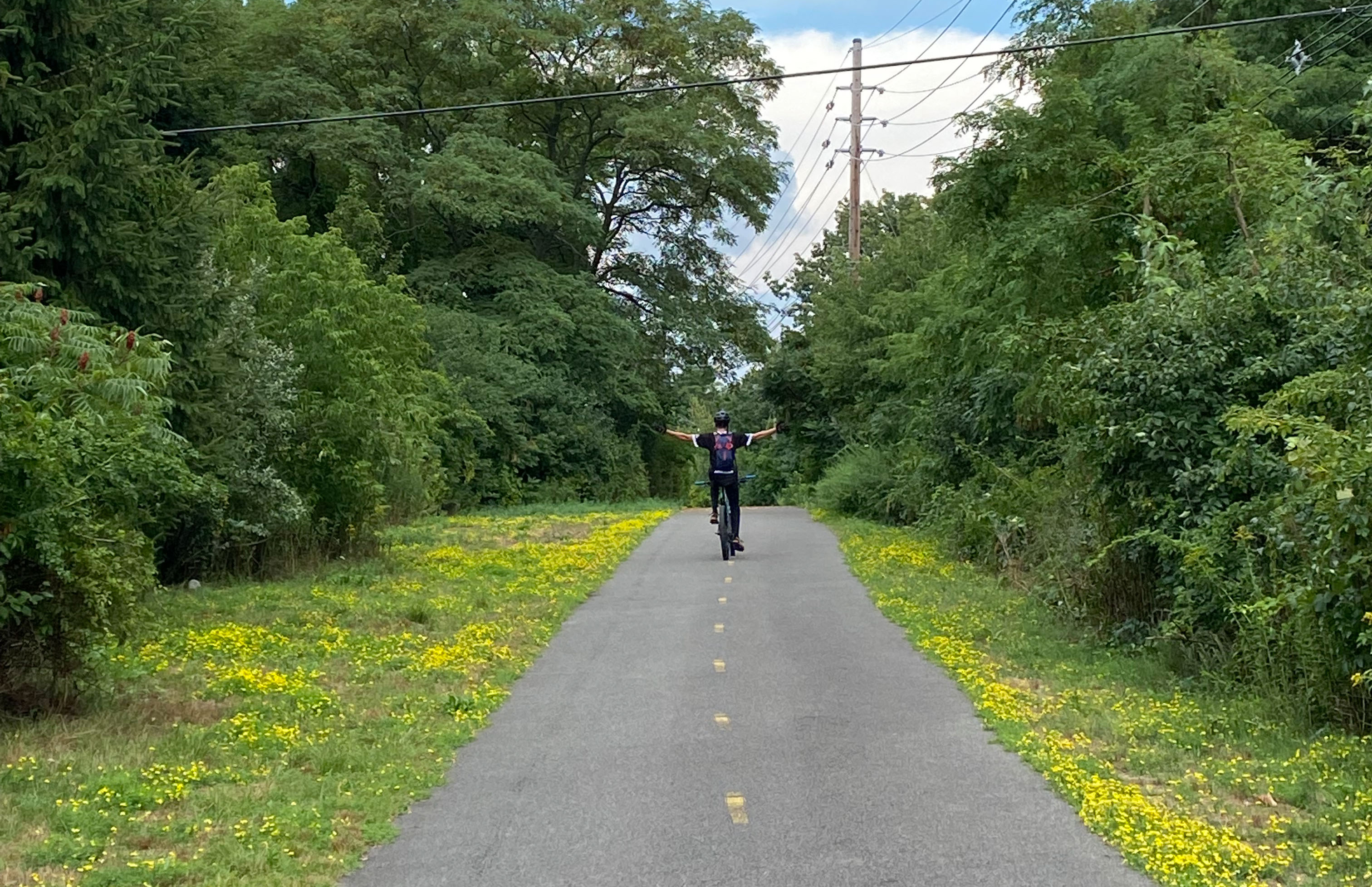 Aidan enjoying the quiet section of Rail Trail in Peabody

From there we stayed on the Danvers Rail Trail towards Peabody. Once we made it to the end of the rail trail in Danvers, we had to be on a busy road briefly, then got on quiet roads and a paved trail, then back onto a crazy busy road near the Northshore mall. We have been told that the recent grant will help finish the sections through Peabody, which will be really nice. After that, it was a mix of roads and a nice paved rail trail. We found jumps and staircases to ride and even a mountain bike trail. In Salem, we passed by Derby Wharf, a path you can ride or walk out into the harbor. When you get into Salem, you are right next to the water for a while which has really nice views. We even found a short mountain bike trail near the water in Wyman Woods. In Marblehead and actually all along the whole ride, there are nice paths off the trail that we want to explore someday as we didn’t have time to do all of them. 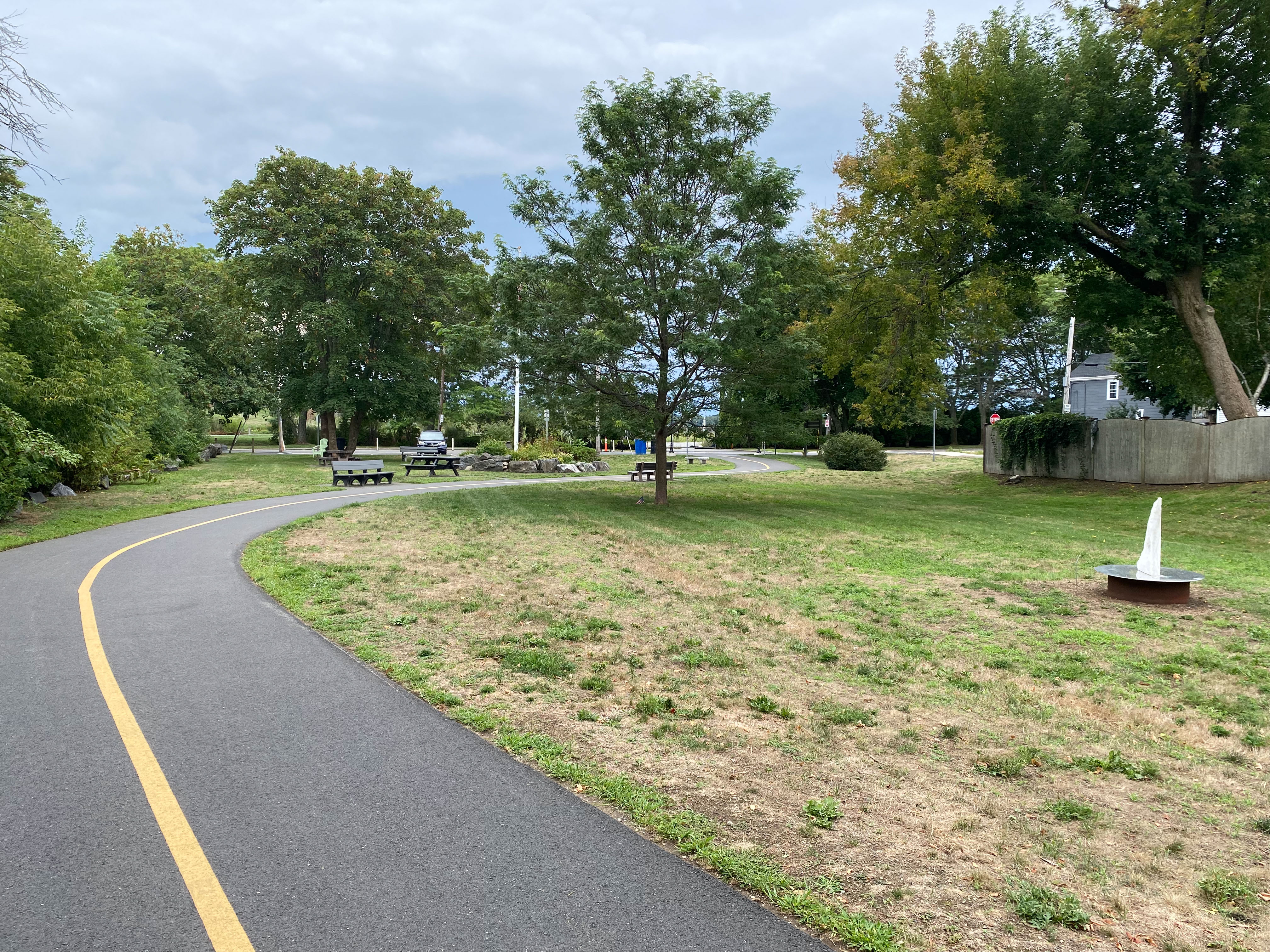 The scenic wiggly “path of doom” in Salem Willows

We got a little confused in Salem after the train station because there were no signs that we could find for a while. Fortunately, we had the East Coast Greenway map open, which allows you to show your location. We can’t stress enough how helpful that map was for this project. Without it, we would not have been able to figure out where to go. Most of the roads we were on were busy, especially in Peabody, so we rode sidewalks but they were really bumpy and would not be fun to ride on if we had been on road bikes. As we mentioned, we have heard they are going to complete the Independence Greenway through Peabody to fully connect to Danvers and Salem, which will make it a lot easier and safer to navigate through there and way more fun. 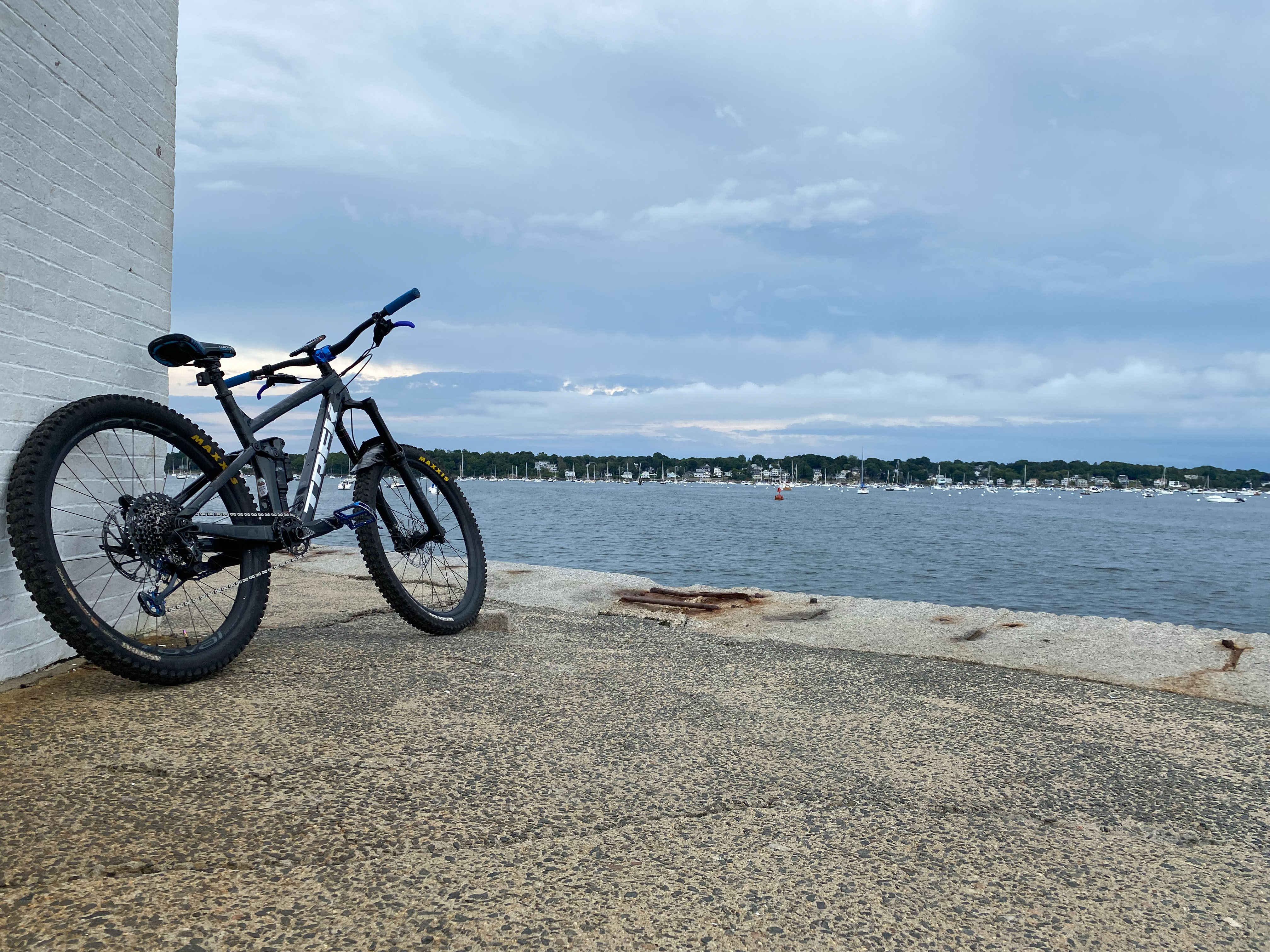