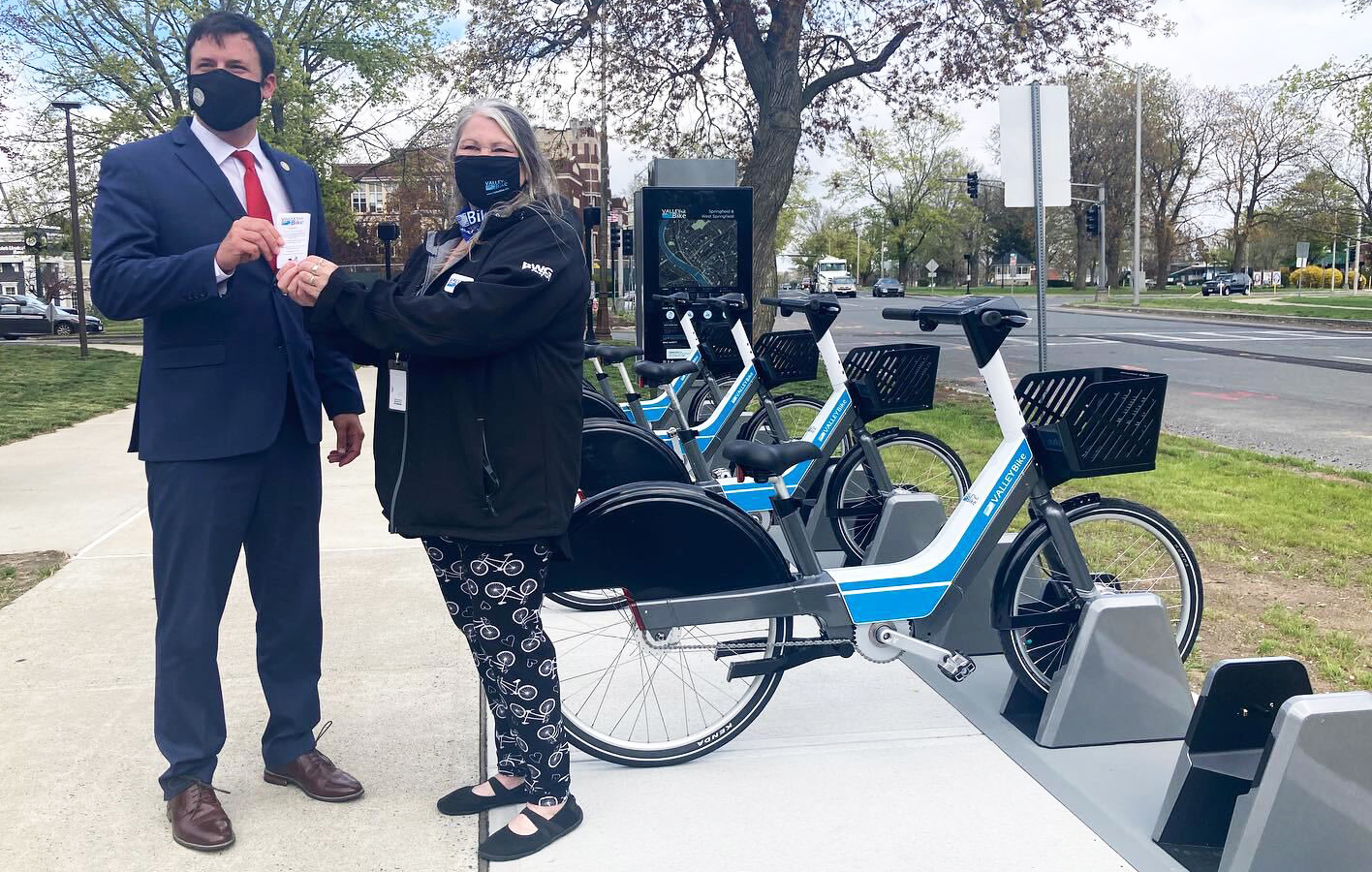 Update: After posting this article, Springfield re-opened their ValleyBike system.

On April 22nd, West Springfield launched their ValleyBike system with a station outside the West Springfield Public Library making it the seventh city/town to join the regional bike share network. The West Springfield system is made up of two stations for now; the second is located on the corner of Memorial Ave and Union St where a major complete streets project is planned to take place. 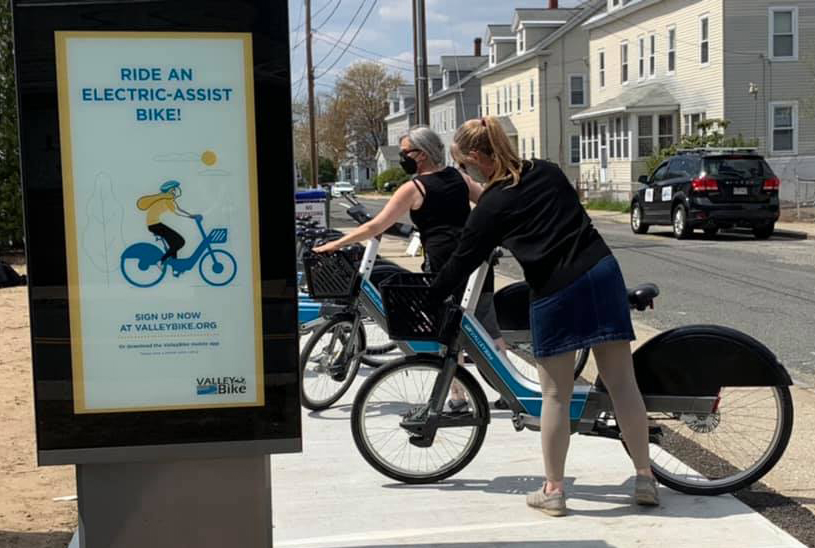 Just a few days later, on April 24th, Easthampton launched a new station on Parsons Street. ValleyBike came to Easthampton in 2019 during the second year of the regional program and Parsons Street is the city's fifth bike share station. The launch in West Springfield and Easthampton addition is just the beginning of ValleyBike’s planned expansions in 2021.

Chicopee is scheduled to launch their ValleyBike system this summer with three stations. The stations will be located at Town Hall on Front Street, Chicopee Falls, and Rivers Park on Park Street. Chicopee’s ValleyBike system will bridge a gap between the stations in Springfield and systems to the north. However, Springfield’s system is still closed due to COVID-19 concerns and is the only system that has remained closed throughout the pandemic. 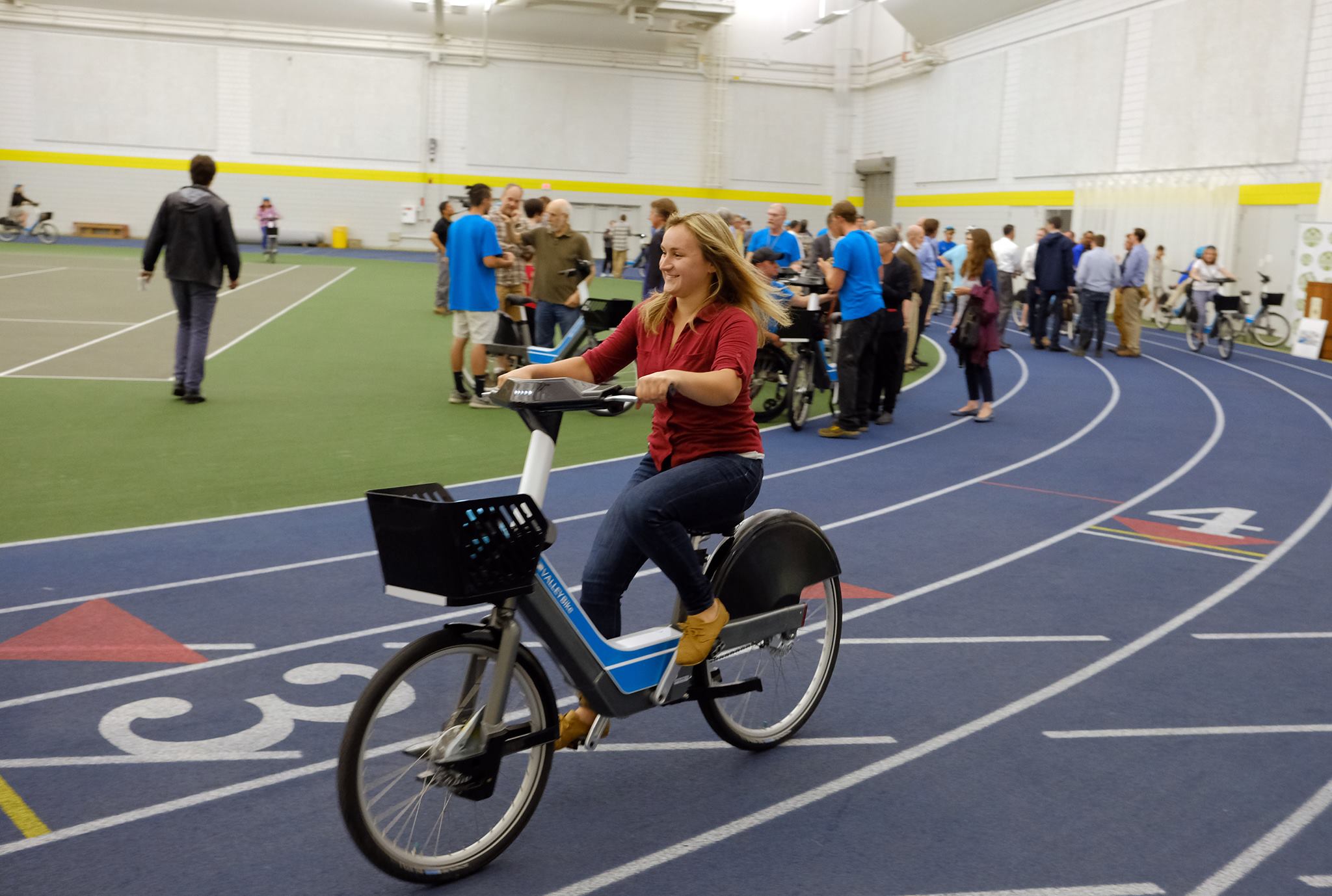 Northampton, one of the original cities to kick-start the regional bike share network, is further expanding their ValleyBike system by four stations. The stations will be located at: Slavo House on 81 Conz Street, King Street 301 King Street, Bay State Village Riverside Drive Northampton, Leeds Village 265 Main Street Leeds. Northampton already has the densest ValleyBike network which has been shown as a key factor to a vibrant bike share system.

While only the Chicopee and Northampton expansions are confirmed for 2021, there is more growth on the horizon for bike share in the valley. Holyoke was recently awarded a grant from MassDOT’s Shared Winter Streets & Spaces Program to add stations to their ValleyBike system. Funding is currently one of the biggest hurdles cities and towns face in expanding or starting bike share systems. Massachusetts District 7 Representative Ayanna Pressley is a co-sponsor of the Bikeshare Transit Act which would open up federal funding for bike share systems. This act would not only bolster expansion to both ValleyBike and BlueBikes, but potentially help kickstart new bike share systems in communities throughout Massachusetts. 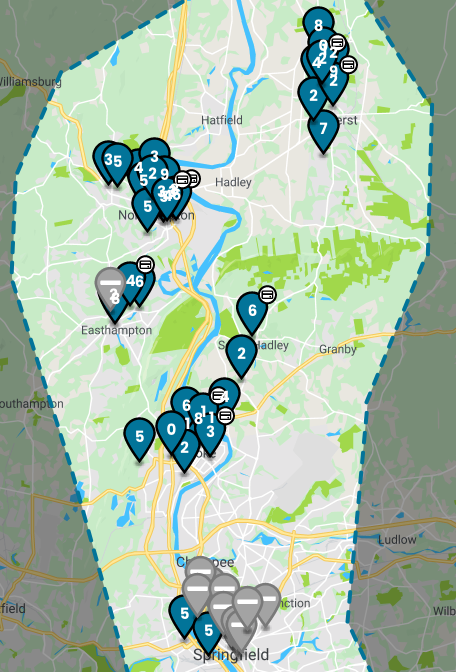 The regional ValleyBike network is a true gem, with one membership you can get riding across the valley. Since the bike share network launched in 2018, riders have logged over 170,800 trips on the shared electric pedal-assist bikes. Due to the regional nature of the system, the electric pedal-assist bikes (e-bikes) are key to helping riders travel between communities. E-bikes allow riders to pedal farther and over longer distances with less effort. ValleyBikes are often seen along the Mass Central Rail Trail as riders make the over seven-mile ride between station Amherst and Northampton. With the electric pedal-assist, casual riders can easily make the trip and as the ValleyBike system expands riders will be able to travel throughout the region even easier.

The electric pedal-assist bikes and connected regional network is especially useful for transportation between communities. Equity has been a big topic surrounding bike share as operators work to ensure access to low-income communities that rely on the systems for transportation. ValleyBike offers a heavily-discounted Access Pass to residents who are currently receiving S.N.A.P. Benefits or Section 8 Housing, or MassHealth Standard, due to the pandemic Access Passes are currently free for 2021. The system closure in Springfield has affected low-income riders who had come to rely on the system for transportation. The closure also currently cuts off the newly launched West Springfield system from the rest of the ValleyBike network. For the network to best serve the valley, all of the systems must be open and accessible to riders.

Besides being a great way to get more people bicycling, bike share has been shown as a valuable transportation and recreation tool. The strong, connected regional network in the Connecticut River Valley really is one of a kind in the bike share, where networks are oftentimes confined to dense, urban areas. As the system grows we’d like to know, where would you like to see ValleyBike stations?