As the newly elected Chapter President of MassBike Pioneer Valley I was excited to attend my first National Bike Summit. The Summit is hosted by the League of American Bicyclists and brings bike enthusiasts from around the U.S. to the nation’s capital. I couldn’t wait to attend the workshop on Developing a Dutch Cycling Culture after having spent a few days in Amsterdam last fall and being blown away by the amount of folx biking in the city. I was also looking forward to getting on two wheels for the Womxn Suffragist ride around the capital celebrating the 100th Anniversary of womxn right to vote. Most importantly, I was excited to connect with people who love bikes from around the country. 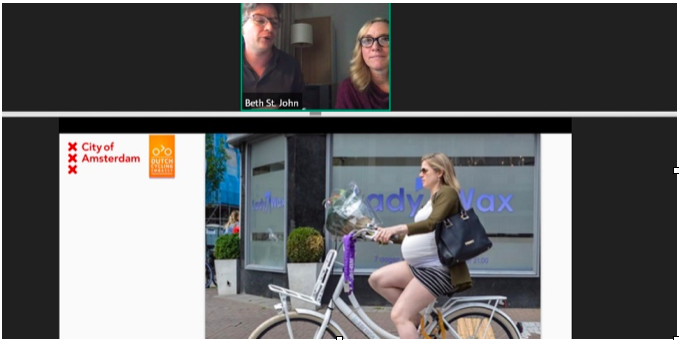 As it got closer to my departure date the Coronavirus started to spread in the U.S. The League wisely made the decision to cancel the conference and moved it to a virtual format. I was still able to attend the workshop on Dutch Cycling Culture and many others. I was impressed with how quickly the League was able to transition to an online format. Little did I know that a few weeks later all of my work would transition to Zoom video conferences.

Then it was time for our lobby day. Instead of running around in our professional garb, speeding across the capital lawn from the House to the Senate we coordinated 20 – 30 minute conference calls with congressional staff. I have spent much of my career as a environmental lobbyist so I was looking forward to advocating for better and safer cycling. I was impressed at how well the calls went and the time we were able to get with staffers, given the chaos erupting in Washington, D.C. All of the staff were engaged and supportive and I once again felt lucky to live in a state with such great representatives. The 2020 National Summit will be one to remember and I look forward to attending the 2021 summit and biking around the U.S. Capitol celebrating the 101st Anniversary of womxn’s right to vote. 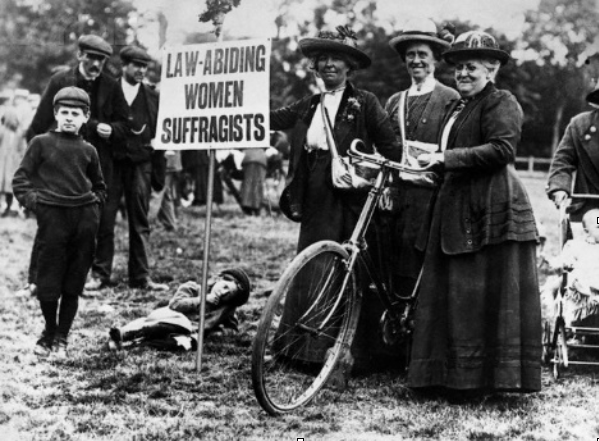