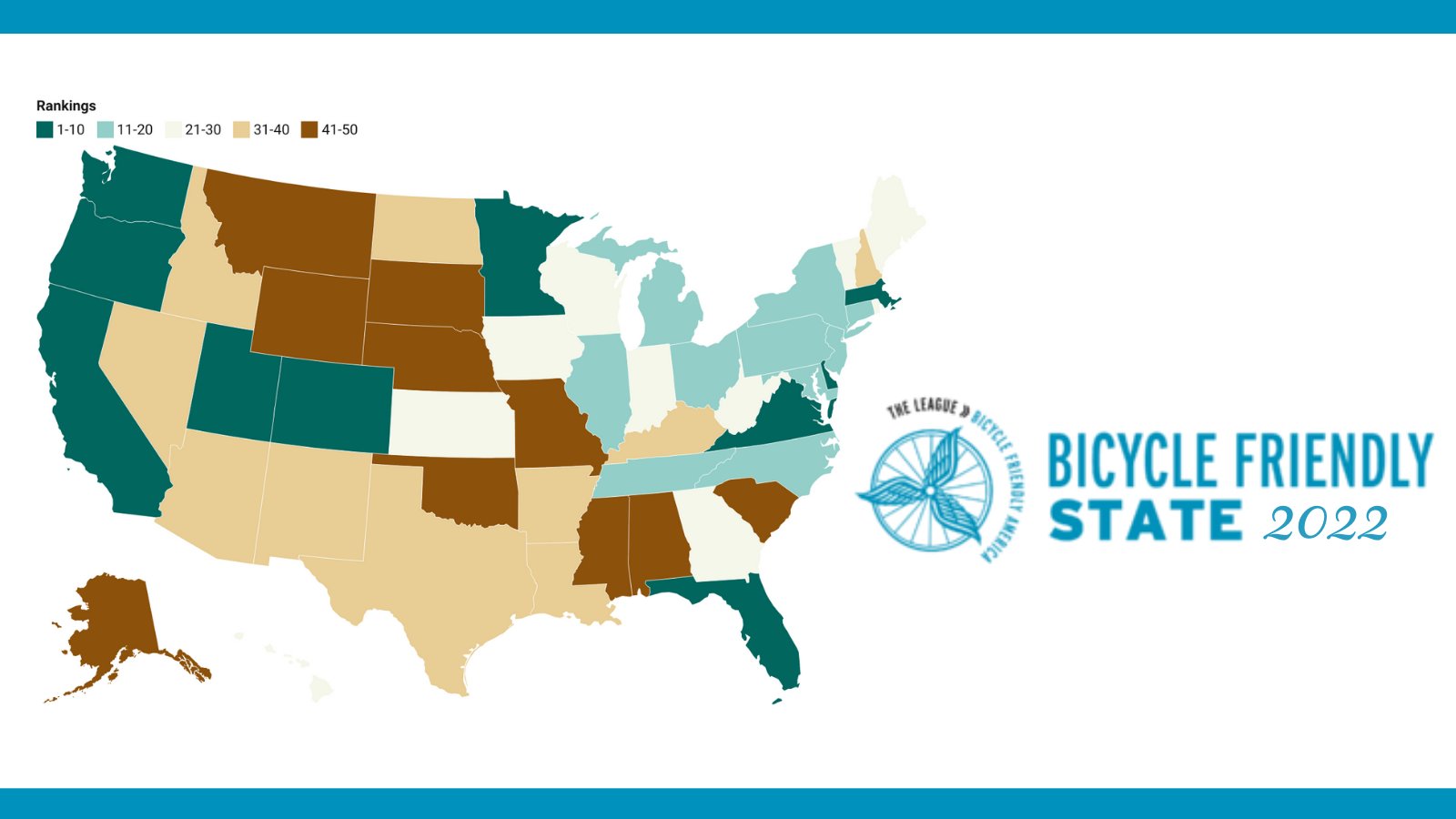 The League of American Bicyclists announced that Massachusetts is #1 in their 2022 Bicycle-Friendly State Rankings! We’ve come a long way since being state #5 in the last rankings and we have advocates like you to thank for our new top spot. Thank you to all our coalition partners and advocates across the commonwealth, this ranking is in no small part thanks to all of your collective efforts.

“We’re excited to see Massachusetts rewarded for the many bike-friendly initiatives that have made bicycling better across the state,” said Galen Mook, Executive Director of the Massachusetts Bicycle Coalition.  “Across the commonwealth, we are seeing improvements in communities from the Berkshires to Cape Cod due to statewide policies and programs such as MassTrails, Complete Streets, and the Shared Streets and Spaces grants, all focused by a robust Bicycle Transportation Plan. We’re grateful to have strong partners in our work, and MassBike looks forward to supporting the expansion of these policies and future initiatives that ensure equitable access to safe and enjoyable bicycling for everyone across Massachusetts.”

Our statewide policymakers and elected officials heavily contributed to our first-place ranking, implementing bike-friendly initiatives and policies that support communities across Massachusetts. Funding programs like Complete Streets, Shared Streets and Spaces, and MassTrails not only created safer spaces for bicyclists but made us a national leader in bike-friendly policy. You can learn more about the steps taken by the Baker-Polito Administration since 2015 to support and promote bicycling from the recent MassDOT Press Release about our new ranking.

Take a deep dive into the bike-friendly rankings with the 2022 Bicycle Friendly State National Report. You can also check out the Overall Ranking Report Card and the Massachusetts Report Card to learn more about why we earned the top spot.