We were thrilled to join forces with over 400 bike advocates in Washington, D.C. for the 20th National Bike Summit with the League of American Bicyclists. After hearing from fantastic speakers and panelists (some from our own state delegation!) we met with 11 of our federal senators and representatives to discuss a number of issues that will impact bicyclists at home in Massachusetts.

The most exciting part of this year’s delegation was just how many speakers we had among us! 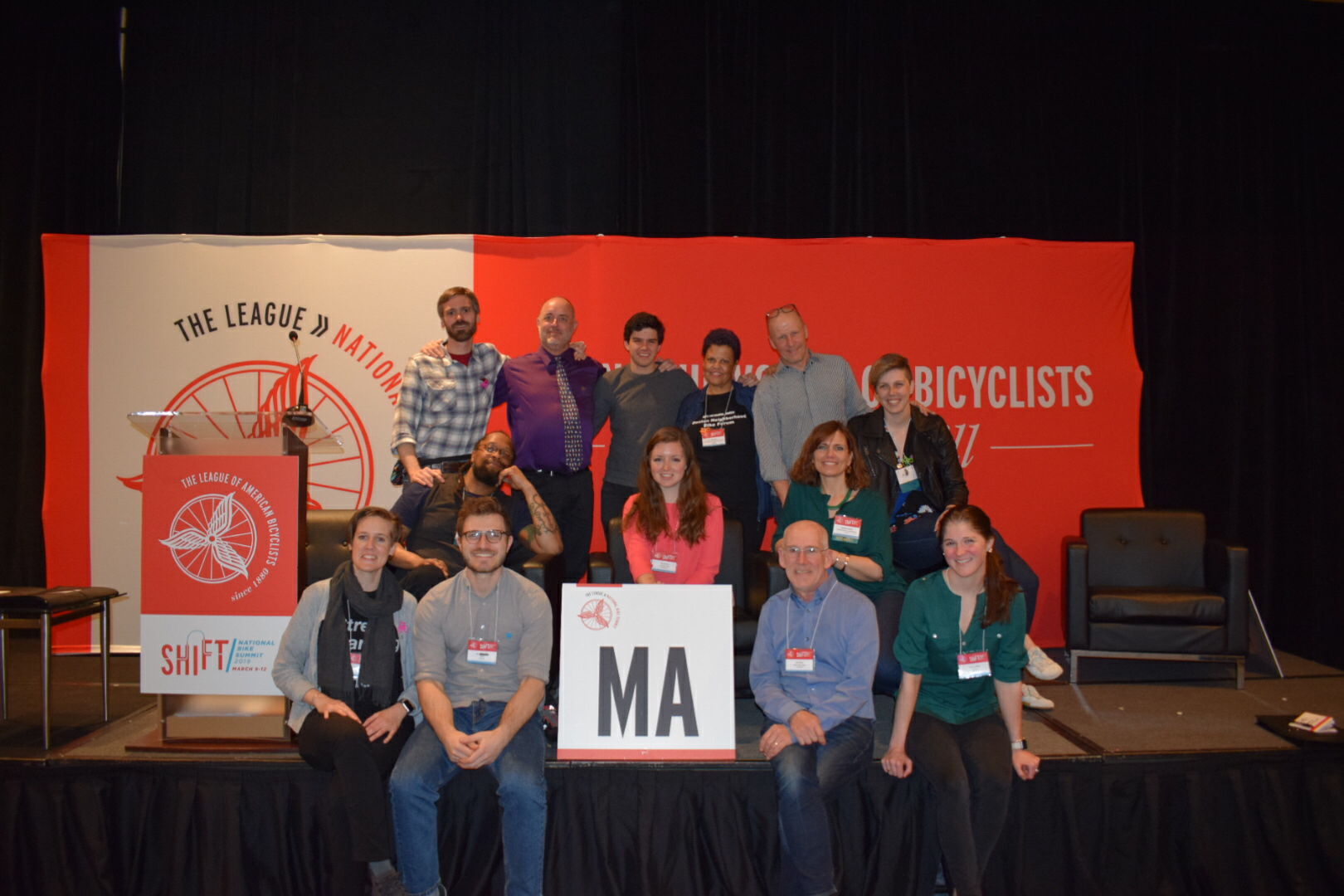 First up was Laura Gray, Board President of CommonWheels. Laura explained how a partnership with Boston Children’s Hospital allowed them to develop a three year expansion plan to bring their educational programming directly to their community of Allston/Brighton. 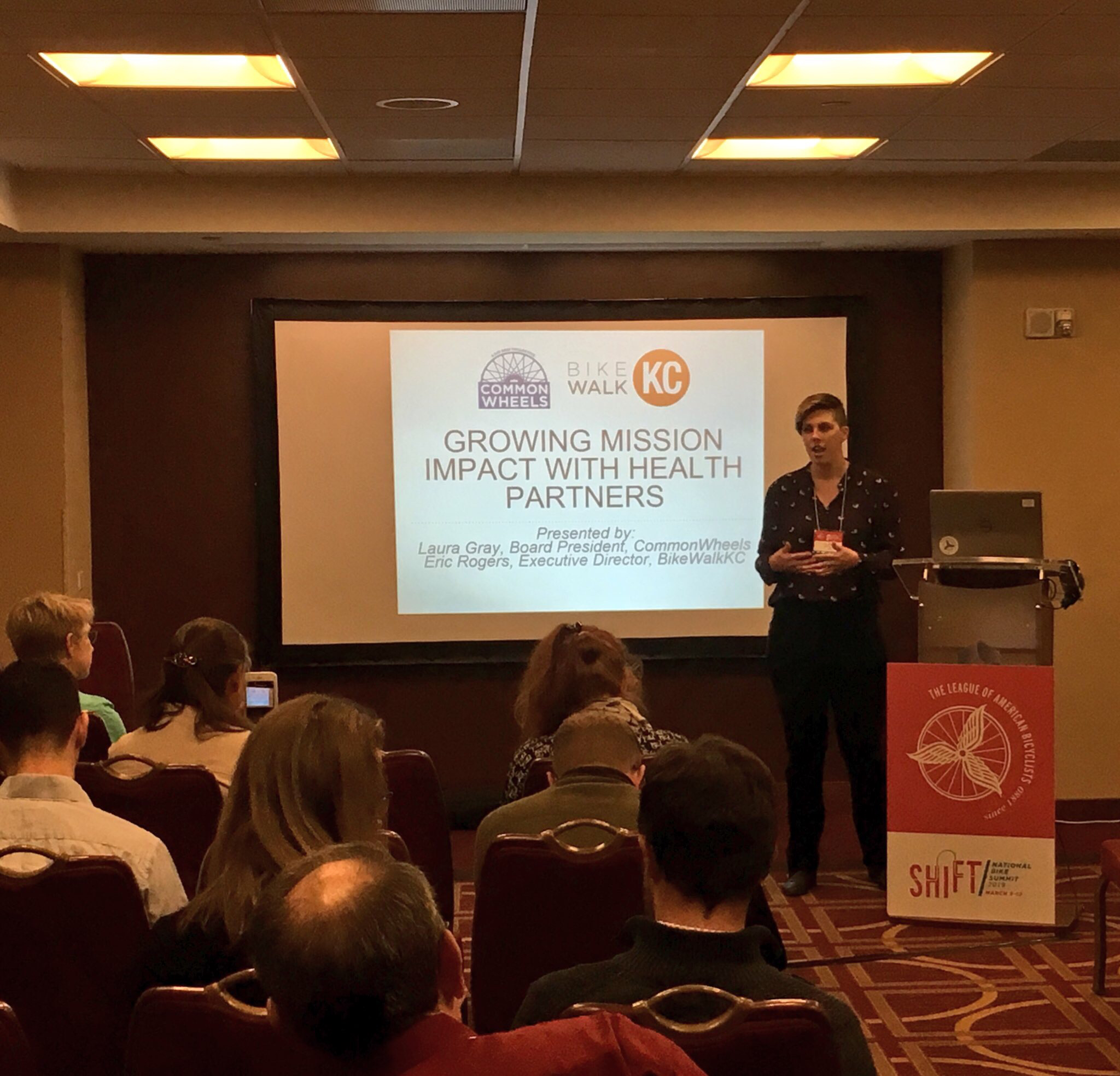 Next, we heard from Monique Trammell, founder of Worcester Women’s Cycling Club and the American Women’s Cycling Network. In a male dominated sport, Monique challenges (and supports!) women to start their own cycling club and to be the spark in their community. She has written a how-to guide to make it easy! 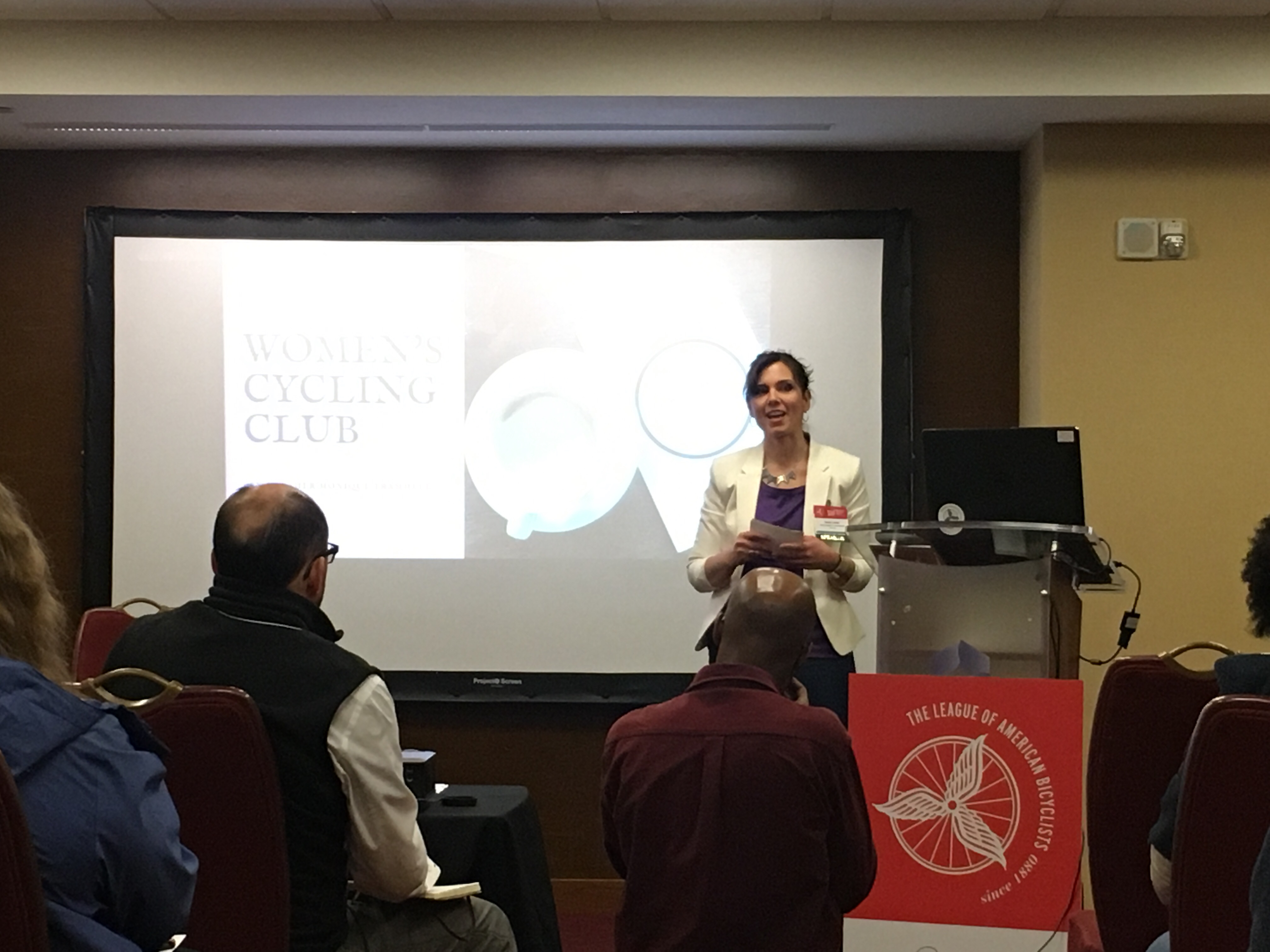 We also heard from MassBike Executive Director Galen Mook and his BikeTalk 88.1 co-host Gamal Smith at the Creative Advocacy Sprint session. They touched on reaching new audiences and spreading the joy of bicycling through listening to their callers. Engaging with people and talking with them, rather than at them, was an important shift. 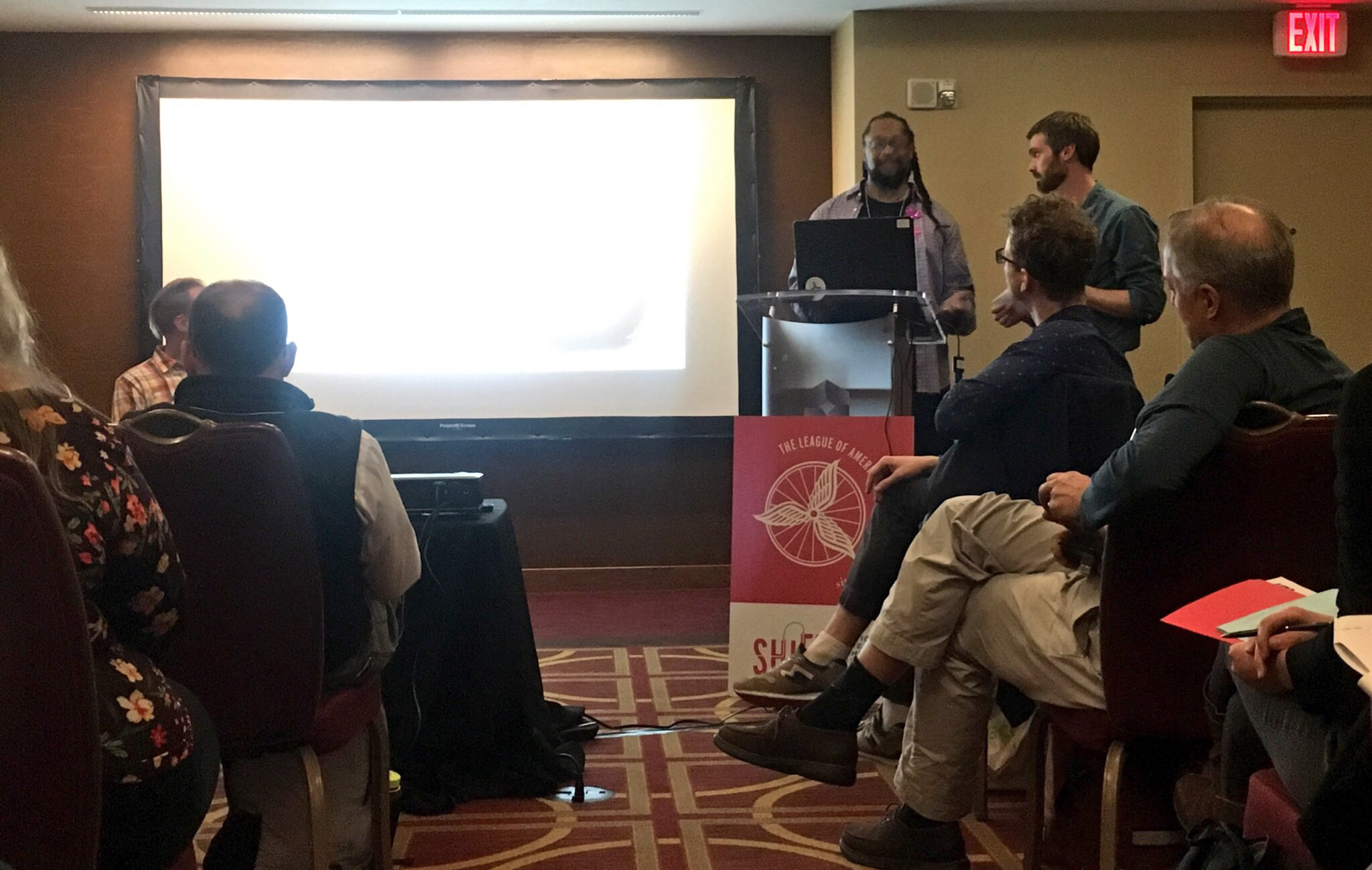 To cap it all off, Vivian Ortiz, educator and advocate in many Massachusetts communities, was the recipient of the Susie Stephens Joyful Enthusiasm Award for her work. She highlighted the need to talk to all people about the joy of riding, and not just those who look like riders. Everyone can become joyfully enthusiastic about biking! We were thrilled to hear Vivian share her story on the National Bike Summit Stage. Watch the full video of Vivian's acceptance speech on our Facebook page.

On lobby day, our delegation took to Capitol Hill to meet with our lawmakers. 7.5 miles of walking and 11 meetings later, we met with almost all of our Senators and Representatives for the state of Massachusetts. We were tasked by the League to ask for support for the Bicycle Commuter Act, which Rep. Pressley has co-sponsored and the Commute Act, while also focusing on issue of funding and safety that can be addressed on a national scale through programs like Transportation Alternatives and the FAST Act. To hear more about these topics, click here! In addition, in each district meeting, we focused on the larger issues of connectivity, mobility, and funding. We’re looking forward to fostering relationships with each of these offices and connecting them to the bicycling community when they are at home in their district later this summer.