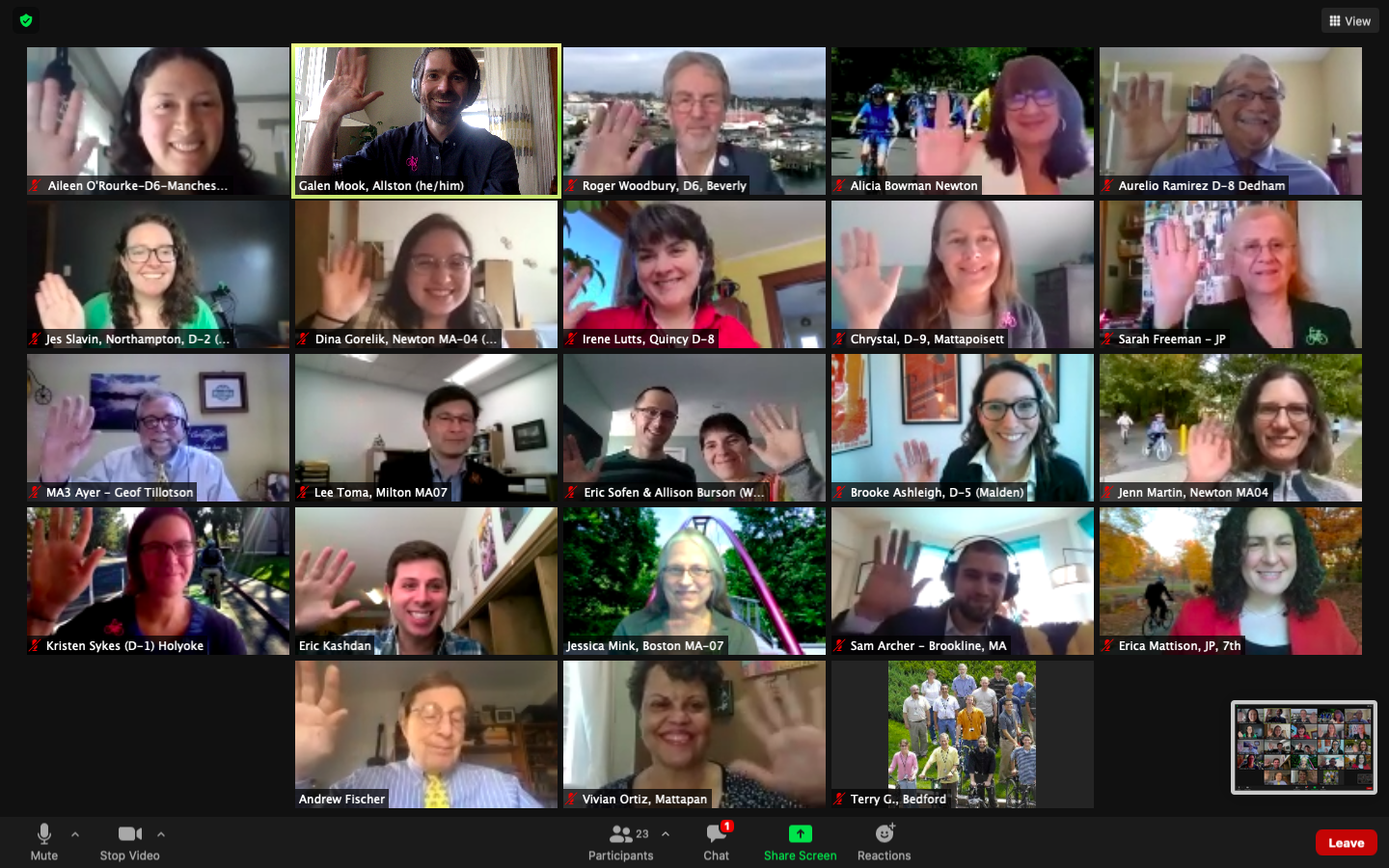 The League of American Bicyclists hosted their National Bike Summit virtually this year and over 30 people from Massachusetts attended the three packed days of bicycling advocacy education and the annual Bike Summit Lobby Day. Our delegation included long-time bicycling advocates, first-time Bike Summit attendees, and youth from all across the commonwealth. We not only had the largest turnout to ever attend thanks to the virtual format but our state's bike-friendly work was highlighted throughout the conference. 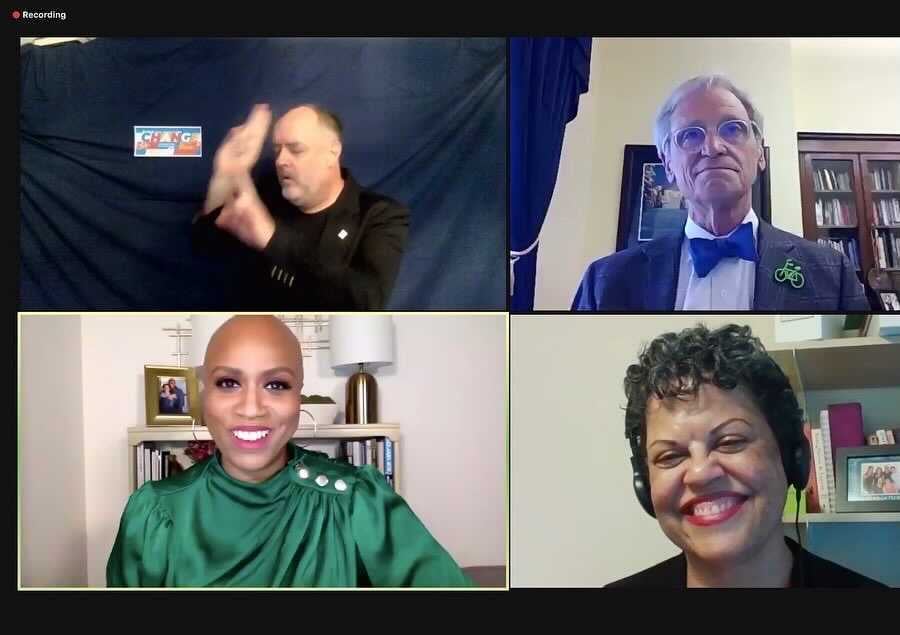 Massachusetts advocates took the spotlight during the Summit’s Opening Plenary. Boston’s Bike Mayor & Bike League Board member Vivian Ortiz gave a heartfelt introduction to Congresswoman Ayanna Pressley (MA-07). Vivian spoke of her bicycling advocacy in Mattapan and how Rep Pressley has become a champion in her district when it comes to bike-friendly initiatives.

Congresswoman Pressley’s address inspired us all as she described how biking can inform joy. She noted that “Policy is [her] love language” & outlined her bike-friendly initiatives that have equity and racial justice at the forefront. As co-chair of the Congressional Bike Caucus, Congresswoman Pressley recently introduced two bold bike-friendly bills, the Bikeshare Transit Act and the Bicycle Commuter Act, along with Congressman Earl Blumenauer (D-OR) and Congressman Vern Buchana (R-FL). Rep Pressley is just one of Massachusetts’s many bike-friendly champions in Washington and we were proud to have one of our hard-working elected officials so prominently featured.

The Bike Summit was filled with educational sessions led by bicycling experts and supporters from all across the country. Keynote speaker, Charles T. Brown, delivered an address about Arrested Mobility and the adverse outcomes of over-policing BIPOC mobility. He left us with the question, “What does it meant to be a bicycle community or a strong town where Black, brown, and low-income people lack safe and equitable access to the infrastructure these communities are rewarded for?” A question we will be keeping at the forefront of our minds here at MassBike as we work for more equitable access to bicycling across commonwealth.

During the educational sessions, representatives from Massachusetts got to highlight the great bicycle-friendly work we are doing across the state. MassBike’s Executive Director, Galen Mook, and Allison Burson, a MassBike Board Member and Program Manager for The Lawrence & Lillian Solomon Foundation, joined Kate Fichter of MassDOT on the “Slow Streets and Quick Builds: Infrastructure in the Age of COVID” panel. They discussed the Massachusetts Shared Streets Program and how it helped create better biking throughout the commonwealth. 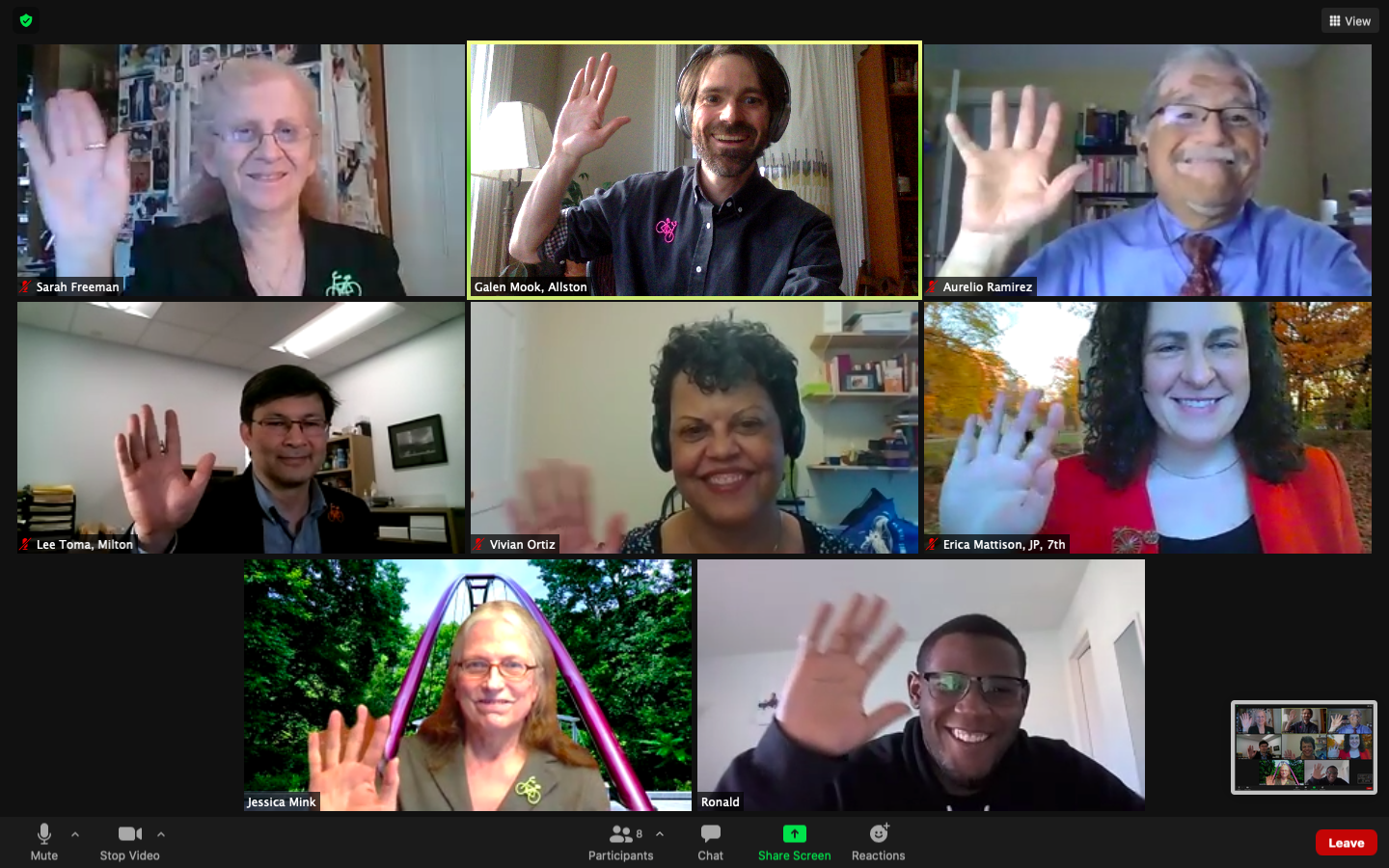 On the final day of the National Bike Summit, our Massachusetts Delegation participated in the Bike League’s annual Lobby Day. For the first time, our Lobby Day coalition included a constituent from every district across Massachusetts. In these meetings, we started to build the foundation of strong relationships with congressional office staffers while making specific asks set by the League. We talked about local issues across the state from on-street infrastructure to rail trails to bike share and beyond. One of the best parts of Bike Summit Lobby Day meetings is getting to reconnect with staffers we've worked with previously. We had a great chat with Ronald from Rep Pressley's office who is the lead on transportation policy and a good friend to MassBike.

In our meeting with Senator Markey’s staff, 23 delegation members got to share personal stories about why bicycling is important to them and extend their thanks for the Senator’s bike-friendly work. This is just the beginning of this year's advocacy work with our public servants in Washington. If you didn’t participate on Wednesday, we hope you consider joining us for future lobbying efforts to make bicycle-friendly changes in your district. 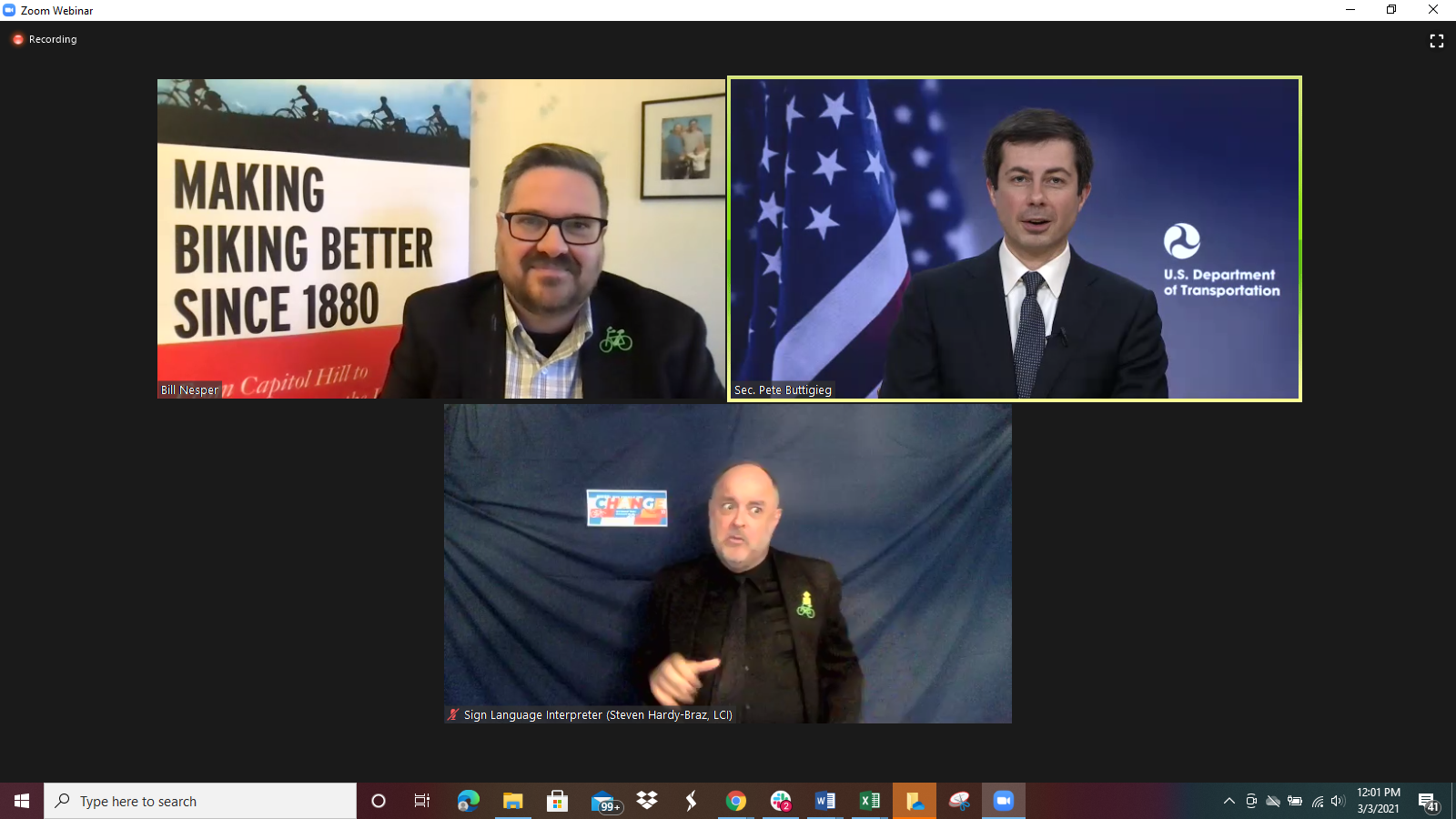 In addition to our meetings, Transportation Secretary Pete Buttigieg addressed the Bike Summit during Lobby Day. Secretary Buttigieg has a long history of working with the League of American Bicyclists from when he was the Mayor of South Bend, Indiana and he currently uses Capital Bike Share to commute in DC. 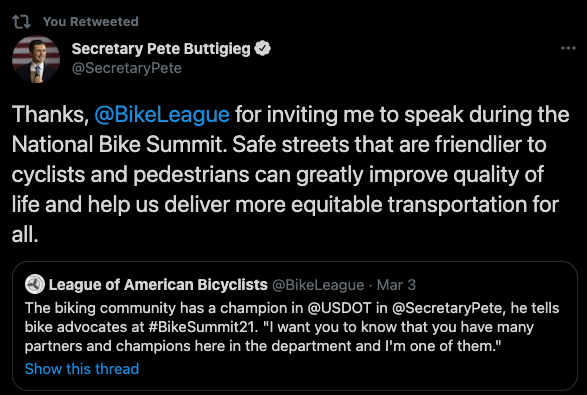 Secretary Buttigieg called out how we have a “once in a generation opportunity” right now to ensure multi-modal options on our street and noted that, “We’re going to be a better, safer, and cleaner country the more people have safe options to get around”. He even spoke in support of e-bikes as a way to bolster bike commuting. Secretary Buttigieg’s appearance at the Bike Summit shows this administration’s commitment to a more bike-friendly America and is a hopeful sign that we will have the political support to make the most of our current bike boom.

As usual, the National Bike Summit provided a productive platform for bicycling education and coalition building. MassBike is proud to have such great advocates in Massachusetts and to be able to showcase our bicycle-friendly work on the national stage. We are also grateful for all of our bicycle-friendly champions in Washington who make for such uplifting meetings during the Summit Lobby Day each year. We posted key takeaways and insights throughout the Summit on the MassBike Twitter, which you can check out to learn more, and we hope you join us at the next year’s National Bike Summit.