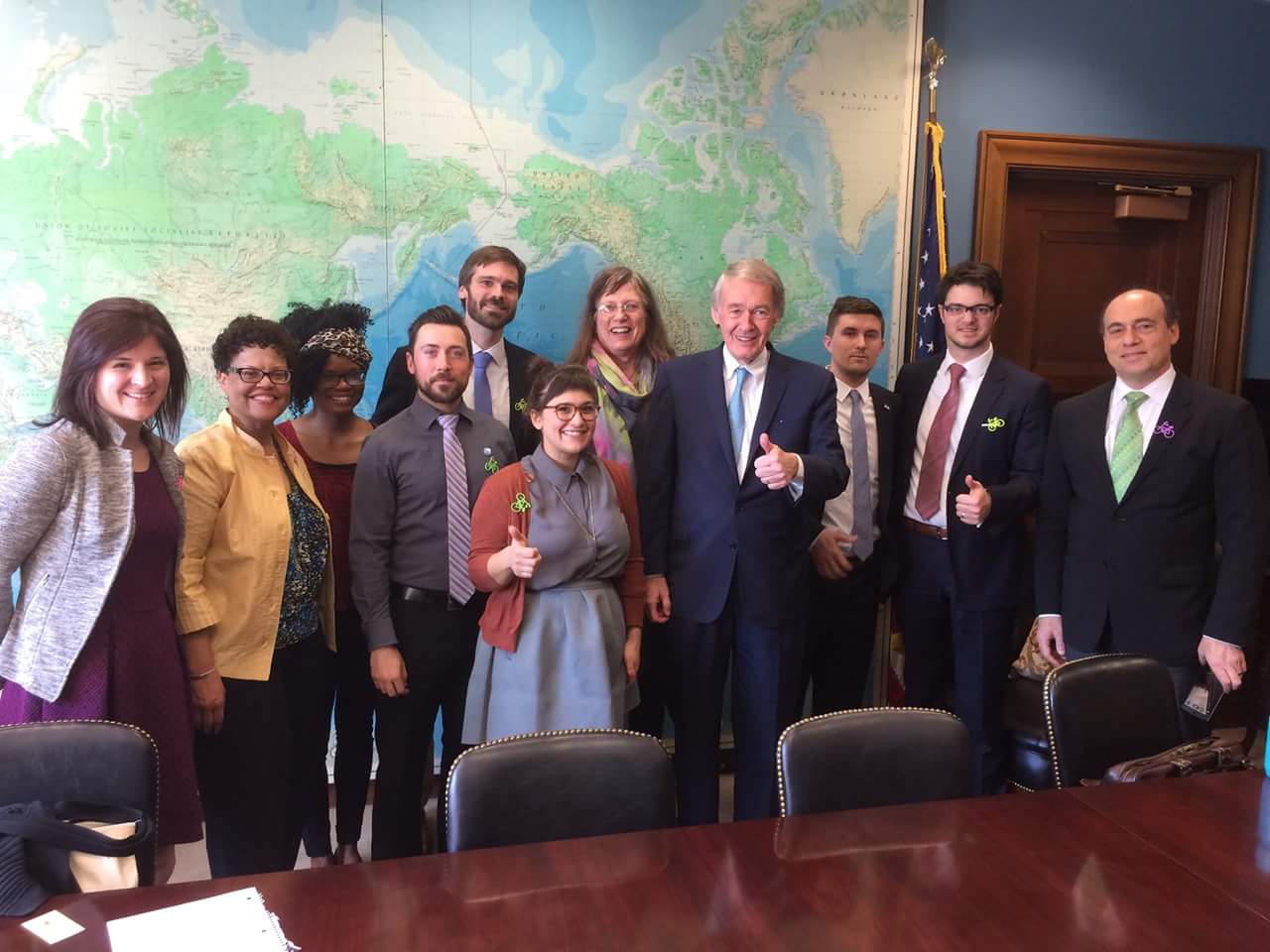 Legislative advocacy season is currently in full swing at both the state and national levels. Usually, the MassBike team along with a group of bicycling advocates from across the state would be headed down to Washington D.C. for the League of American Bicyclists’ National Bike Summit. The Summit is a time to learn from bicycling supporters from across the country and engage with our stalwart public servants during the annual lobby day event on the hill.

Like much else, this year’s National Bike Summit has moved to a virtual format. So, we are logging in for education and advocacy from behind our screens.

While many of us will be missing the in-person camaraderie that the Summit brings, this virtual format has allowed us to bring the largest Massachusetts Delegation ever to the Summit. Over 30 Massachusetts advocates are attending this year and will be bringing back a wealth of information to their communities. This ability for increased participation will allow us to further take advantage of the bike boom and further our impact to make our communities more bike-friendly.

Beyond the educational benefits, one of the more important aspects of the Summit is the opportunity to engage with our elected officials during lobby day. Each year, the League of American Bicyclists puts together a list of bike-friendly bills and initiatives to ask our electeds to support. This year is a transportation reauthorization year, which gives us the opportunity to push for more bicycle-friendly transportation initiatives.

We benefit in Massachusetts from having bicycle-friendly public servants in Washington. Senator Markey recently introduced two key pieces of legislation to help improve bicyclist and pedestrian safety– the Complete Streets Act and the Connecting America’s Active Transportation System Act. These bills ensure investment in bicycle-friendly infrastructure and pathways to help bicyclists ride safer between and within our communities. In the House, we have several representatives who are leaders in bicycling and transportation. Representative Pressley, MA-07, is the Co-Chair of the Congressional Bike Caucus and the Future of Transportation Caucus. Representative Auchincloss, MA-04, and Representative Moulton, MA-06, are on the House Transportation Committee. We have champions for better biking in every district across Massachusetts.

Senator Markey’s Complete Streets Act is one of the bills that National Bike Summit participants from across the country will be asking their elected officials to co-sponsor. This year, the League is also asking for support for the Transportation Alternatives bill and The SAFE Streets Act. Learn more about all the League's asks for this year's Lobby Day:

Complete Streets required communities to plan, design, and build streets for all users. This includes pedestrians, bicyclists, and public transit users, not just cars and freight vehicles. Over 35 states, including Massachusetts, have Complete Streets Policies. This bill, introduced by Senator Ed Markey, will create a policy at the national level.

Stay tuned to our Twitter for real-time updates during Lobby Day and join the conversation with MassBike. The League of American Bicyclists is hosting a bike-side chat with Secretary Pete Buttigieg during Lobby Day which we will be posting updates from and we look forward to hearing how this administration plans to support a more bike-friendly country.