This is the third installment of the Riding the Border to Boston (B2B) Trail series, Read Part II Here 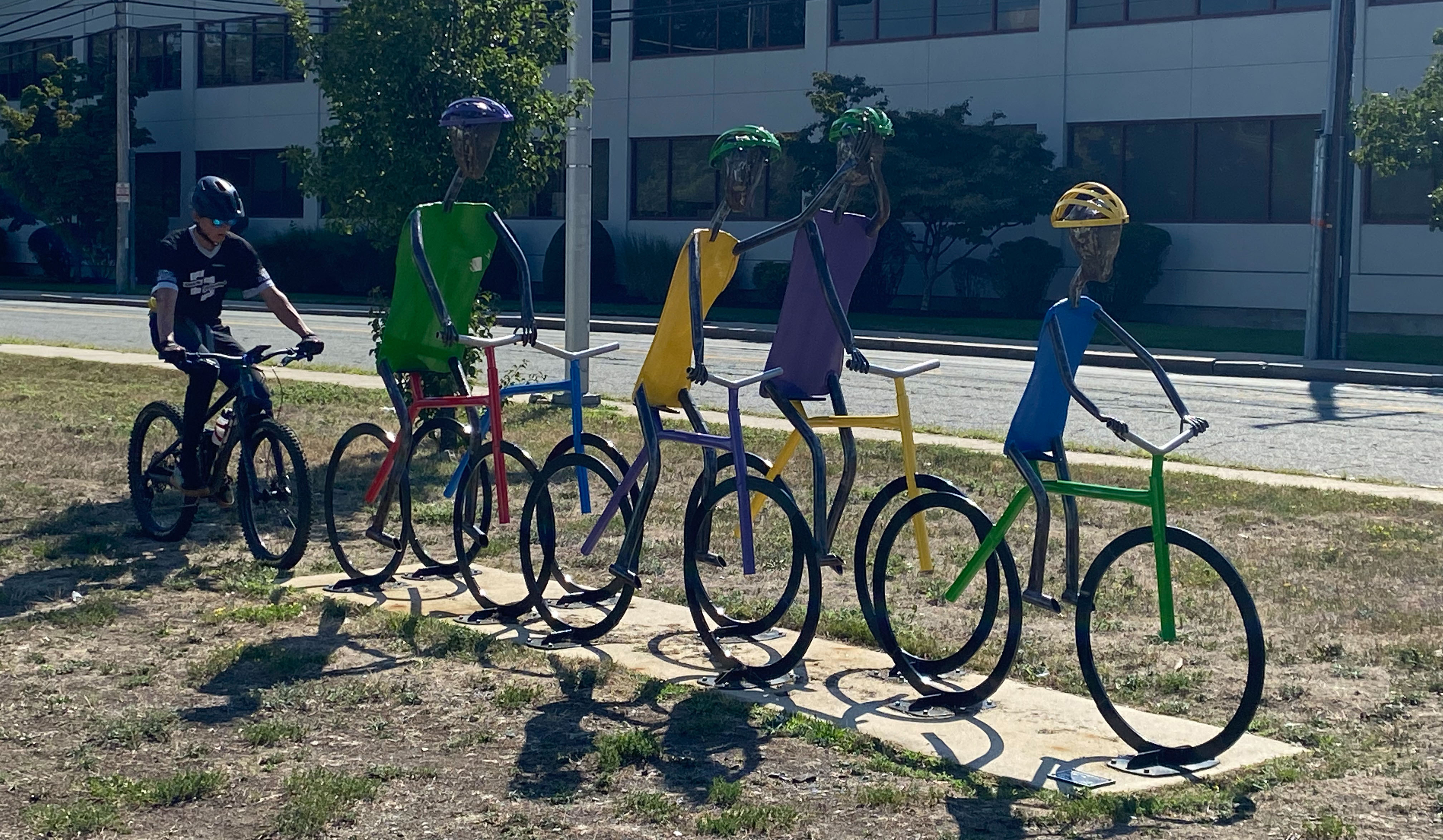 For our third ride, we rode twenty miles from Swampscott to Everett via the Swampscott Rail Trail through Lynn to the Northern Strand Trail with a short detour to Nahant. Our ride time was 2 hours and 19 minutes, but our total time was 3 hours and 10 minutes because we stopped for coffee and to take pictures. To make navigating more manageable, we kept the East Coast Greenway route map open and followed it. For this ride, we both used our enduro mountain bikes which are heavy and have a lot of suspension. It was nice for riding down staircases, but it slowed us down a noticeable amount. The whole ride was paved, so any bike would work. 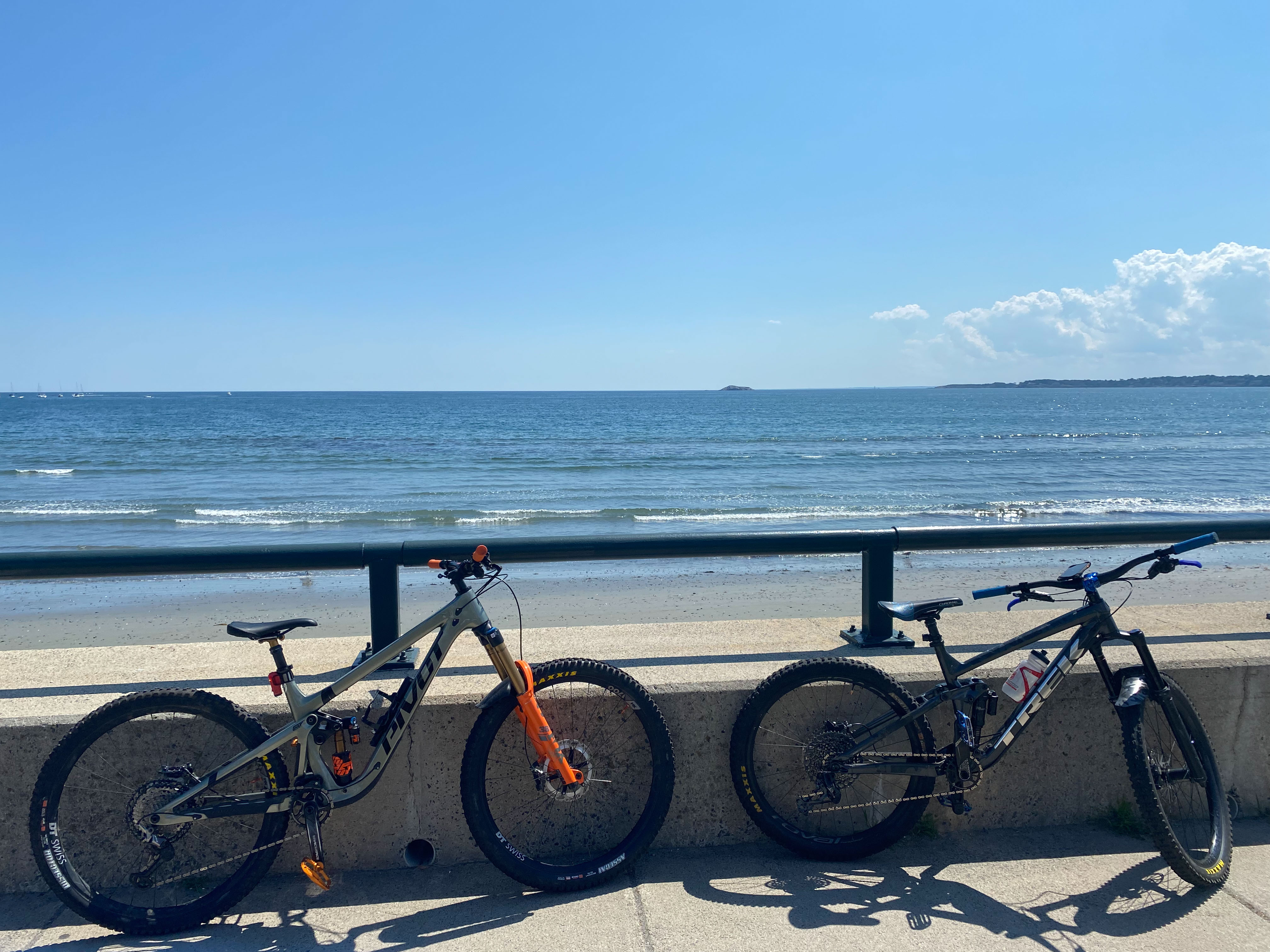 View from the path in Nahant Bay

The route through Swampscott and Lynn goes along the ocean, which was really pretty. We stopped at a Dunkin Donuts in Lynn (corner of Lewis and Bassett Street). Bode got a Mocha latte, Aidan got a refresher, and we both got bacon egg and cheese sandwiches. Then we brought our lunch to Red Rock Park in Lynn near the water. We saw Nahant on the map so since it was such a beautiful day, we decided to bike out to it. There was a nice path that we took that ended in Little Nahant, then we reversed it then crossed part of Lynn on sidewalks and bike lanes. After the round-a-bout near Market Basket in Lynn, we got onto the Northern Strand Trail (NST), which is a smooth, paved long trail from Lynn through Saugus and Malden that ends in Everett. The trail is supported by Bike to the Sea, a nonprofit that has been working to complete the Northern Strand Trail since 1993. 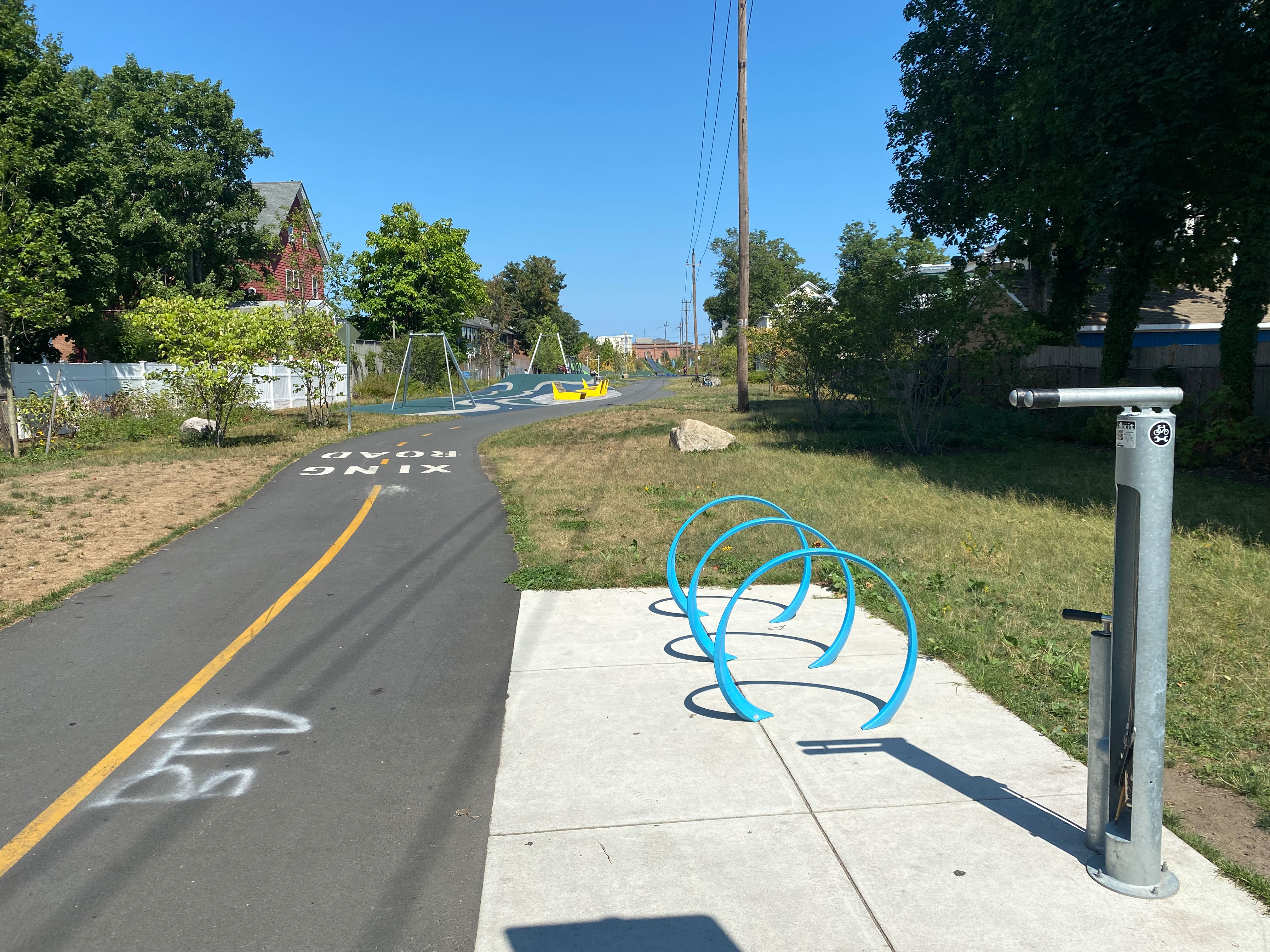 On this trail there was a playground right on the side with a zipline off the trail so we decided to stop there and check it out. If 17 year olds enjoyed it, a little kid would have lots of fun there. A little bit farther down there was another Dunkin Donuts right on the trail at Beach Street in Malden so we stopped for coffee again, since it was right there. A little after Dunkin we made a wrong turn on the NST where it crosses Centre Street but we found our way back onto Canal Street pretty quickly. On our last stretch we rode the Everett Riverwalk which is a pleasant trail right off the NST by the Malden River and Rivergreen Park. You could see some great wildlife with plenty of benches and space for enjoyment. Overall, this was a great experience. It was fun to do on a perfect, sunny day. Next time, we’d probably bring our bathing suits! 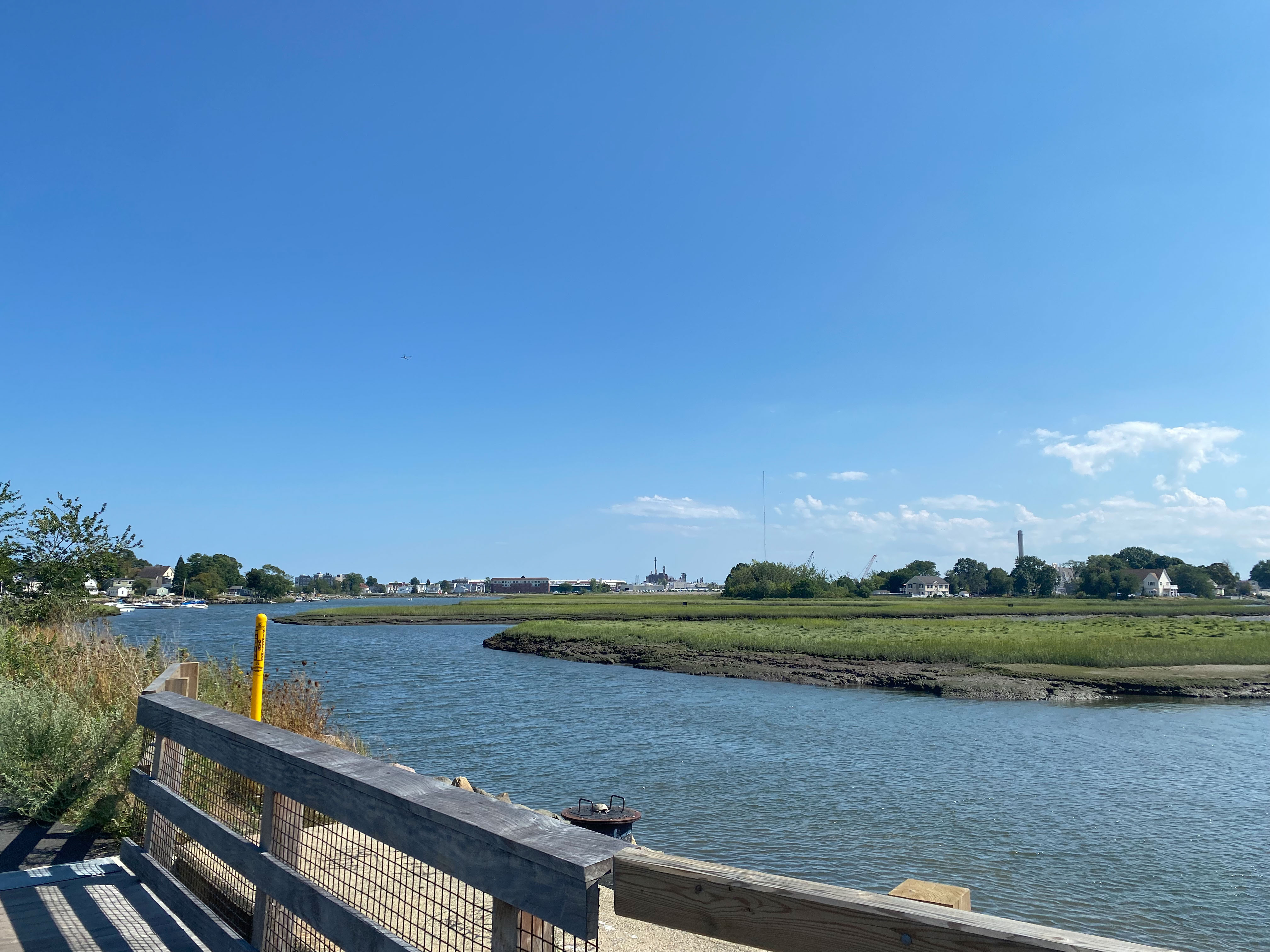