The Surface Transportation Reauthorization Act of 2021 provides a terrific opportunity to gain essential funding for active transportation projects. On May 26th, the Senate Environment and Public Works Committee voted unanimously to report the bill out of committee with the inclusion of the Markey-Sullivan amendment, also known as the Connecting America’s Active Transportation System Act.

The Markey-Sullivan amendment provides $200 million in dedicated funding for connected active transportation networks and trails through a competitive grant program. This funding is a high priority for MassBike and active transportation advocates across the country and will expedite walking and bicycling infrastructure, reducing reliance on cars in our communities. 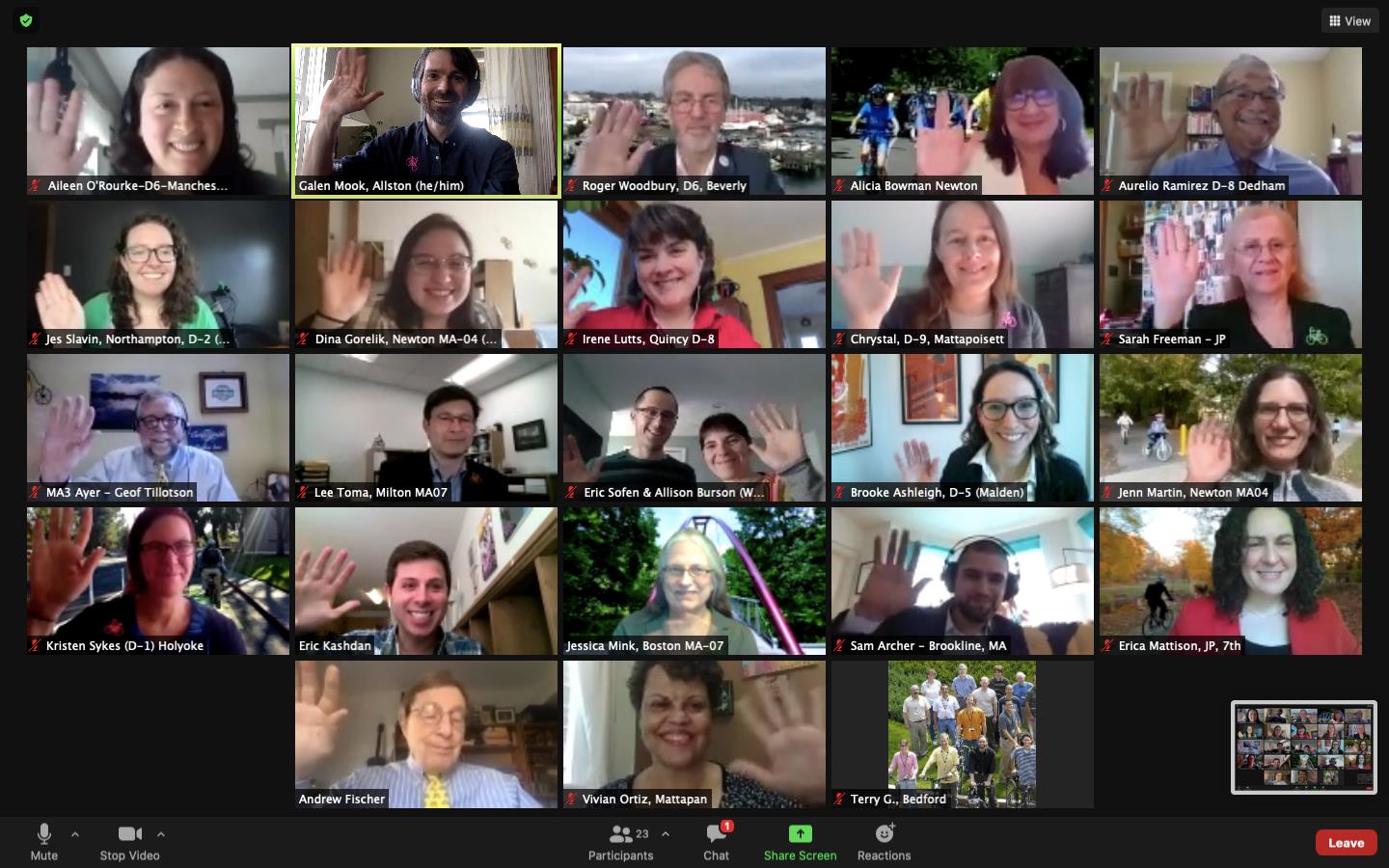 Earlier this year, a group of Massachusetts bike advocates participated in the League of American Bicyclists Virtual Lobby Day where we shared stories with Senator Markey’s staff about the importance of bicycling infrastructure. We left our meeting feeling heard by his staff and Senator Markey’s push to include the Connecting America’s Active Transportation System Act in the Surface Transportation Reauthorization Act shows we were right. We are proud to have a bike and pedestrian champion in Senator Markey who continually fights for dedicated active transportation funding at home and in Washington, DC!

Please take a moment to contact Senator Markey’s Office and thank him for his hard work on getting this amendment included in the bill and for his continued leadership on bike and pedestrian priorities.